Totes perf read for your inner...FANGIRL by Ken Baker

Hi there!
Welcome back to the Sunday edition of Satisfaction for Insatiable Readers.  Today we are making our home in the realm of Young Adult fiction but looking at the fangirlish side of things.  That’s right.  Grab your old T-shirt of NKOTB, BSB or other boy band (or solo act) sensation, and get your vocal chords primed because we’ve been invited to THE EVENT of the year…and how else will your star crush know you exist?  How else indeed.  Today’s book of choice is… 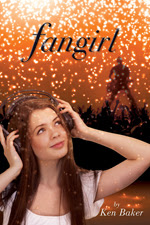 Fourteen-year-old Josie Brant is a straight A-student from , who falls hard for the dreamy pop superstar Peter Maxx. An aspiring song lyricist, she is thrust into the spotlight when her lyrics win a contest sponsored by her celebrity crush. A whirlwind romance via Tweets, IMs, texts and secret phone calls ensues as Josie gets swept up in the chaotic world of a teen heartthrob, but life is not quite as pitch-perfect as the fantasy she’d been dreaming up this whole time.

Okay, I admit it.  I did NOT initially like this book.  Nope.  Bare bones truth.  Don’t get me wrong, Josie was a sweet girl with a #perf #bestie that was totes cool but yeah…you see all that lingo and hashtag-gage going on there?  That’s not even the HALF of what’s in the book.  They are so “teenage girl” that they even have their own language aka abbreviated communication system.  *-*  Maybe it’s the adult in me (then again, maybe not) but it was initially #drivingmeupawall (oh noz! It’s contagious! Just kidding…)…but, as with all books I take on, I pushed through the less-than-ideal aspects in search of that silver lining; thank goodness it wasn’t illusive this time!  In fact, once uncovered, it was so SHINY it blinded me to my previous thoughts (mostly) and left something new in its wake; an appreciation for the story as a whole. 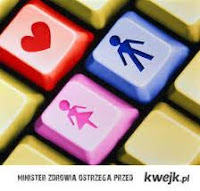 The basics of the book are this….girl crushes on teen pop star, attends concert as self and gets noticed.  Notice is good as both are equally interested even if they have to keep it on the down low.  Distance, time, commitments and public image rear their ugly head to the point of destroying almost everything they’ve created…almost.  Truth trumps falsities in the end (though whose truth and whose lies will remain a secret…hey, I don’t want to spoil it for you, you know?) and people are left to live their lives somewhat happily ever after.  It’s not a fairytale and it’s certainly not about perfect people.  It’s about the difference between the self we present to the public and the self that we truly are.  It’s about the journey we each face to discover the real us whether we are Joe Blow from or celebrity stars awaiting our induction into the Hall of Fame.

For me, the story was good, but the characters are what truly soared in my eyes; the variety amongst the cast and the truth in which they were presented.  Take Josie for example, she’s book smart, a talented lyricist and though shy to some degree, confident enough to be herself…most of the time anyway.  I love that she doesn’t dress to impress others but rather herself and that she’s noticed irregardless by her “idol”.  Just goes to show you that it’s not just what’s outside but what we radiate from within that goes into our overall appearance and appeal.  Then there’s Ashley, Josie’s “friend”…a term I use quite loosely actually after what goes down.  Let’s just say I get it, parental units have the final say in friendships but sticking up for them when you know it’s right can go A LONG WAY in helping that decision be steered correctly.

Keeping with the friend theme, let us not forget Christopher whose story arc was certainly a surprise.  I could’ve sworn I knew where things were headed for him (and someone else) but then, BAM…surprise turn of events.  (Good one, Mr. Baker!)  Next we have D, the next door neighbor supposed “bad influence” and forever ride giver to Josie who…as it turns out, isn’t really quite as badda** as she’s made out to be.  There’s another side to her as there is to most people, and this side even recommends books like Harry Potter (though she did diss my Twilight series…*glares*)!  Gotta give her props for that at least…and for trying to keep Josie on the straight and narrow.  Now we step into the limelight… 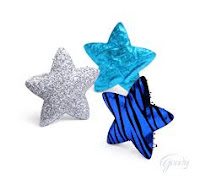 Peter Maxx…what to say about you.  You’re a conundrum to some degree because I equal parts want to like you and smack you upside the head.  How you could be so blind to what was happening is crazy with a capital “C” and the extremes to which you fly off the handle make me wish you could slip into a pair of cement shoes if only for a moment.  Then again, side two of you is rather charming and without the swagger of the princely image you uphold; your geekish tendencies are endearing.  So yes, I sum you up as a conundrum…and you should count yourself lucky Josie was the one you were seeking forgiveness from because me, pfft!  Um, no…or at least not nearly as fast as your reprieve from the dog house was granted.

In the end, it’s a story that most girls will have experienced to some degree in their lives with a wish –upon-a-star granted in a most unconventional and unexpected way.  It will have you cheering with the fans, leering with the mobs, and hoping against hope that someone will please come to their senses and knock this boy down a few pegs but it will also remind you that the struggles we face are not merely celebrity or non-celebrity…but HUMAN.  We are all seeking to find the real us and present it front and center.  That kind of truth requires strength both from within and from our circles of support.  Be the “you” you wish to be and help someone else to discover their true self.  It’s the lesson of a lifetime but one well worth the journey.

Review copy courtesy of Suzanne at Running Press.  (THANKS!)  For more information on this title as well as their complete catalog, be sure to check out their official site.  Curious to learn more about the author behind the book?  Well…as it turns out, Mr. Ken Baker is E! Entertainment Television’s Chief News Correspondent. Ken has interviewed and reported on just about every major pop star in the world—all of whom he proudly has on his playlist. He lives (and writes) in . …and can be reached via his official website, Facebook or Twitter!  This book was released October 2012 via Running Press, an imprint of Perseus Books and should be available now on a bookstore shelf near you. (Oh and for those of you wondering about the title of this post...totes = totally, perf = perfect.  ^_^)

Totes nice review! (did I say that correctly?) :)

Sounds like a cute read, but I don't have your fortitude and don't think I could get past the cutesy language. Although who wouldn't want to be noticed by their teen crush? TTFN!

Alas probably not a read for me - I'm afraid I'd probably find the too cute language sickening after a while.

Best wishes to you and yours, I hope your Christmas is everything you wish it to be.

I think my niece could relate to this book she is 11 and it seems like her thing.

Gina, glad you stuck with this one. I'm with you - love the Harry Potter reference :)