Hi there!
Welcome back to Satisfaction for Insatiable Readers.
Ready for round two?  I sure hope so because I've got another blog tour coming at you.  This time around we're welcoming TLC Book Tours as it ushers a Women's/Historical Fiction title through the blogosphere featuring an author who's no stranger to the book arena.  Ready or not readers, here comes our second guest of the day and book of choice... 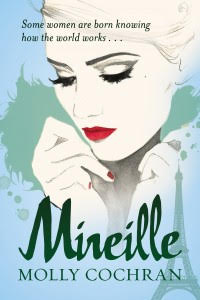 Mireille
by
Molly Cochran
9781477828571
Lake Union Publishing
About the book...
Near the end of World War II, seventeen-year-old Mireille de Jouarre flees the home of her stepfather, a Nazi collaborator and abusive drunk. She finds shelter with her childhood friend Stefan, and the two fall deeply in love. But as the fighting escalates, Mireille must escape alone to Paris, where she discovers she’s pregnant and lacking a way to provide for her child.

So begins her new life as l’Ange—the Angel. After an unlikely meeting with a wealthy aristocrat in a Parisian hotel—and her acceptance of his solicitation—Mireille becomes the most celebrated poule in all of France, eliciting huge fees and invitations to exclusive parties. At one of these events, Mireille meets Oliver Jordan, an American womanizer and film producer, and is soon launching a promising film career. As her star rises, Mireille is determined to bury her past. But her success isn’t as carefree and glittery as it seems, and when her daughter’s future is threatened, Mireille must make a deadly decision in a desperate attempt to finally choose her own path.
~~~~~~~~~~~~~~~~~~~~~~~~~~~~~~~~~~~~
First things first, loving the cover!
It's simple yet chic and highly befitting the leading lady in our story. 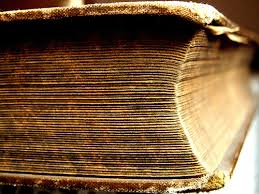 Secondly, this is not a book for the faint of heart...in more ways than one.
It comes in at just under 600 pages, so saying it's a chunkster is a bit of an understatement, and while that alone could be the heart stopper for some, the real jolt comes from the story.  Our lovely lead had a terrible childhood followed up by an adolescence that would have driven more than a few to simply accept her supposed fate and be done with it already, but not Mireille.  True, when things were at their bleakest, she wasn't sure where to turn.  True, after the assault by the homeless person, a death at the hands of Mother Nature seemed like a blessing.  ALSO true though is the fact that despite it all and more to come, she held on to her heart, her convictions within her soul, the love for the one she lost, and the love for the one who's arrival was quite unexpected.  She did what she had to do to make ends meet, separating herself from the acts much like an actress does with a role, and graciously accepted the helping hands she received along the way...even if they led her to a life that she wouldn't have chosen for herself.
As much as the story continues with highs and lows, moments of glory and moments of pain, I can't help but marvel at the main character.  I wasn't prepared for her to make such an impact and yet she did in her quiet and assuming way.  You didn't see her coming and yet when she arrived, you were happy to linger in her presence.  She was written with such a sweet soul, as someone you'd want to befriend in real life, and yet dealt such an ugly hand.  If you could reach through the pages to protect her, you would.  You can't help but feel grateful on her behalf when the taxi driver stops on the wintry cold night, when her "friend" opens the door to her in the wicked downpour, or when the "golden boy" of Hollywood intends on whisking her away from it all.  True, some of these things were destined to be shaded other colors when all was said and done, but it didn't matter in the moment and it allowed us to see our floundering "Dandelion" blossom into a proper rose...beauty and grace intact, but with the ability to ward off those that would do her harm. 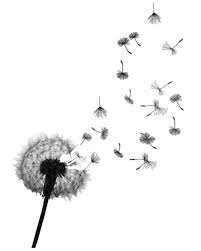 Overall, I found the book highly enjoyable.  It's not a quick read or a light one for that matter, but it digs deeper, allowing readers the chance to really understand where Mierelle is coming from and connect with her on some level.  Her soul is bared for all to see; no apologies, little regrets.  I imagine it will spark some conversations due to her choices at certain points, but when was that ever really a bad thing?  Well written and delivered without pomp and circumstance, you'll find yourself falling for L'Ange in one way another.  Recommended for adult readers to do some content and lifestyles explored.
~~~~~~~~~~~~~~~~~~~~~~~~~~~~~~~~~~~
About the author... 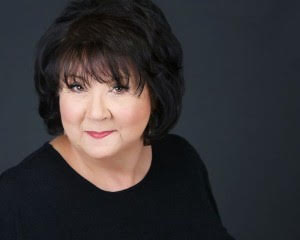 Born in Tokyo, Japan, Molly Cochran lived in Europe and was educated at the University of Pittsburgh and the Sorbonne in France. She has written 26 books, including 12 ghosted novels, and the non-fiction bestseller, Dressing Thin, before her own first novel, Grandmaster, was a New York Times Bestseller.

Special thanks to Lisa at TLC Book Tours for the chance to bring this title to you as well as the copy for review.  (THANKS!)  For more information on this title, the author, the publisher, THIS TOUR, or those forthcoming, please feel free to click through the links provided above.  The title just hit bookstore shelves and virtual retailers June 9th, 2015 via Lake Union Publishing, an imprint of Amazon Publishing, so be on the lookout for it to add to your "to read" list on the double.

Not put off by 'chunksters' (loving this term by the way) per se I am however more wary about starting a book of this length given I have to finish a book once I have started it.