The Secret Sense of Wildflower by Susan Gabriel

Welcome back to Satisfaction for Insatiable Readers…the place that feed your need to read with a hearty scoop of bookish goodness every day of the week.  I was actually pondering which book to feature today as I have a few that are in need of reviews, when I noticed a common thread.  Though it may be the most wonderful time of the year, the books I’ve recently read have been for the most part anything but holly-jolly; in fact, most of them have dealt with far darker things in life than I’d ever wish for any of you to encounter.  How strange for it to be practically Christmas and have a reading/to-review list that strays from the norm….then again, perhaps not.

The world today is an odd cookie overall and while these reads haven’t been steeped in steaming cups of cocoa with little marshmallows or chestnuts roasting over open fires, they have been INCREDIBLE reads.  The writing has been sound; the story’s riveting…some so much in fact that by book’s end they completely turned my initial impressions from one of “meh” to one of “wow”.  So, it is with a blustery holiday wish that I wish you the merriest of seasons and invite you to continue to explore the world of reading around us no matter what tradition may dictate for after all…you never know where your next favorite read will come from.

Sincerely (and with holiday hugs),

Gina
(aka the Insatiable Reader)

So my friends and fellow readers, shall we delve right into today’s selection?  I think so…I mean, you’ve already been prepped and readied for the experience, so why not.  I promise, though it’s not brimming with candy canes, it definitely makes an impression.  Without further ado, today’s book of choice is… 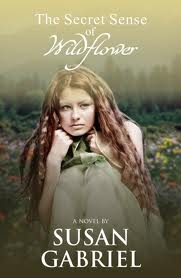 The Secret Sense of Wildflower
By
Susan Gabriel

Set in 1940s , The Secret Sense of Wildflower tells the story of Louisa May “Wildflower” McAllister whose life has been shaped around the recent death of her beloved father in a sawmill accident. While her mother hardens in her grief, Wildflower and her three sisters must cope with their loss themselves, as well as with the demands of daily survival. Despite these hardships, Wildflower has a resilience that is forged with humor, a love of the land, and an endless supply of questions to God, who she isn't so sure she agrees with. When Johnny Monroe, the town’s teenage ne’er-do-well, sets his sights on Wildflower, she must draw on the strength of her relations, both living and dead, to deal with his threat.

WARNING:  Though the synopsis speaks of loss and questions for a higher power, there is much more that occupies a large portion of this story.  This book is not for the kiddos as it deals with harsh topics best left to older eyes and minds.  That being said though, a warning should also be issued to all other readers because this story will move you as it twists and turns and eventually connects the dots left behind whilst developing into a work more than worth the read.  Yes…it’s THAT good.

Louisa May’s (aka Wildflower) story is told in three parts, the first of which allows us a glimpse of current times.  A family still grieving for the loss of one of their own, a town divided between those that have and those that have not, the intelligence of man in question as well as his morals…and the voices of children silenced for fear of repercussion and shame.  It’s a hard start with equally hard scenes of a lost soul’s blackness on display for one and all.  The lost soul is Johnny Monroe…but don’t feel too bad for him, the time for that will (okay, might…in some fashion) come later; among the voices silenced is none other than our little Wildflower.

I don’t quite know what to say about the whole situation that unfolds except that it’s NOT Wildflower’s fault in the least.  She is a kind soul that merely sought the understanding of the one person who always “got” her and had left this earth prematurely…her father (RIP). Was she not allowed to grieve in her own way?  To process the loss and the changes that occurred in those around her in her own time and space?  I certainly believe so and the dark mark that now stains her present and alters her future because of the lack of humanity, the absence of decency one being had for another is atrocious…the bed they made with fate is well laid; the ending, deserved.  But I’m jumping tracks here… 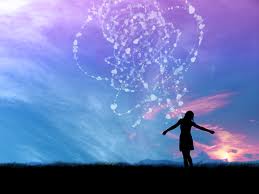 The second part of the story recollects events as they transpired one year earlier, a reflection of happier times but also an escape from the callous acts at hand.  Hard to imagine that something worse was in store for this family than losing a beloved Father but life is full of surprises…for better or worse.  We learn how cherished Wildflower’s Daddy was to this household of women as his wife and two other daughters deal with the fallout of one ill-fated day.   We see how despite her tender age, Wildflower understands much more than even she can believe, though her mind is trying to protect her heart from the full brunt of things.  We also discover that her “secret sense”, that gut feeling (perhaps something a little more with Wildflower) that tells us something is off was working overtime even if she didn’t understand it at the time.  Does that make all of this her fault?  Again, no…but it does go into forming the opinion she has of herself and her role in things.

Part three, we are whisked back to the present and placed on a path of vindication and protectiveness.  There are things in this world that are far worse than a bear in the woods, things that know not right from wrong…or rather choose not to know because of how ugly their own upbringing was.  Does it excuse the crimes they commit?  Hardly. Does it make us question who else the blame should belong to?  Definitely.  Wildflower doesn’t wilt as so many would when facing the horrors she’s seen (and understandably so), but rather draws on the strength instilled in her by her Father, her sisters and her Mother to force a victory on the side of good and forge a new beginning where one needn't exist before.  An example to us all is Wildflower… 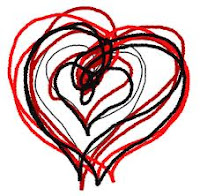 Though this story belongs mostly to Louisa May, the rest of her family both close and extended play important rolls as well; thus my review would feel incomplete if I did not mention them in passing at the very least.  Daniel is a wise soul and the brother, friend, even Father figure that one could only hope to know at some point in our lives.  Wildflower’s sisters couldn’t be more different than one another, or even than her for that matter and yet they share more than they know in resilience of spirit and thoughtful depths.  Aunt Sadie is a free spirit in mind, heart and actions.  She is the one that taught Louisa May about the “secret sense” as she has it herself and she’s also the one that she feels closest to, most able to share her wandering thoughts and feelings.  Even when times are darkest, she reaches out to the one that was connected by blood to her Father…an earthly connection to the loving heart she’s missing.  Now her Mama is another story.  She’s a hard woman to know in both acquaintance and depth.  How so?  Well, for most of the story she is merely correcting Wildflower and scolding her, even blaming her to some degree…and then, things change.  I can’t say how, why, or even when…but they do and you get to see a small peek of the feeling woman beneath the hardened exterior.

In the end, I found the story completely enveloping.  You laughed when the characters laughed, grieved when they grieved and sought happier places when the ugliness of the world presented itself front and center.  In some ways it reminded me of the infamous TKAMB; perhaps because of the young narrator and the strong voice with which she was blessed, perhaps because of the time and setting used, or perhaps simply because it was that striking of a work.  Whatever the reason, it left its mark on me and for that I can only extend my thanks to the author with sincerity from the bottom of my heart.  It may not be the holiday read you were seeking nor a story of rainbows and butterflies that will set your imagination free, but what it is…is a masterpiece; plain, simple, and resilient like the flowers the young lead is named for.

Review copy received courtesy of author Susan Gabriel.  (THANKS!)  For more information on this title as well as her other works, be sure to visit her official site, check out her blog, like her on Facebook, pin her on Pinterest, or follow along on Twitter.  This book is available now so be on the lookout for it on a bookstore shelf near you.

To laugh when the characters laugh to grieve when they grieve - now this sounds like my kind of read, thanks for recommending it.

Wonderful review! It's incredible when a story affects the reader so deeply, so very glad to hear how much you loved this one!