Well I gotta say, I've been on a reading roll here lately.  I'm not talking simply quantity, but QUALITY.  The last several odd books I've read have been AMAZING and today's featured title adds another check mark to that list.  Get ready for your socks to be knocked off, oh and be sure to have a box of tissues at the ready, you'll need them.  Today's book of choice is... 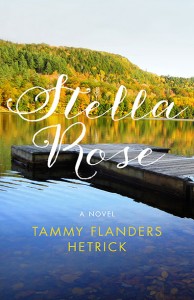 About the book...
When Abby’s cherished best friend, Stella Rose, is dying from cancer, she asks Abby to assume custody of her teenage daughter. Although Abby has no experience with children, she says yes.

Because that’s what best friends do. They say yes.

Upon Stella’s death, Abby, moves to rural Vermont to take care of Olivia. But Abby struggles to connect with Olivia and she soon finds guardianship of a headstrong teenager daunting beyond her wildest misgivings. Despite her best efforts, and the help of friends old and new, she is unable to keep Olivia from self-destruction. As Abby’s journey unfolds, she grapples with raising a grieving teenager, realizes she didn’t know Stella as well as she thought, and discovers just how far she will go to save the most precious thing in her life.

BEAUTIFUL
If only given the choice of one word to describe this read, mine would be that.

There are so many highs and lows in this one but nary a flaw, despite the fact that one of the morals of the story is that no one is perfect no matter how much they may seem to be.  In a lot of ways, it reminds me of the book/movie P.S. I Love You.  There's a similar vein running through it of impending death (though not hidden from loved ones), preparations for those left behind, and ways to reach out after their last breath so life goes on.  If you've ever seen the movie (or read the book), you know exactly what I'm talking about and you also know that as sweet as it is, as wonderful as it was for him to do, there is no way to make it through without crying at least half a dozen times.  Same thing here. 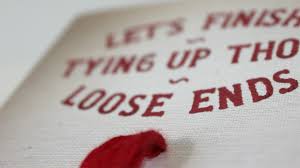 Instead of lovers (though there are a few), we have friends, Stella Rose and Abby Solace St. Claire.  They go together like birds of a feather but they are still as different as can be.  Those differences work in their favor to help push each other to be the best versions of themselves that they can be...but the closeness they share also makes what's coming so very very hard.  Stella has it all planned out though.  If final affairs can be put in order, she'd be the planner everyone would be after.  Does that make her perfect?  Hardly, and even less so as her bestie is about to find out, but that doesn't make her any less wonderful.  To see the bond that these two shared, let alone that which they both shared with Olivia, it was so so sweet.  One could only hope to have someone in their life as perfect for them as these two.  Through the months that follow Stella's passing, there is much to be learned for everyone and some lessons will be harder than others, but if you ask me, these two are more up to the task than you can imagination.  I will say this though, it is an emotional read.

My heart shattered several times over...
...with Stella's initial passing.
...when Abby and Olivia we at odds with one another.
...each time a new month rolled around and the contents of Stella's box grew smaller and smaller.
...when Olivia is broken in body yet not spirit at the hands of another.
...at Liv's commencement ceremony - TOTAL tear jerker!
...whilst reading the last of the letters from Stella - BAWLING ALERT!
...even when reading the Epilogue, though it was a perfect ending for all that transpired. 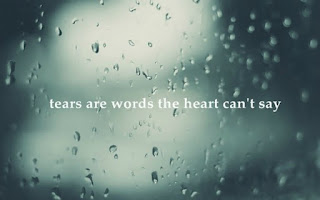 In the end, I couldn't have asked for anything more.  The characters were real, their connections palpable.  I adored Abby, respected Stella Rose, and enjoyed getting to know Olivia.  The gents of the group couldn't have been more different from each other, but all left their mark just the same.  My favorite there?  Mr. Owen...especially the hard facts moment when Abby pulls an Olivia on him and then again at the lakeside encounter (*ahem*).  The highs you celebrated with them, just as you hung your head through the lows, and got your dander up when trouble was afoot.  The darker aspects of the story I seriously did not see coming but come they did and boy did they pack a punch.  Everything within, helped balance the initial story without overpowering a moment.  The final messages I left with:  never be afraid of being yourself, live each day to the fullest, secrets are told by all but not always for the reasons we assume, and love is in fact the greatest gift of all in its many forms.

Recommended read for older teens through adult readers of Women's Fiction due to some content.  As wordy as I was above, I still can't help but feel that my words of adoration pale in comparison to the effect the actual story has on you.  It was just THAT amazing. 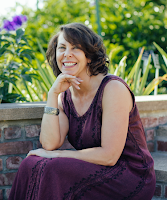 TAMMY FLANDERS HETRICK has published short stories in Your Teen Magazine, Blue Ocean Institute’s Sea Stories, and Route 7 Literary Journal. In 2009 she was recognized with the Outdoor Industries Women’s Coalition’s Pioneering Woman Award for coaching and mentoring women in the work place. Her passion for strong relationships among women runs through her first novel, STELLA ROSE, and led to the creation of an online community where women can talk about the impact of friendship in their lives – InFriendship. Tammy is a director at Keurig Green Mountain in Vermont, where she lives with her husband of thirty years, their two cats, and a beagle/pitbull mix. Though Tammy loves her two grown children to distraction, she appreciates the amenities of an empty nest.

Special thanks to Caitlin at Caitlin Hamilton Marketing & Publicity, LLC for the copy for review.  (THANKS!)  For more information on this title, the author, the publisher, or those promotions on the horizon, feel free to click through the links provided above.  This title is available now via She Writes Press, so be on the lookout for it on a bookstore shelf or virtual retailer of your choosing.

Great that you are having a good run. This sounds like a good read but one I'd have to be in the right frame of mind to read.