Today, we're bringing you a TLC Book Tours promotion already in progress starring a work of Fiction that is simply to die for.  Don't believe me?  Keep reading.  It comes to us via Lake Union Publishing from an author whose previous bodies of work had her shining in adult and young adult arenas, and yet...I had never read a one.  If this release is anything like the others, I gotta say...I've been missing out!  As I'm not one to prolong the waiting (especially when a read is this scrumptious and there happens to be a GIVEAWAY at the end of the post...), allow me to introduce today's book of choice... 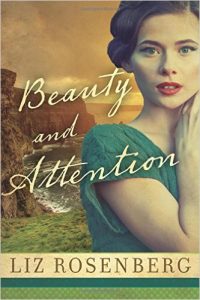 About the book...
The riveting story of one brave young woman’s struggle to free herself from a web of deceit.

For misfit Libby Archer, social expectations for young women in Rochester, New York, in the mid-1950s don’t work. Her father has died, leaving her without parents, and her well-meaning friends are pressuring her to do what any sensible single girl must do: marry a passionate, persistent hometown suitor with a promising future. Yet Libby boldly defies conventional wisdom and plans to delay marriage—to anyone—by departing for her uncle’s Belfast estate. In Ireland, Libby seeks not only the comfort of family but also greater opportunities than seem possible during the stifling McCarthy era at home.

Across the Atlantic, Libby finds common ground with her brilliant, invalid cousin, Lazarus, then puts her trust in a sophisticated older woman who seems to be everything she hopes to become. Fraught with betrayal and long-kept secrets, as well as sudden wealth and unexpected love, Libby’s journey toward independence takes turns she never could have predicted—and calls on courage and strength she never knew she had.

This is one of those books that ends far too soon.  Now that's not to say that I didn't enjoy my time between the pages (because I did indeed), nor that the book was lacking in any way (because it wasn't), it's just that there was SO MUCH MORE I wanted to know!  I grew to love the characters ever so much and the spaces of time that flew by with the end/start of a chapter weren't nearly enough to satisfy my curiosity.

Libby is a startling young lady, both in beauty and depth.  She's been freed unexpectedly from her ties to anyone or anything due to a heartbreaking loss, and yet is determined to make the best of it.  The path she has chosen was not highly accepted in her day and age.  Stepping out into the world to find herself without a man by her side was still frowned upon (though Henry, her best girl friend...who really is a wonderful soul), and yet she needed to spread her wings a bit to see what there was to see.  Her safe harbor was landing was in Ireland with extended family.

Her uncle was such a dear and Lazarus, oh my...what a charming young man!  He may not have been perfect in societies eyes, but my dears, if ever there was a kinder, more gay hearted soul, you'd be hard pressed to find one.  He had his own obstacles in life, but he met them all (mostly) with a spring in his step, a twinkle in his eye, and a joke or random fact at the ready.  How Libby ever missed this "opportunity" (as he was no blood relation), I can't hardly say, though it might have to do with feelings left unsaid/unacknowledged on both sides, but her time abroad eventually spins into a web even she can't gaily skip out of.  It's unfortunate and crushing to both her and readers, but don't shed too many tears, because our Libby is strong in both mind and soul...and if the years have taught her anything, it's that she CAN survive and save others in spite of themselves.

In the end, it really was a remarkable read.  Though short in length (just over 200 pages), I found myself taking longer than usual to read the text.  I do believe I was simply savoring the moments because the writing flows beautifully, the conversations do not feel staged, and the moments/feelings reverberate right off the page.  Bookmarks up to author Liz Rosenberg on a fantastic release, and a hearty recommendation to older YA fans and Fiction fans (historical, women, or general) alike! 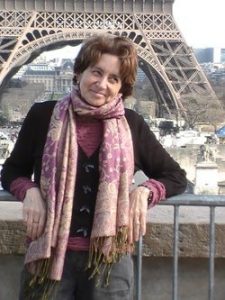 The author of more than thirty books for adults and young readers, Liz Rosenberg has published three bestselling novels, including The Laws of Gravity and The Moonlight Palace. She has also written five books of poems, among them 2008’s Demon Love, which was nominated for a Pulitzer Prize, and After Great Grief, forthcoming from the Provincetown Arts Press. Her poems have been heard on NPR’s A Prairie Home Companion. Rosenberg’s books for young readers have won numerous awards and honors and have been featured on the PBS television show Reading Rainbow. A former Fulbright Fellowship recipient, Rosenberg teaches English at the State University of New York at Binghamton, where she earned the Chancellor’s Award for Excellence in Teaching. She lives in Binghamton with her daughter, Lily, and a shih tzu named Sophie. Although she has homes in New York and North Chatham, Massachusetts, her heart is still in Ireland.

Special thanks to Lisa at TLC Book Tours and Lake Union Publishing for the copy for review as well as the chance to bring this tour to you.  (THANKS!)  For more information on this title, the author, the publisher, THIS TOUR, or those on the horizon, feel free to click through the links provided above.  This title is available now via Lake Union Publishing, so be on the lookout for it on a bookstore shelf or virtual retailer of your choosing.  Now, before you go...there's one more thing I'd like to bring to your beaut(iful) attention...

That's right!
Thanks to TLC Book Tours and Lake Union Publishing, YOU have the chance to win a copy of this very title.  All you have to do is fill out the Rafflecopter form and you're in it to win it!

Open to US residents only; no P.O. Boxes please.
Entries accepted NOW through November 18th, 2016.  Winner will have 48 hours to respond to the email request for mailing information which will be submitted to Lisa at TLC Book Tours for prize send out.  If a response is not received in the timeframe given, a new winner will be chosen.  SFIR is not responsible for lost/non-received prizes.

So glad you found this such a remarkable read. High recommendation indeed.

A captivating and great review which captured my interest. I enjoy books that explore relationships and especially from this era. The characters sound realistic and the story memorable. I have read another book by this author and enjoyed it greatly. Thanks.

Thanks for being a part of the tour for this lovely book!

I enjoy reading books about strong women and ones that take place in a different country. This is one I'd like to sit and read to escape to another world for a few hours, or maybe a whole day!!