It's time to COWBOY UP with Harper Sloan and Pocket Books! - REVIEW + GIVEAWAY!

Today, we're getting back in the saddle in celebration of a Pocket Books release that just hit bookstore shelves yesterday.  (HAPPY belated BOOK BIRTHDAY!)  It's the third (final?) in author Harper Sloan's Coming Home series and gives us the story on the final Davis sibling...with enough flames to start a fire even in YOUR neck of the woods.  Trust me folks, ADULT READERS ONLY on this one, okay?  Okay.  Moving on.  Let's blaze a trail to today's blog tour guest and book of choice... About the book...
Hang on to your Stetsons, because you’re in for another wild ride! COWBOY UP by New York Times and USA TODAY bestselling author Harper Sloan is a passionate and breathless romance about the sparks that ignite when a cautious cowboy and a once-scorned woman open up to each other in the third installment of the Coming Home series.
As the eldest Davis, Clayton has always tried to lead by example. He takes his job as head of the family businesses seriously, making sure the farm and auto shop are running smoothly—along with keeping an eye on his brother and sister. For him, there's a time and place to let go of the control he holds with an iron grip. And with the way he grew up, coupled with disastrous end to his last relationship, he's just fine with his quiet, solitary life.

Most of the time.

What he hadn't counted on was cute, quirky, shy bookstore owner, Caroline Michaels. She's the proverbial woman next door—well, the next town over, that is. Caroline hasn't lived an easy life, but after escaping an abusive ex, she's finally living it for herself. The last thing she ever expected was a one-night stand with Clay Davis, a night she can't stop thinking about.
So when she falls on hard times and Clay comes out of nowhere to her rescue, she realizes just how impossible it'll be to stay away from him. Now all she has to do is convince him to live a little...

Will Clay be able to give up the reins and finally settle down? And, more importantly, will Caroline muster enough courage to lasso him up?
COWBOY UP is the third go-round in this Texas-set series which has everything readers could want in truly authentic Western romance novels filled with sizzle, heart...and plenty of horses and cowboy boots! 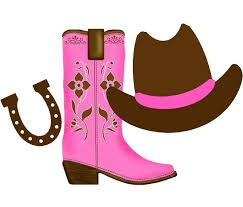 At it's heart of hearts, it's a tale of romance...
...a shy, bookish gal has had enough of the ugly life has been throwing her way and tries to break out of her shell of self-preservation.  Where does she head?  A local honky-tonk bar...but mind you, it's not the total cliché it sounds.  The bar is run by her best guy friend (Luke) who loves her like his own sister (which she is best friends forever with) and would protect her to no end...explaining why he sets her down next to tall, dark, and handsome (that goes by the name of "Davis") without too much fanfare.  That's where things start to get, shall we say...interesting.  *ahem*

Remember that ADULTS ONLY warning I gave at the start?  Yeah, it begins to come into play right about now.  Let's just say that even good girls sometimes want to be bad...even if only for a little while.  The path this little detour leads Caroline (or should we say Linney? *smirk*) on has an ending neither player in the game-that's-not-a-game would ever have anticipated with many ups, downs, and life-or-death situations to overcome (bet YOU didn't see THAT coming!), but you best believe these two are ready to "cowboy up" to claim the beauty that life seems to be bringing their way.


So...now on to MY ugly.
While I liked the story and most of the romantic interludes, I seriously don't remember my last bout with this trilogy (series?) having SO much language. I mean SO MUCH. I get it, Clayton is "bad to the bone" but not all badness (pun intentioned or otherwise) comes from verbal spars...believe me, his actions speak for themselves...*ahem*...very well actually, and um, translate off the page better than most.  Let us not forget the heart of gold that lies beneath that roguish veneer either because seriously, he's a keeper.

Harper Sloan is the New York Times and USA Today bestselling author of the Corps Security and Hope Town series. She started using writing as a way to unwind when the house went to sleep at night. Harper lives in Georgia with her family.

Praise for The Coming Home Series:

“Modern Cliterature...Enjoy [this] lusty [passage] adapted from summer’s raciest reads…”
—Cosmopolitan, July 2017 (Kiss My Boots, Book 2 in the Coming Home Series)
“Sloan…hits it out of the park…Maverick is a perfect hero: multilayered, complicated, deeply damaged, yet blooming with the new promise of love. Leighton is appealing and real, as are a strong supporting cast of characters whom readers will be glad to follow into sequels. Sloan enhances the gripping story with country songs that open each chapter. This absolutely spectacular effort catapults Sloan to the top of her genre.”
—Publishers Weekly (starred review for Lost Rider, Book 1 in the Coming Home Series)
“A supersexy second-chance read with a handsome ex-rodeo cowboy hero and the girl he left behind. The characters are well written and the bedroom scenes are hot. . . . Sloan does a wonderful job with portraying the secondary characters, and it looks like Quinn’s story, which is next up, is going to be a good one.”
—RT VIP Salon (Lost Rider, Book 1 in the Coming Home Series)
“Sloan brings plenty of heat to this otherwise very thoughtful, building love story, the first in her Coming Home series…Maverick’s pursuit of Leighton and her slow acceptance ignites the vivid ranch and small-town settings. Contemporary western romances are challenging to write, and Sloan makes it fun to read about realistic ways cowboys can fit into modern society. Readers will look forward to learning how the uncovered family secrets affect siblings Clay and Quinn in future books.”
—Booklist (Lost Rider, Book 1 in the Coming Home Series)
“Engaging characters and an appealing small-town setting; [This] second-chance-at-love romance resonates emotionally…Sloan knows her way around sexual tension and emotional intensity.”
—Kirkus (Lost Rider, Book 1 in the Coming Home Series)

Come ‘N Get It Giveaway!

For the third and last in The Coming Home Series, COWBOY UP, we’re getting’ down with one great giveaway! The Come ‘N Get It Giveaway prize will be one set of the entire Coming Home Series (Lost Rider, Kiss My Boots, and Cowboy Up). You can enter to win at any participating blog listed below, but you can only win once. U.S. only, please.

Special thanks to Melissa at Simon & Schuster for the chance to bring this tour to you as well as the copy for review.  (THANKS!)  For more information on this title, the series, the author, or the publisher, feel free to click through the links provided above.  This title is IN STORES NOW via Pocket Books, an imprint of Simon & Schuster, so be on the lookout for it on a bookstore shelf or virtual retailer of your choosing!

This book sounds delightful and lovely.