PRE BOOK BIRTHDAY BUZZ: Silent Lee and the Adventure of the Side Door Key by Alex Hiam!

Today, we're helping to spread the PRE BOOK BIRTHDAY BUZZ about a new book COMING SOON to a bookstore/virtual shelf near you via Webster Press!  It came to my attention thanks to Sarah over at Smith Publicity Inc and features a Middle Grade Fantasy title that is sure to enchant, entrance, and curiously bemuse readers from the target age group through adult.  Don't believe me?  Well then, let's change that.  Ladies and gents, here comes today's title in the spotlight... 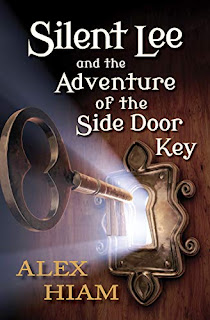 Silent Lee and the Adventure of the Side Door Key
by
Alex Hiam
Talion Publishing
About the book...
As if life isn’t already complicated when you have to sneak out a magical side door and enter a different century just to get to school each morning.

And now Silent has to figure out what happened to her beloved Aunt Generous, the woman who raised her—which would be complicated enough even if CIA agents in black SUVs weren’t chasing her—but they definitely are!

Silent is just as her name states...silent.  It's not that she doesn't speak, she just doesn't waste her words, and much prefers living in the side door world as opposed to the front door.  What is all this nonsense about side and front door worlds...you may ask?  Well, you see, there's the world you and I know, the front door world, into which we gain access to it through the front door...then there's a world sort of alongside our own (though just how many, no one quite knows!), and in this case, it's 100 years in the past, making the effort to keep up with the times, fads, and so one, a bit of a hard case to pursue!

Silent learned of this world from her Auntie Generous (LOVE that name!) and happily lived with her, exploring this and that world, while expanding her knowledge base and skills beyond what you or I would know.  What...I'm not saying anything about your intelligence, just merely stating that I doubt you know alchemy and could perform it on a moments notice...which she can, and does despite her trepidation to go against the rules.  Due to unforeseen circumstances, the breaking of a few rules is nothing when faced with the greater tragedy that could unfold.  I mean, maintaining control of the gateway is essential, discovering the whereabouts of Auntie Gen (if she's still alive!) is a must, and not being whisked away by a secretive government organization for further observation is certainly a priority. 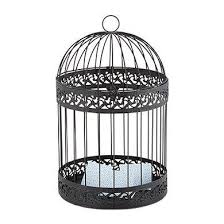 See?  SO MUCH going on, and we've barely touched the tip of the iceberg because there's also lessons on friendship, trust, meddling, and confidence that are well worth carrying off the page with you upon your reemergence into reality.  I loved the characters, both lead and supporting...and even those that were surprise leads in their own way.  I loved the magic because hello....MAGIC!  Oh, excuse me...technically it's alchemy, but it's COOL nonetheless...and that birdcage was so neat!  I loved the adventure, the unexpected surprises, the jumps into and out of history, and even the possibility that that was even possible!

In summary, this was such an unexpectedly good read! So curious, and strange, and unique, and just the perfect way to escape for a bit of afternoon reading with the promise of more to come...well, it does list as the first of a new series, but when we'll see the second book is still a mystery worth waiting for, and I for one WILL be waiting!

As a child, writer and artist Alex Hiam spent holidays in the mysterious Boston mansion of his great-grandmother on Dartmouth Street. A graduate of Harvard College and UC Berkeley, Hiam was awarded the English Department’s Arnold Prize. But the honor he is most proud of was being entrusted as a student with the key to the iron gates of Mount Auburn Cemetery, where he would let himself in at dawn on Spring mornings to study the migrating birds before the rest of Cambridge awoke. Previously a teacher at the University of Massachusetts Amherst, today he teaches Making Writing Exciting! at North Star, a learning center for self-directed teens. He has sailed the Atlantic, Gulf of Mexico and Caribbean, logging thousands of nautical miles and plans some day to write a book about pirates. Hiam lives with his wife and daughters in an old farmhouse in Amherst, Massachusetts.

Connect with Alex Hiam at alexhiam.com and on Instagram. 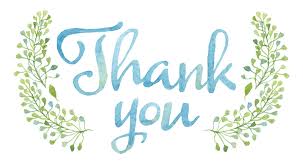 Special thanks to Sarah at Smith Publicity Inc for the eARC for review.  (THANKS!)  For more information on this title, or the author, feel free to click through the links provided above.  This title is set to release April 30th, 2019, so mark your calendar or pre order your copy today!