Hi there!
Welcome back to the weekend edition of Satisfaction for Insatiable Readers.

Today, we're stepping back into the playroom for a children's book title that's fit for all ages.  It's a cross between a counting primer and a storybook with an adventure thrown in for good measure.  How does it all turn out?  Ah, well that's what we're about to find out.  Ladies and gents, gentle folk and knights-in-training, today's book of choice is.... 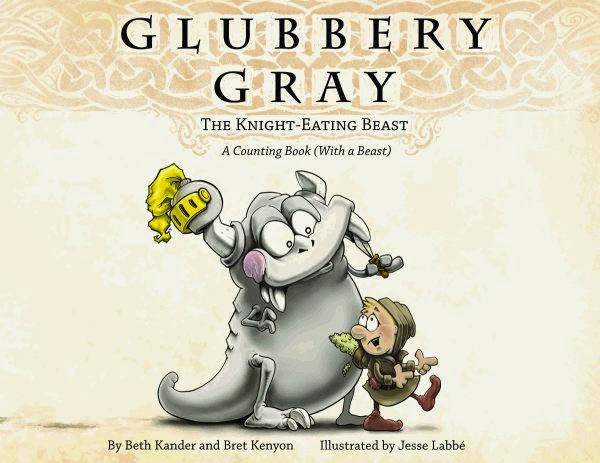 Glubbery Gray:  The Knight-Eating Beast
A Counting Book (With a Beast)
by
Beth Kander and Bret Kenyon
Illustrated by
Jesse Labbe
9781589608676
Pelican Publishing

If you can't tell from the cover, this is QUITE the unusual read.  I mean really, how often does one anticipate a knight-eating monster to out with maths?  Yeah, that's what I thought...pretty much never and yet that's just what he does here, in his own way.  *ahem*  Let's just say that the adventure begins with EIGHT brave knights leading one Glubbery Gray across the lands to his new "home" and ends with but ONE knight sharing his newly learned mottos.  *gulp*

Though storybook in form, quite a bit actually goes down between the pages.  I mean, we start with EIGHT and progressively lose one, then another, and another and...well, you see the pattern...but the knights don't just up and disappear.  There's a reason for their removal from the caravan and it's initials happen to be G.G.  No imagination is lost when it comes to their disappearances and each one is creatively unique.  One knight learns to watch his suggestion of a snack around a hungry beast.  Another now knows that singing too loudly may irritate those around them.  Yet another will always remember to keep at least one eye open when napping round a beast.  There's nary an instance that won't make you gasp or chuckle but all in good fun.  Moving on.... 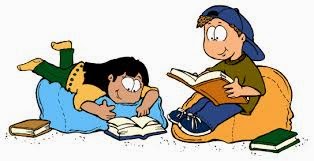 Stating it again and yet it deserves restating, from the moment I saw the cover, I knew I had to check this one out.  The illustrations are whimsical with a color palette that matches well with the characters portrayed.  With each turn of the page not only is the story moved forward (and one more knight meeting a curious end...eek!), but the eyes are snared by the action unfolding.  Even the wandering eye of more reluctant readers can't help but be caught by Glubbery moving through the ranks, or that smart little knight on the end evading his grasp.  It's a wonderful marriage of word and image that makes for a unique and memorable experience.

So, whether you learned your numbers many moons ago or you're just trying to grasp the concept of 8 minus 1...minus 1...minus 1....this is a read you've got to check out.  You'll come for the story and stay for the illustrations but in either case, you'll be glad you came. Enchant you and yours today by adding this book to your MUST READ list! 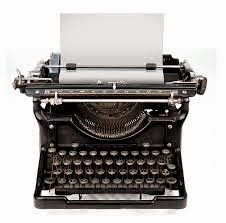 An award-winning writer and playwright, Beth Kander is the community outreach director for Mad Genius, Inc., a creative agency. She is involved in a wide variety of theater and arts organizations and was named a Mississippi Arts Commission Literary Arts Fellow. A graduate of Brandeis University and the University of Michigan, Kander lives in Jackson, Mississippi. 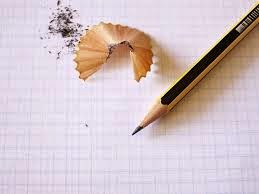 Jesse Labbé is an independent artist who has worked as a concept artist for a film and video production company. He attended the Art Institute of Dallas and has authored and illustrated a graphic novel, with more projects underway. A frequent exhibitor at Comic-Con conventions, Labbé enjoys music, hiking, and karaoke. He lives in Ridgeland, Mississippi.

Special thanks to Bergen at Pelican Publishing Company for the review copy.  (THANKS!)  For more information on this title as well as their full catalog, be sure to stop by their official site, friend them on Facebook, or connect via Twitter.  This title is available now, so be on the lookout for it on a bookstore shelf or virtual retailer of your choosing.

yes I've had. the pleasure of this book. it was. totally enjoyable just give it a. whirl I'm sure you'll like it too.