Today, we're helping to close out the book-abration of a title via iRead Book Tours (Hi, Laura!).  It stars the first book in a Young Adult Sci-fi trilogy about far off places, cy-sects, a kidnapping most bizarre, and identities to be discovered.  Ready or not, here comes today's book of choice... 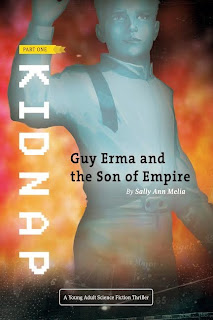 13-year-old Prince Teodor of Freyne knows his duty to the memory of his father and his kingdom. Always, he must help those less fortunate than himself. Yet a frightening nightmare fills him with foreboding, but still he must do - into the Dome.

13-year-old Guy Erma lives in the shadow of the Dome, he has no father and no mother and his future is uncertain, he must start earning a living when he turns 14. He knows not where he will live or even how he will eat, and his only dream is to enter the military academy - at the heart of the Dome.

Two boys as different as any two boys might be. One act of cruelty will throw their lives together, but who dare they trust?

As you may know from visiting my site (which hopefully you do on the regular....right?  *-*), I'm not one to dabble in the Sci-fi genre that often.  Something about the whole world, language, society, etc creation just boggles my mind a smidge and creates a broken junction between my reading enjoyment and the actual story.  This time around, the results were much less dismal...in fact, I dare say they were enjoyable!

While it certainly wouldn't make me a convert to the genre (sorry, just not my thing), I was intrigued enough with the plot and characters to scurry along through the pages like the avid reader I am.  True, if asked I couldn't necessarily tell you which planet whom was from and where they were going, planning to take over, or plotting against (none of which is the fault of the author), but I got the gist of it all and for someone not at home in this particular reading box, that's saying a lot.  Now, regarding the story... 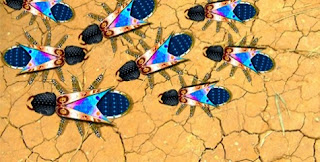 The opening reveals some disturbing information about the travels of particular otherworldly beings to areas in which they aren't to be as well as some bricks that are missing.  What's important about a few bricks?  Ah, good question.  They aren't your ordinary mud and mortar type but clear housings for cy-sects...nasty little things that carry poison and can multiply faster than you can say bunny.  Just where they went is a mystery, as is the why, but things start to become a little clearer as the story progresses.  Jump forward a bit and we've moved the spotlight to Guy Erma, a talented orphan child held back by his lack of parents but not for long if he has any say in the matter, and Prince Teodor, a child of similar age yet different circumstances....from the outside at least (one of those "don't judge a book by its cover" moments).  These two may be at odds even they don't understand but I have a feeling they share more than they know.  However, during the course of this story, one will loose his freedom while the other fights to see through the allusions presented them.

It's a tough nut to crack, but thankfully Regent Sayginn (Teodor's mother) is more than up to the task (at least in my opinion).  Oh, did I mention the Emperor is demanding her hand in marriage?  Yes, yes...it seems it would be better for all involved and truly set their worlds at peace.  (*cough cough*  Yeah right!  *cough cough*)  Let's just say that there is certainly more going on behind his doors than just peace treatys and frankly, he gives off a Darth Vadar vibe (before he sorta showed his heart).  ~shudders~  His intentions are less than honorable and the fact that he is hiding something doesn't escape the Regent nor an unexpected ally, Karl Valavanchi.  The plot thickens and things come to a head only to...end.

The only true drawback I could see was the ending...or rather the EPIC cliffhanger that leaves you wondering WTH!  HOW could you leave us this way!  What's going to happen to...and what about...and I think that maybe Guy is really...and, and, and....well, you get the picture.  There are A LOT of unanswered questions and the groundwork has certainly been laid to lead readers right into book 2.  I know it's on my wish list.

So in conclusion, whether you're a steadfast star gazing reader content to search for other worlds within the pages, or merely a sampler of reading delights that catch your eye, this one could certainly be for you.  It has a little bit of everything yet not enough of any to overwhelm.  The writing flows nicely, allowing the reader to be a part of the adventure without inundating us with detail.  I'd definitely call it a win win for all. 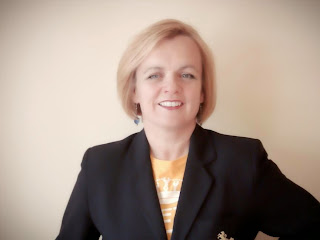 The author was born in Wallasey, England, in 1964, and moved to the South of France when she was eleven. She spent her teenage years living in the cosmopolitan city state of Monaco and became immersed in its many languages and cultures. An English girl in a French school, for three hours each week she would sit at the back of the class as her colleagues learnt English. To pass the time, she wrote stories. This led to a lifetime of writing novels, scripts, stories and articles.

In 2010, Sally joined the Hogs Back Writers, a club located on the outskirts of Guildford, and she set about turning an old manuscript into this novel: Guy Erma and the Son of Empire. Sally currently lives in Farnham, and she is married with two children.

Special thanks to Laura at iRead Book Tours for the chance to bring this tour to you.  (THANKS!)  For more information on THIS TOUR, this title, the series, the author, or those tours on the horizon, feel free to click through the links provided above.  This title is available for pre-order now, so be on the lookout for it at a virtual retailer of your choosing.

With perhaps a different tittle Id get it better but our fine reviewer did the utmost in presentation. Emotions run. high and life's struggle well presented