Ever have one of those days where everything is going along semi-good and then BAM...someone decides to be a Mack truck and flatten you?  Okay, so this one wasn't quite as bad as that, but it rated near it.  I was typing up my review for this title at a computer other than my own and stepped away for about one minute....maybe less.  Being that I was the only one using the computer, I didn't save the document.  (Yes, BAD Insatiable Reader....I know....BELIEVE ME)  I walk back to the screen and some un-bookish loving soul decided to use that particular computer out of the two there to check something really quick and CLOSED MY DOCUMENT.  I mean it even gave the "do you want to save" prompt and they clicked NO.  (**grrr**) 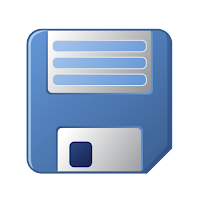 So long story short, after a quick breathing excercise and counting to ten, I started to re-type the review.  Now for any of you that have lost a review (document, essay, etc) before....your second effort is never quite as good as the first.  It's like it was so good (to the writer at least) that it escaped into the pages and now is lost forever more.  (*SIGH*)  Nevertheless, I offer to you the following post for a title I read this past week....hopefully it will convey at least part of the feelings initially intended.  Today's book of choice is.... 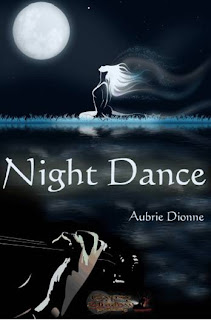 Shasta is our main dancer, if you will.  In the middle of the night, she is called by the forbidden melodic sounds of a beat that speaks to her soul to an enchanted glen to dance and revel with other free spirits.  The unencumbered participants of this gathering are there for one reason and one reason alone....to let go of their worries and simply dance.  (Sounds appealing, right?  Well, not to me...not much of a dancer....but I can definitely appreciate the concept.)  One thread within the music spilling forth from the shadows dark is being strung by a man (his name is Jal, it mean wanderer) who can wield a fiddle like no other (not to mention, he's not too bad on the eyes....).  Entranced by his skills (musically....and his visual appeal), she can't seem to break free from the melodious spell.  When the music stops, she is heart-broken....has her mysterious minstrel abandoned her mid-melody?  (Geesh...there were A LOT of M's in that sentence!)  Hardly.  In fact, he has plans for her that go beyond her wildest dreams, if only she'll let him show her the way.....

I'll admit it.  I'm guilty.  Guilty of what you ask?  Well, guilty of almost forming an opinion about a book before reading beyond page two.  It's an affliction known to many readers called "I-don't-like-where-this-is-going"-itis.  (Yeah...totally made that up, but it works...or at least it will once I explain it further.)  As I began reading the book, I was almost convinced that it was going to be a romance novel...even though when the author sent it to me (THANK YOU!) she advised it was a Young Adult title.  I mean, it had all the ear markings of one with the flowery words, overtly descriptive passages, and dancing to the rhythm of the night (the night...oh yeah...the rhythm of the night.....oh, sorry....for those of you that recognize that passage, consider it your musical interlude.....anywho....).  So, you can see why I would be on that train of thought.....BUT if I would have stopped there...that would have been the true "crime".

The book's genre is Young Adult.  It reads a bit like a Romance.  HOWEVER, this book is so much more than either one.  It's a story that beats with the music that surrounds us but also with a message straight from the heart.  BELIEVE IN YOURSELF.  You are always your worst critic.  I don't care who you are or where you are from, if you've got the highest or lowest self esteem on the planet.....you will always find something about your work, your goal, your life in general that needs to be improved.  It's not that this is a bad thing in general.....but only so long as you don't let that self-analyization stop you from continually working towards your dreams.  Fear and self-doubt can freeze us in our tracks.  Fear of the unknown.  Doubting our own abilities.  They are the key to many a person's undoing.  Fighting through these darker aspects to reach a brighter future...that is where dreams meet reality.

All in all, despite the heavy-handed use of adjectives (although beautiful) and the romantic-tinged encounter (although enjoyable)......I'd definitely recommend this for anyone seeking a quick read and a realignment, nay a renewed  committment to trusting in yourself and allowing that trust to flow to others so as to reach the ultimate goal in life.  True happiness.

Special thanks to author Aubrie Dionne for the eBook copy for review.  She was kind enough to send a few other titles my way, so don't be surprised if you see additional posts forth-coming about those as well.

Thank you so much for reviewing my book!

Been there, done that, al most throttled the person who closed the window. You have to wonder what they're thinking.

I'm not a dancer either, but the premise of this book sounds intriguing! I've definitely been guilty of judging a book a few pages in. Glad to hear you enjoyed it in the end.

Aubrie: It was my pleasure! Thanks for stopping by to check out my review!

Melanie: LOL. Glad I'm not the ONLY one with "close-that-window-without-saving-and-you-ll-be-sorry"-itis. =0)
(Love the singing part...of course, now it's stuck in my head again too...)

This sounds great! In fact I may have to get it for my sister who is in fact a dancer and loves to read. Thanks for the review and recommendation!

Sorry about the computer! I hate it when people do that!

I could feel your pain in losing your review! You ended up with a great review anyway.

The1stdaughter: Sounds like it might be a perfect quick read for her! (OH, and thanks on the computer part...) =0)

Linda: Thanks! *BIG SMILE* It's so hard to recapture that exact moment, but I hoped the book would shine anyway.