Hi, there! Welcome back to another exciting post here at Satisfaction for Insatiable Readers! Hopefully everyone is having a great year thus far and there is nothing but good things in your future. As I was writing the initial draft of this post, I happended to be around several fellow bookish people having a rather head-turning-eyebrow-raising discussion (you know, when you tilt your head to the side and raise your eyebrow as if saying "What?!?" with your head instead of your mouth...**glances away while you try to imitate it**...yeah, THAT look..) about different theories and evolution. Apparantly, some theorize that humans took over after the last species was wiped out and that if we ever were in the same boat, something else would take over. Hmmm....not so certain on that and besides, what species would do the over taking? Oh, well....the things contemplated in a book store. Gotta love it. Anywho....

The book featured today is a short attention grabber that is sure to speak straight to the heart of many experiencing their own similar issues, and hopefully help them get past the hurdles they are presented. Without further adieu (as the review is quite long enough as is...yep, long-winded Insatiable Reader, strikes again!)...the book of choice is.... 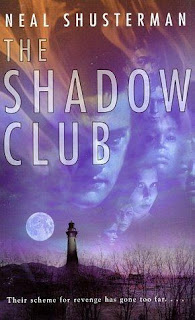 Ever hear the phrase It's all fun and games until someone puts out an eye....generally it's said when you've decided to run with scissors or participate in a less-than-smart activity that could easily result in injury or something much worse; the message behind it being to be careful in the things you do lest the outcome stray from your original intent (or be careful since unexpected things can happen and usually do). This phrase ABSOLUTELY applies to this story. How? Read on, my friend.....read on....

In every school in every city, there are always those that stand out. They are the popular kids. The ones that are constantly reaching number one. The winners. The top dogs. The cream of the crop. The....well, you get the picture. I'm certain if you think back to your days in school (or yesterday if you are currently attending), whether you were one or not, you knew at least one or two people that fall into this category. For those that gained these titles and more, CONGRATS! Your days in school were probably easier socially if not academically. For those that always came up a little short, second place is not a bad place to be. I mean you get some of the glory, but none of the responsibility. Some of the well-wishers, but not the groupie following. A place in the "shadows", but never the sun.....hmmm, if only the former advantages were easier to focus on. 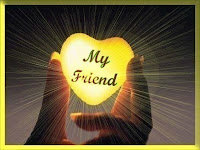 Randall and Cheryl have been best friends forever....or at least as far back as they can remember. Their relationship is as such that people don't know quite what to make of them. Are they together...are they just friends? They take no notice and continue on as usual. One day after an especially trying time at school, their friendly conversations take a new direction. It seems that Austin Pace, school track star and all around "number 1" to which we affectionately come to know as L'Austin Space (read as lost-in-space.....laughing yet?), is up to his old tricks again and rubbing Randall's face in the fact that he is always second best. It wouldn't be so bad if he hadn't just lost the spot of team captain and gained the name "Gopher" thanks to his new rank as assistant coach, all credited to one L'Austin Space (any wonder why he's not his favorite person?).

Seething with teenage angst, he and Cheryl come up with a plan to create a club where kids in their situation would belong. A second best club, if you will, only with a much catchier name....the shadow club (hence the name of the book). The elite membership is determined and granted by one thing....the fact that the person is the best in their given area with the exception of one other person. Sounds like a good idea, right? Not so much. You see, what starts out as a little fun and games (they play tricks on those that keep putting them down, in order to humiliate them as they have always been...a little taste of their own medicine so to speak...), quickly escalates into an all out assault. It would seem as though the kids just took their game too far, but there is one problem...the Shadow Club is not responsible for what's going on!?! Although they are each the top suspect in this now wicked battle of wits since the fallen all happen to be those they were in direct competition with. A mighty strange coincidence? Or is someone carrying out the things they only wished they each could do? See what happens when harmless thoughts turn into your unwanted dreams come true.....

(Muaaaahhhahahah) Sorry, I had to get that out of my system. It just seemed like the appropriate ending for my little synopsis there. This was indeed a startling book. It was one of many I purchased in a multi-book bender (shopping spree) online a while back.....I had hopes for it, but none too high. Well, I was certainly surprised as I was reading to discover the serious issues dealt with in such a short yet compelling novel. We have bullying (both sides of the story), pyromaniacs, personnal issues that some would rather not come to light, loneliness and more....all rolled into about 199 pages. Randall and Cheryl start out as each other's better half but end up feeding each other's darkest natures. Austin Pace removes some of the crash outer layers in a rare moment of friendliness, only to coat it over again with a heavy layer of disdain (with good reason....but you'll have to read the story to understand why). Last but certianly not least, a character of note is Tyson McGaw. Now, you may have noticed this is the first time I mention this young man, but he IS in fact a key player to the issues they will face; helping them learn a valuable lesson as well as revealing a part of himself he held secret from the world.

Beyond the characters and the story, the messages are great for readers of all ages, although perhaps more immediate for those in middle school or high school currently, as there is not one of us that couldn't benefit from a little understanding (for ourselves and others). Perhaps one of the more ironic things for me was the narrator. Most books that I've read are written from a female perspective. I mean both recently and not so recently....it just seems to be that most are written from that viewpoint (or perhaps it's just the ones that draw my eye...anyway.....).

It was interesting to see the difference in the way things were perceived from the male perspective. I mean, every author interprets things differently and therefore no two accounts will be exactly the same, but more often than not, the female voice tends to speak of the emotional connection to the events and places with a searching eye (more detailed, more inner-contemplation). The male voice, or at least this one, tended to see the events as is without much inner dialogue and so while the landscape may have been less appealing, I still found the story vivid despite the sparse nature. You felt for the characters but not quite to the extent of them being your best friends. You wanted to know what happened next but it didn't quite play as much on your emotional state, rather it stayed within your curiousity. Overall, I was quite pleased with this read and would definitely recommend it to others for a quick weekend exploration....

COMMENT CREATOR
In your recent reading history, do your narrators tend to be male or female? What have YOU noticed about the difference perspectives presented in each? Do you have a preference between them?

I am currently reading a male narrator and its so refreshing different from what I normally read (female narrators).

They are distinctively different in style, voice, and perspective.

I prefer a female voice ('cause I can relate better) but it is nice to change it up from time to time.

Juju: Nice points raised there! It seems that often times the narrator chosen is either male or female based off of the author themselves (male uses male, female uses female). (Didn't notice that, but a fellow book store type person brought it up...and if you think about it, it rings true.) I too prefer the female narrator for the very same reasons....but the other perspective was definitely interesting to sample. =0)

I just finished a male-narrated book (Beautiful Creatures) and while usually I prefer a female narrator, this time around I actually forgot what gender the narrator was a lot of the time. Having read your post, I think maybe this is because the narrative was still quite emotionally based. Maybe that's what I prefer.

Lauren: Huh...I didn't realize the book was male narrated (must have missed that part), but that's an interesting point. I might need to take a peek at that one for a good comparison. Thanks for sharing!

I'm almost done reading Flash Burnout and it too is narrated by a male voice. I have to say, I LOVE IT! Not just the story, but I love hearing a different POV. I really like all the female narrated books I've read, but this experience has been very eye opening to me. Primarily because I think I've had a pretty good idea of what guys think about (and in the book they do), but there is still more to it and I've loved reading it.
I also didn't know that Beautiful Creatures was narrated by a male, I'm definitely going to have to check that one out!
Great review! I may have to look this one up next time I run to the library.

PS...*smile* My blog is in your "Blogs of Interest" roll! Yay! I really need to get my blogroll page set up, maybe this weekend...

The1stdaughter: I agree! The different perspective no matter what you thought you'd see is very eye-opening.
Oh, and why wouldn't you be on my blog roll? =0) (Should have been there sooner, but alas...hard to keep every ball in the air at once.) Happy reading!

I most often read books with a female narrator, though not necessarily by choice.

NotNessie: Same here. I don't actually think about that when I choose the book. Couldn't think of an example of your last insight....any suggestions?