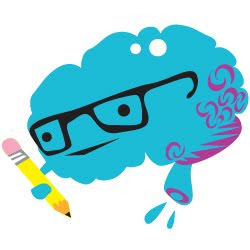 Hi there!  *~waves~*  Welcome back and thanks for stopping by....now it's time to pick your brain...

I rather enjoyed our last 'Food for Thought' session...we had some really good give and take regarding the book cover re-do's.  To take our books-to-movies discussion a bit further, today I am posing two questions to you....(Here goes...are you ready?)

This post in particular as well as the tag team of questions came about after a recent review went live on my site.  Shutter Island by Dennis Lehane was just released as a movie, but many people did not know that it was actually based on a book.  I myself, hadn't heard of it until I saw the movie trailer several months back, but once I did, I had to have it.

(Part 2)
Since I've never been one to simply stop being curious about something after one question has been answered....here is another one for you to ponder.  Has there ever been a movie that you've seen first only to have wished that you'd have read the book first?  Or perhaps there's a book that you've read, then gone to see the movie only to have it pale in comparison?  As much as we love the written word, perhaps it is our bookish love that diminishes the film in our eyes.  (Confused?  Hang on...)  I will give you two examples from my own experiences....

Example 1:  Book First, Movie Second
Let's take a look at the Harry Potter series as a whole.  The movies only include so much and so without many of the added details that were dropped on the cutting room floor, the enchantment is never quite complete; on many occasions, one simply has to accept things without valid explanations.  That's not to say I didn't enjoy them immensely, but without the missing details, some thing simply wouldn't have made as much sense.  (Follow me?  Alrighty...time for round 2...)

Example 2:  Movie First, Book Second
We'll go with an even more recent example...Shutter Island.  Let me start by saying, I thoroughly enjoyed the book....however I may have had a higher opinion of the movie had I not read it first.  The movie was good overall and stuck mostly to the book....but there were a few things put one way or the other, or even taken completely out.  They cut corners leaving out many of the things that molded the story.  (For those that have read the book, I speak of the LAW OF FOUR, the escape attempt, and the final closing scene.)  I mean the ending, there's something added in the movie that leaves a far different conclusion to be imagined.  Was it a good addition?  It would work....had not the book ended on a clearer note.


So, I leave it to you, fellow readers.  What have you to say on the subject presented?  The comments are open and waiting for your thoughts...

Email ThisBlogThis!Share to TwitterShare to FacebookShare to Pinterest
Labels: 2010, books to movies, food for thought

I love watching movie versions. I usually try to watch the movie first and then read the book.

Reason? The book is always better so I enjoy the film more if I don't have the book knowledge when I first see it.

I agree with Juju.

I have read the books first in quite a few occasions and most often I find it to be very distracting. I'm way to critical of a watcher and I find myself over-analyzing every line & cut. So, for me, in most cases I opt to read the book after I watch the movie.

I saw the "Lord of the Rings" trilogy before reading the books. I know Tolkien fans will kill me, but I liked the movies better. The books got too deep into Middle Earth for my taste.

I would say 99% of movies DO NOT live up to the book (if you read it beforehand). There are so many examples I could never list them all but to name the first one that comes to mind would have to be Nicholas' Sparks "Dear John."

I'm definitely a book before movie girl. Yes that means 99% of the time I'm disappointed in the movie, but I love reading the words first and being able to take my time and take everything in. Finding the time to see movies when they first come out is always challenging as well so I see everything on Netflix with pletty of time to hear if it's really worth my time.

Hmmm...looks like movies over books as far as which to "view" first. Interesting....

Juju: Good point. You avoid the moments of comparison that always seem to follow.

The1stdaughter: I do that as well to an extent. Although more recently, I've been making more of a conscious choice to avoid doing that. It seems to help. =0)

Tribute Books: LOL. That's something we have in common. Before the films, I had only read THE HOBBIT. Started to read THE FELLOWSHIP OF THE RING after watching the first film and yeah....because I tend to pick up and put down a book throughout the day due to my schedule, it was way too deep/involved to be able to follow. It's a great series, just HEAVY. Regarding the DEAR JOHN movie, I've heard the same thing from people at our local store. They liked the book ending much better.

Novel Whore Reviews: Now see, I still tend to agree with you in most cases....I love putting the story together in my imagination before Hollywood places it before my eyes. =0)