Good morning (or whatever time it is where you are), everyone!
Welcome to another installment of Taste Testing Tuesdays!
Taste Testing Tuesdays was inspired by 'Teaser Tuesdays', a weekly bookish meme, hosted by MizB of Should Be Reading.
On the menu this week ... one book sure to steal the hearts of dog lovers (wolves are their close kin), a second sharing the "tangled" stories of several characters, and a third that this sample is my first look in this book as well!
Let's have a taste, shall we? 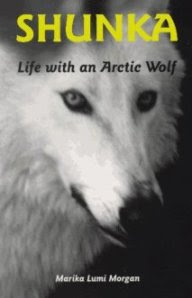 Before Shunka could jump on the horrified newcomers, David dragged the stinking, filthy wolf outside and thoroughly hosed him down, grumbling and muttering as he fumbled around in the dark.  Now that Shunka had discovered this new tactic of rolling, it was the first of many distasteful baths for the wolf.  Fortunately, he also discovered smells less offensive and delighted in rolling on banana peels, cigars, and people wearing perfume.  -- pg 38, Shunka:  Life with an Artic Wolf by Marika Lumi Morgan 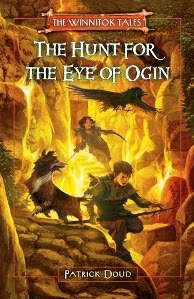 Though she guessed the true reason for Elwood's wish, Drallah did not acknowledge it in what she said next.  "Granashon is showing the way to you, not me," she said lightly.  "And like my mother always says:  Don't behasty, you'll be older soon enough!"  -- pg 79, The Winnitok Tales:  The Hunt for the Eye of Ogin by Patrick Doud (ARC) 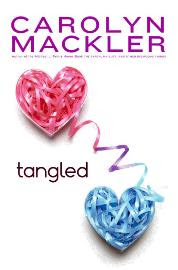 Every morning at nine fifteen, Pauline and Bill donned identical raincoats, boots, and waterproof hats, and embarked on a power walk.  Their whole joined-at-the-hip thing was freaky.  -- pg 125, Tangled by Carolyn Mackler

Definitely interested in Tangled, but the second one also looks like it could be really fun. Thanks for sharing!

p. 356: Her handwriting was even smaller than usual, and for a moment he wasn't sure he'd be able to read it - now that would be a devilish refinement of torture, worthy of the stories of punishments reserved for damned souls in hell, to have a letter from her and not be able to make out what it said.

Hmmm...it looks like the second and third one caught your attention. Interesting...

I've been wanting to read Tangled for a long time...