The Counterfeit Father by PV Lundqvist

Hi guys!
Welcome back to Satisfaction for Insatiable Readers....the place where READERS RULE and non-readers, well...they just haven't found the right book to hook them yet.  ^_^

Five years ago, he gave us Not Just for Breakfast Anymore.  Now, author PV Lundqvist is getting ready to release his latest work on the Kids Fiction world and not only is it the first in a series, but it happens to be today's featured title.  Interested?  You should be because it's a lot of fun with a bit of mystery and a curious cast of characters.  Ladies and gents, today's book of choice is.... 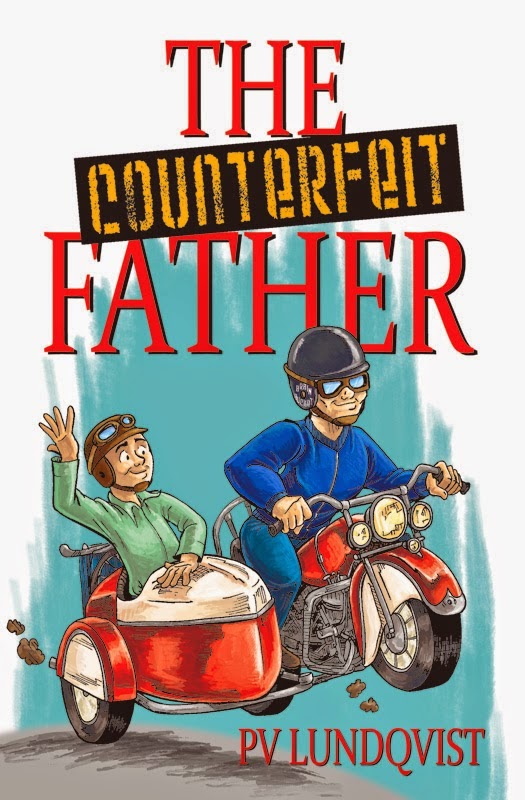 About the book....
From the outside, 13 year old Tony looks like he has quite the life:

A whole estate to himself.

A fangirl he flirts with online.

Until you notice the wheelchair. Or that he only speaks with his mother by intercom. Or that he doesn't seem to know who his real father is.

And now, to save his home from a mysterious trust, Tony will have to ride in a broken-down motorcycle with someone who may not be who he seems, and solve the biggest mystery of all—Who he really is. 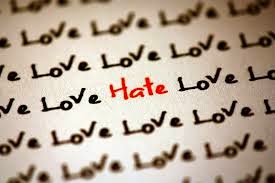 You can't help but love AND hate Tony.
Think I'm being too harsh?
Think again.

Tony may have it all (to some degree) but he acts the role of a spoiled rich brat to a "T".  True, he has limited mobility thanks to a childhood incident.  True, his mother lives her life as a shut in, not even IN the same house as him.  True, he can't even get a trained monkey to "serve" him (no really...their are trained monkey's) without sass.  Are these enough reasons to strike out with your witt and knowledge at everyone that presents an opposing idea?  Is that a reason to put everyone through their paces so much that they turn away from you because it's simply not worth it?  Okay....so maybe it seems like it is but in reality, it's not and some of what he gets, he really deserves.  What do I mean?  Well, Hawes for one...but more on that in a second.

Mr. Lundqvist has a certain knack for making less than remarkable characters....shine.  What I mean is, there's nothing especially grand about our leading little man, and yet he is memorable.  He's snarky and quick, arrogant and yet still likeable (underneath it all...promise).  Though obstacles mount against him (with a little support), he doesn't give in.  When all else fails, he relies on his vast knowledge to pull him through...and usually, it does.  Then there's Hawes, Tony's latest caretaker, though that fact that he even cares after everything Tony does to him says A LOT about his character.  He's not your average male nurse and he has a past (though what it is remains behind virtual doors) but does that stop him from using unconventional means to get this bratty patient up and at 'em?  Nope.  In fact, by book's end he has his wheeling about in an antique motorcycle and jumping rampless stairs as they chase after....well, let's just call it LIFE. 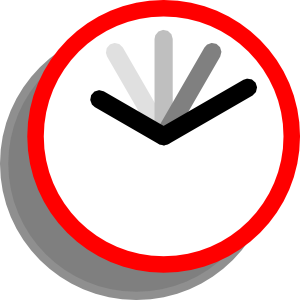 When all is said and done, it's a grand time filled with mysteries you didn't know existed, meetings you never say coming, and a conclusion that leaves you satisfied yet ready for me (and the twist, LOVE the twist!).  In short, it was a great adventure I only half anticipated and throughly enjoyed.  Guess what?  I think you will too. ...the "enjoyed" part at least.  All I can say is that I hope the next book isn't FIVE years in the making, but even if it is...I'll be waiting.

PV Lundqvist loves his family, pot-bellied pigs, and baseball — in that order. PV Lundqvist is his nom de 'net. Has a Master's in Creative Writing from Emerson, member of SCBWI, and a former social worker. Blogs about his life and his writing.

Special thanks to author PV Lundqvist for the review copy as well as the chance to bring this fun read to all of you.  (THANKS!)  For more information on this title as well as his other works, be sure to check out his site.  This title is set to release 10/06/14 via Stick Raven Press, so be on the lookout for it on a bookstore shelf or virtual retailer of your choosing very soon!  Or you know, you CAN preorder it....no rule against that.  ^_^

Having had my fill of brat like children to last a while I think I'll be giving this one a miss .... for the minute.

Great cover, I love so much about this book, the pet monkey in particular.