Hi gang!
Welcome back to the place that simply can't get enough of those pages and pages of enjoyment out there we call books....Satisfaction for Insatiable Readers.

Today, we're shining the review spotlight on a Middle Grade Fiction release that really delivers.  Delivers what you might ask?  Well, to be precise...the storyline, the characters, and the curious concepts introduced.  There's tension and uncertainty.  There's danger and misfortune.  There's surprises from several angles and messages that develop over time.  Don't worry though, it's not all edge of your seat moments, there are also times laced with so much happiness and love that they'll truly warm your heart.  Interested in meeting your next potential read?  Ladies and gents, may I introduce today's book of choice.... 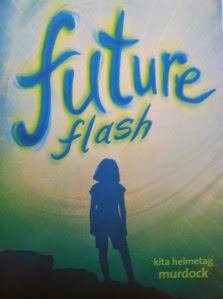 About the book...
For as long as she can remember, Laney has been having “future flashes”—visions of the future that she sees when she makes physical contact with another person. Left on a doorstep as a baby, Laney’s past has always been cloudy to her, despite the clarity with which she can see the future. Her caretaker, Walt, claims to be her father, but Laney has a nagging suspicion that he isn’t quite telling her the entire truth. And when a new kid, Lyle, moves to her small town, Laney is dreading meeting him—she almost always gets a future flash when first meeting someone new, and the flashes aren’t always good. Unfortunately, her meeting with Lyle isn’t just bad; it’s painful. Engulfed in flames, Lyle’s future flash is the worst Laney’s ever experienced. But what does it mean? Is there anything Laney can do to change the future? And will she be able to save Lyle not only from a fiery death but also from the merciless class bully without becoming a victim of his antics herself? Follow Laney as she works against the clock to understand her past and prevent the disaster looming in the future.

I really loved Laney's character.  Her personality made her endearing but not in the classical sense.  She was more rough and tumble, keep to herself and fly under the radar (if it were possible), all understandable considering her life thus far. You know what though?  She doesn't let it get her down or at the very least, she doesn't count herself out.  She knows what could happen when she touches someone's hand and yet she doesn't simply lock herself away from the world or refuse to interact with others.  She's stronger than that, even in her young years.  I think the way that her gift works assisted in that growth to be honest.  I mean it can't be easy to remember as if it were yesterday the feelings of abandonment and confusion that must come along with being left on a doorstep of a stranger.  Yep, that's right.  Imagine that.

As the story builds, we meet other characters that add their own unique flavors to this literary stew.  There's the eccentric but caring local cat lady and her ever growing brood of fur babies (love little Frida!).  There's the bully who wasn't always that way but if you can see it beyond his current persona, than you are VERY wise beyond your years....or psychic.  He's a fire bug in the dangerous sense because he's curious without the understanding of the consequences of his actions.  He's a bully that steps beyond intimidation and words, and into physical harm.  He's a troubled young man that really needs a guiding hand to steer him in the right direction.  Good thing SOMEONE wasn't completely put off by him or he might never get the chance to turn that leaf of his over.  Then there's Lyle, the one that kicks off all Laney's recent troubles...though it's truly not his fault.

I have to commend Laney for trying so hard to make things right between her and the new boy when they started out so horribly wrong.  It seemed no matter what she did to try to bridge the gap, it went three ways to Sunday.  Luckily, she's plucky and persistant so try-try-again was not as daunting an idea.  Her attempts lead her to a tentative friendship but also on a road of discovery she never anticipated and one step closer to the smoke filled future that lies ahead.  I really appreciated how the author made sure that it wasn't simply a story about a girl who could see the future (sometimes) and was headed for a final curtain call.  She made it about the girl, her life and times, who happened to also have a gift and a shady future but hey, there were other things that mattered, others that she cared for and happiness to be gleaned from the most unlikely of places. 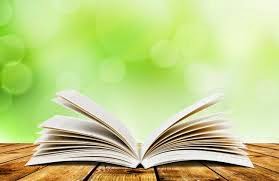 In conclusion, a much bigger read in story and message than one might perceive at first glance.  It speaks to how to handle bullying, doing the right thing, speaking up for others, and lending a hand, ear, or whatever else might be called for to those in need.  The author gives us a story that's believable and from the heart, filled with heart and just a tinge of magic to keep you on your toes.  Recommended read for those in the upper end of the intended Middle Grade audience and beyond; there is true bullying at its "finest" to handle here, just want to be sure the reading audience has the proper guidance to handle the issues presented and ask the questions they may have afterwards.

Special thanks to author Kita Helmetag Murdock for the review copy and the chance to bring this amazing read to all of you.  (THANKS!)  For more information on this title as well as the author herself, feel free to click through the links above.  This book is available now via Sky Pony Press, an imprint of Skyhorse Publishing, Inc., so be on the lookout for it on a bookstore shelf or virtual retailer of your choosing.