Hi there fellow readers!
Welcome back to the place that loves nothing more than to curl up with a good book on a beautiful Fall day like today....Satisfaction for Insatiable Readers.

Yes, the weather is lovely down here, my wish is that you are finding it as fond in your neck of the woods...so much so that heading in to work tonight will be more of a task than usual.  *sigh*  Cie la vie.  Sometimes you have to do the things you don't want to do as they are for the greater good in the end...a lesson kindly taught (among others) by today's featured title.  Speaking of that title....

Today, we are playing host to a stop on the Walden Pond Press book tour for a recently released title in the Children's Fiction genre.  From an author I've read (thanks to them) once upon a time (check out my review here), we get a new dose of fairy tale magic of old infused with life, love, magic and danger that you never saw coming.  Is it a masterpiece or simply a work of wordy art?  Step inside and see for yourself....as we welcome today's blog tour guest and book of choice... 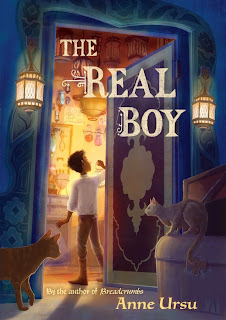 
On an island on the edge of an immense sea there is a city, a forest, and a boy. The city is called Asteri, a perfect city saved by the magic woven into its walls when a devastating plague swept through the world years before. The forest is called the Barrow, a vast wood of ancient trees that encircles the city and feeds the earth with magic. And the boy is called Oscar, a shop boy for the most powerful magician in the Barrow, who spends his days in the dark cellar of his master's shop grinding herbs and dreaming of the wizards who once lived on the island. Oscar's world is small, but he likes it that way. The real world is vast, strange, and unpredictable. And Oscar does not quite fit in it.
But it's been a long time since anyone who could call himself a wizard walked the world, and now that world is changing. Children in the city are falling ill; something sinister lurks in the forest. Oscar has long been content to stay in his small room, comforted in the knowledge that the magic that flows from the trees will keep his island safe. Now, even magic may not be enough to save it.

He's got no strings to hold him down and yet he still frets, frowns, and finds life among those living in the Barrows....HARD.  Whom are we speaking of?  Well, Oscar of course!  He's the magician's (Caleb's) hand...a step below apprentice...whose been tortured by one too many for his lack of social graces, inability to understand things we take for granted, and hard wired responses of honest truth when posed a question.  Does that make him any less of a "real boy"?  Hmm...good question.

The title evokes the classic story of a marionette maker and his pride and joy, magically brought to life by the Blue Fairy and set on a quest to become a real boy....but notice I said evokes as in brings to mind, for it's not a carbon copy in the least.  At it's very heart, it merely has some passing resemblance much like a fraternal twin; they are connected in ways you can't at first see, and yet entirely different.  Oscar is more here and now granted with problems and issues that a flesh and blood boy would certainly have to contend with and yet...something is not quite right.  We find out further along how this puzzle piece fits into the whole but trust me, you won't see it coming for the twists and turns....and MONSTER...hide it well.

The history of the Sparkling City, the Barrows, the plaguelands and beyond as well as the magic that coursed through its veins is viable, living through the page and able to be seen through the eyes of our young guides.  Power is a funny thing.  It can both make a person and break a person...it's all in the way it is wielded.  You'll see how powerful fear can be, how the chance to control things that should not be controlled can change not only a place but the the people within, and just how far a kind heart can take you even when you don't know the way yourself.

Oscar was an often misunderstood character whom I'm glad to have met.  He can teach a thing or two to many a reader not only through his adventures but his misadventures.  His cat friends were brave little furry souls that stood by him through thick and thin, offering comfort and solace when needed...as well as a helping paw.  Callie, the healer's apprentice, was much more than she seemed as well.  She was more graceful with people, more presentable and pleasant to glance upon, but...she too had shortcomings that plagued her young mind.  Just goes to show you that no one is perfect...no matter how much they try to be or even how much we WANT them to be.

So, how do I feel about this one?  Well, I feel pretty good actually.  I started the story thinking one thing, was pushed onto an entirely different path but wasn't left to waste away in the barren plaguelands as I could have been.  Instead, I was shown a world of the author's creation somewhat familar in ways and yet so much more.  In my mind, it's another success story...seeing how I thoroughly enjoyed her first work that was similarly tinged...and I think you will agree.  Recommended for middle grade readers and beyond.  If you're looking for a story infused with magic and a whole lot of heart, this title would do well to be on your wish list.

Special thanks to Kellie at Walden Pond Press for the ARC and chance to participate on this tour. (THANKS!)  For more information on this title as well as their ever growing catalog of wonders, be sure to stop by theirsite, friend them on Facebook, pin them on Pinterest, or follow along on Twitter.  This book if available now so be on the look out for it on a bookstore shelf near you...and don't forget to stop by the OTHER SITES on the tour as it continues making its way through the blogosphere through the 15th. 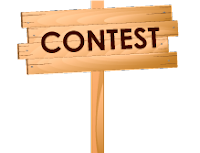 Now, how would you like a chance to win a copy of this book to call your own?
Whoa whoa whoa...slow down there.  You have to contain yourself a wee bit so you can at least enter, THEN feel free to jump around all excited like once again.  Deal?  (^_^)  Now if you're interested, which of course who wouldn't be, here's what you have to do.

Fill out THIS Google Form and POOF!  You're in it to win it!  Easy peasy, right?  Of course, there are opportunities to gain EXTRA ENTRIES...and a little extra in the way of entries never did hurt anyone.  Just CLICK HERE and you'll be on your way.  (Open to US residents only, no P.O. Boxes please.  Contest ends 10/19/13 at midnight CST.) 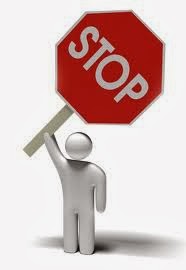 OH!  Oh!
One more thing before you go!
If you've made it this far in the post, congratulations, thanks, and DON'T MISS YOUR SECOND CHANCE TO WIN!  Walden Pond Press is giving YOU another chance to win TWO SIGNED HARDBACKS of this very title AND $300 worth of BOOKS!
*rereads sentence....faints*

Yep.  That's right!
Head on over to Facebook to enter now and don't forget to spread the word!

Yay! Thank you for this giveaway!

I am just itching to get my hands on this book. It sounds absolutely wonderful and I just adored Breadcrumbs.

This book would make a great Christmas gift!