Hi guys!
Welcome back to Satisfaction for Insatiable Readers....the place to be when you're looking for your next read and you need a little help narrowing down the field.

Today, we're playing host to a blog tour starring none other than author Steven Manchester.  I say "none other than" because if you're a frequent visitor to the site, you've probably run across a review or two, or three, featuring this man's written works.  There's a reason for that....he is one of THOSE writers.  What do I mean?  Well...to state it simply, he's one of the authors on my short list; you know, that list of people whose works you'll read anytime, anywhere, because you simply enjoy them THAT much.  Without fail, every time I've cracked a spine on Mr. Manchester's stories, I've been bowled over.  The way he can turn such a simple story into something so magnificent, something truly remarkable, continues to astound me.  Speaking of which, I do believe it is time we get to today's featured title and blog tour guest... 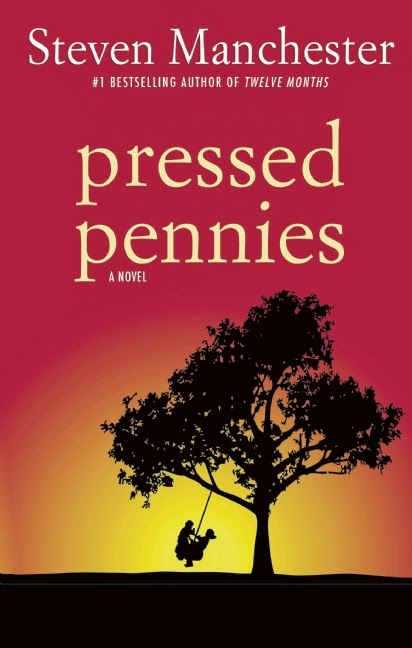 Rick and Abby grew up together, became best friends, and ultimately fell in love. Circumstance tore them apart in their early teens, though, and they went on to lives less idyllic than they dreamed about in those early days. Rick has had a very successful career, but his marriage flat-lined. Abby has a magical daughter, Paige, but Paige`s father nearly destroyed Abby`s spirit.
Now fate has thrown Rick and Abby together again. In their early thirties, they are more world-weary than they were as kids. But their relationship still shimmers, and they`re hungry to make up for lost time. However, Paige, now nine, is not nearly as enthusiastic. She`s very protective of the life she`s made with her mother and not open to the duo becoming a trio. Meanwhile, Rick has very little experience dealing with kids and doesn`t know how to handle Paige. This leaves Abby caught between the two people who matter the most to her. What happens when the life you`ve dreamed of remains just inches from your grasp?

Abby and Paige have a bond that most mothers and daughters dream of and hopefully many can actually realize at some point in their lives.  They are two peas in a pod, in it together through thick and thin...all thanks to a marriage that fell through and a father that was not worthy of the title.  You can't help but smile as Abby makes the best of things for her little angel even when her halo is being held up with devil horns.  Hey, she's at that age where no truth is too much to state and yet expressing oneself plainly is not the easiest thing to do...and change is not something she adapts to readily.  Your heart goes out to her as she experiences more than her fair share of disapointment, and yet can't see the forest for the trees....or the father figure for the lack thereof.  Despite it all, these are two remarkable women and given time, their true beauty shines like a beacon in the night.  On the other side of things is Rick....Abby's childhood friend and first crush.  Who'd have thunk a chance meeting in their home town so many years later would result in rekindling the love of a lifetime?

As I said, this author has a way with words and a knack for turning simplicity into simplistic beauty.  At its core we have a story of love lost, new beginnings, and a future most bright if familial obstacles can be overcome.  But between all of that is where the magic happens.  The beauty of time and place is revealed.  The inner workings of the heart are brought to life.  Dreams from days gone by are reimagined.  Futures thought lost are found anew.  When I say it's a page turner, I don't mean an edge of your seat thriller.  I don't mean a compulsive read that forces you to read faster and faster in order to keep up with the action.  What I mean here is that you have a story so sweeping that you want to savor every moment while you lose your heart to the page...and you'll gladly do it time and again.  Don't believe me?  Try it for yourself....you won't be sorry.

Review copy received courtesy of The Story Plant.  (THANKS!)  For more information on this title, be sure to stop by the official tour page.  Now, to discover more about the mind behind the work....all you have to do is READ ON!

That's right!
I was lucky enough to score an interview with the author and now I"m ready to share it with all of you.  So, without further ado, I give you author Steven Manchester.... 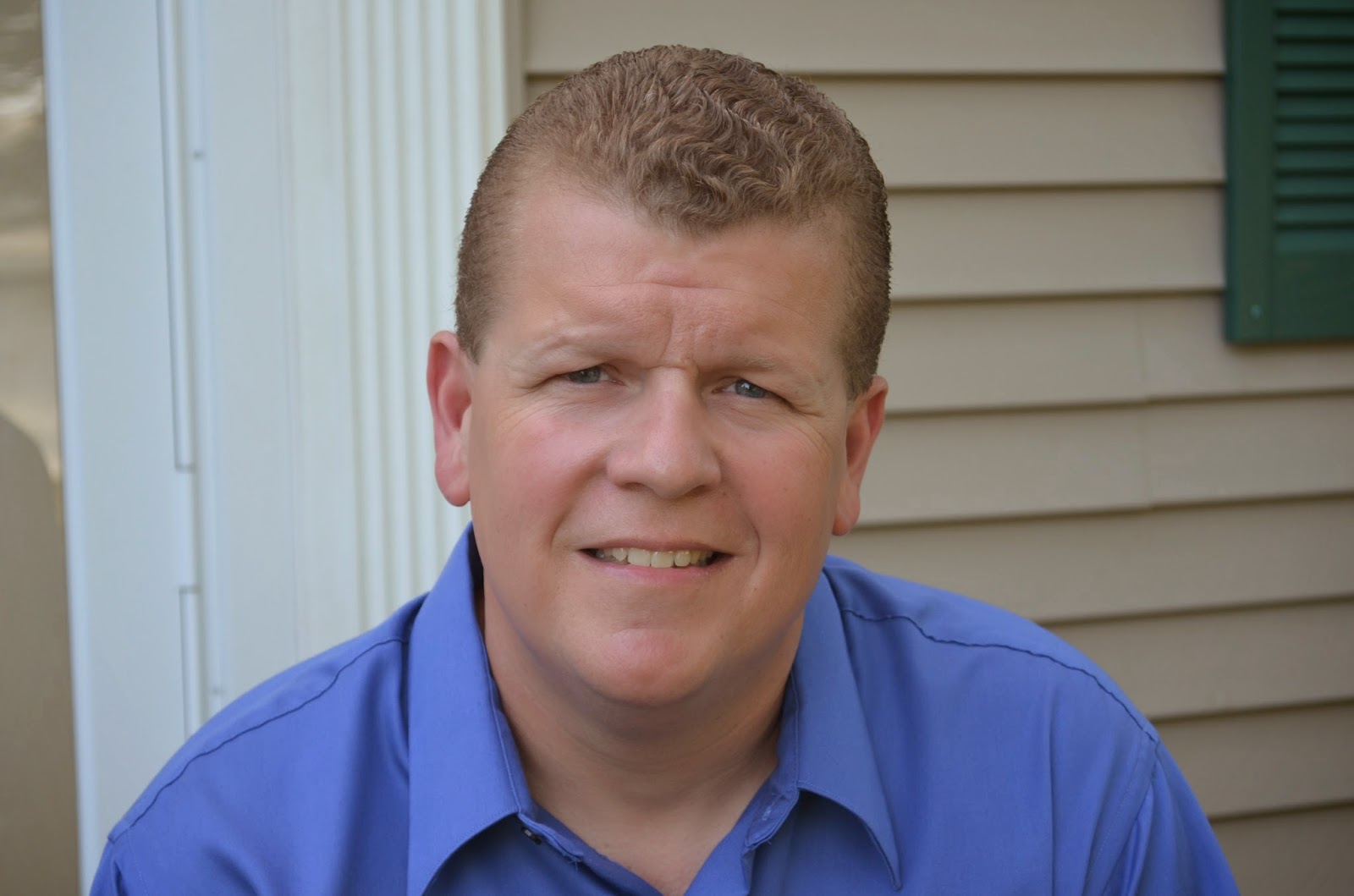 What/who inspired YOU to become a writer?
I’d just returned home from Operation Desert Storm, and was working as a prison investigator in Massachusetts. Needless to say, there was great negativity in my life at that time. I decided to return to college to finish my degree in Criminal Justice. During one of the classes, the professor talked about police work but nothing else. I finally raised my hand and asked, “The criminal justice system is vast. What about the courts, probation, parole – corrections?” He smiled and told me to see him after class. I thought I’d done it! In his office, he explained, “There’s no written material out there on corrections or prisons, except from the slanted perspective of inmates.” He smiled again and dropped the bomb. “If you’re so smart,” he said, “why don’t you write it?” Nine months later, I dropped the first draft of 6-5; A Different Shade of Blue on his desk. From then on, I was hooked. I was a writer.

What influences the topics you choose to write about?

Years ago, I heard that “a good writer makes readers think, while a great writer makes readers feel.” I have always strived to achieve the latter. Unless a book is going to move someone, it’s not worth the time for me to write it…and that is the foundation on which I write. If certain topics don’t fit this criteria, then they don’t make the cut.

Also, I write for many different reasons, but the most important reason is that I can prove to my children that dreams do come true (though we never really get what we wish for; we get what we work for). It’s an amazing thing to be able to pour your heart and soul into something that touches the hearts and souls of others.

It has taken thousands of words, hundreds of pages, before I finally identified with a particular genre. I decided that my voice was a more sensitive one: a male perspective to a female audience.

Of the stories you’ve written thus far, which is YOUR favorite and why does it resonate with you most?
I love Pressed Pennies, but I still have to go with The Rockin’ Chair. That novel was inspired by my late grandfather and I honestly believe I’ve been writing it in my head most of my adult life.

Random thought…the covers of most of your published works picture a serene setting with a rather inviting chair or pair of chairs. Coincidence? Significance? Unspoken desires for one’s own future or that of your readers? Do tell!
Great questions…and there’s no such thing as coincidence here. My brilliant publisher, Lou Aronica, chose the chair motif which has helped to identify my work to my growing readership. Given that my books are primarily tear-jerkers, it makes sense for us to take a comfortable seat while you’re taking the journey with me. Barbara Aronica-Buck is my cover designer and I think she’s hit a grand slam every time!

We all know in today`s world, we pretty much run all the time. For those low on time or with short attention spans, tell us in TWENTY WORDS or less why this book should grace their "to read" shelves....

Pressed Pennies is an intensely romantic, deeply heartfelt story of love…and the importance of family relationships. 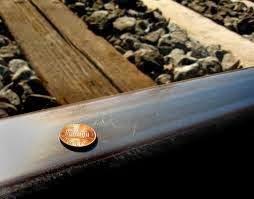 Pressed Pennies is actually one of your older stories. Tell us, has anything changed from the first print to the current release? Has the meaning of the tale changed for you along the way?

Yes, Pressed Pennies is a complete rewrite of a tale that was penned more than a decade ago. Although the story’s essence has remained intact, the entire storyline has been overhauled to be more current and relatable.

As a successful writer in multiple formats and publications, how do you feel your work has grown over the years in style, content, etc? Any areas you still find daunting when putting pen to paper?
Thanks to my mentor, Lou Aronica, I’ve grown leaps and bounds over the past few years. Although I’ve always been able to write from the heart—and make my readers feel my message in their own hearts—my writing has dramatically matured. Plotting or storyboarding is one technique that I’m still trying to perfect; the better you get at outlining your novel up front, the more efficient the process becomes for everyone behind the scenes—especially me.

Speaking of putting pen to paper, curious minds want to know...what IS your preferred method of getting out that first rough draft? (Pen/pencil and paper? Laptop? Smartphone? Typewriter? Etc.)
Another great question! My approach is actually a hybrid of different methods; I use a mini-tape recorder and long hand to capture my initial notes. From there, I transpose it all onto MS Word on my laptop…and away we go! 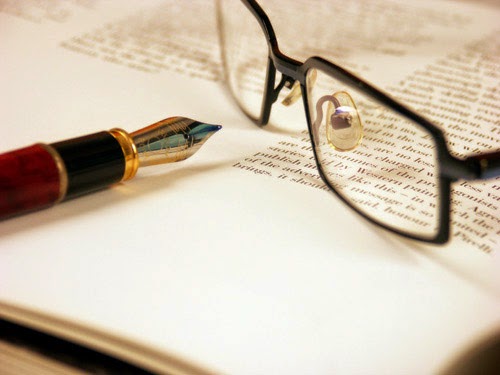 The last book I read was… Blue by Lou Aronica

The last show/movie I watched was… Game of Thrones
If I quit the world of writing for good, you could find me…. Writing under a pen name J

Something I wish I knew then that I know now… we never get what we wish for; we get what we work for…and great things come to those who work hard…so STOP WORRYING!

Final thoughts…I am so grateful to take this journey with each and every one of my readers!

Thank you Mr. Manchester for allowing us a glimpse into your writing world.  It's been a pleasure indeed.  Be sure to check out the rest of the tour both past, present, and future over at the official tour page.

This sounds like a beautiful read and what a great cover, quite simple and yet I was instantly drawn to it.