Hi guys!
Welcome back to Satisfaction for Insatiable Readers where today we're taking another look at the recent release FACEOFF with a special Q&A set with a few of the authors on their creative process, characters, and views of the finished collection.  Ready to get in on the fun?  Here we go!  First up...R.L. Stine and just why Slappy made an appearance in this Fiction collection.... 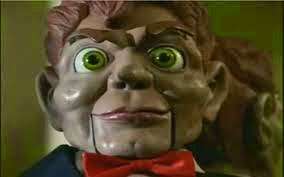 Why did you decide to use Slappy the Ventriloquist Dummy in FaceOff?

They [Douglas Preston & Lincoln Child] have a real character. They have this albino FBI agent, Agent Pendergast, who’s in all their books, and their books are huge sellers. And I do a different character every month. ‘Goosebumps’ never has the same character twice, pretty much  My most popular character is Slappy, the evil dummy, from ‘Night of the Living Dummy,’ and I just thought, What would happen if we took Pendergast, who’s in the real world and put him in a weird R.L. Stine world where people tell him, ‘Well, you’re not even an FBI agent. We don’t know what you’re doing.’ And then I just threw in this evil ventriloquist dummy, just to be weird.

I’m always amazed by people who collaborate. I never collaborate with anybody. I don’t know how it’s done.

Well, I suppose that's as good a reason as any because really, who's looking for a "living" dummy when considering potential partners in crime or solving crime.  Sounds curious indeed!

Next up...Linwood Barclay on being paired with the infamous Raymond Khoury and how their ideas meshed to create the final story....

1. What was it like collaborating with Raymond Khoury on Pit Stop?
Collaborating on a story was a new experience for me. Generally speaking, it's akin to a high-wire or trapeze act, except if it it goes wrong, you won't plunge to your death, which is a bonus. You write a chapter, and email it away, like sending off that horizontal bar to a partner on the other side of the stage, sixty feet in the air. They may catch it, but when they send it back, will you be able to grab it? The suspense comes in the waiting, wondering what your co-writer will do, where he will send the story.

2. Why is Glen Garber a good pairing for Sean Reilly?
My Glen Garber character, and Raymond's Sean Reilly were a good pairing. They're actually very much alike. Strong-willed, tough, pragmatic, but not immune to emotion. But Reilly, as an FBI agent, is the pro, and Garber, a guy who builds houses, is the amateur. Plus, he's got something very personal at stake in the story -- his daughter -- that Reilly does not. So they're going to clash at that level.  I think it's possible, after the end of this story, that they could have become friends. At the very least, they'd go for a beer.

3.  Can you tell us about the single line you emailed to Raymond that ignited the idea for this tale?
The line is: "Glen Garber had been given his coffee, but was still waiting for an order of chicken nuggets for his daughter, Kelly, when a woman raced into the restaurant screaming that some guy was on fire in the parking lot." Where did it come from? Who knows. But I knew the story was going to involve Glen and his daughter, a couple of very ordinary people. And I knew they were going to get caught up in an extraordinary situation. I wanted a sentence that would combine those elements. The mundane (waiting in line for fast food)  bumping up against the horrific (a man set ablaze). The line just happened. I wrote a few more hundred words, then sent it off to Raymond, who ramped up the mayhem in the next installment. And then we were off.

Sounds like a meeting of the minds that really took flight!
Can't say that one didn't get your adrenalin going.

Finally, let's catch up with Ian Rankin on working with Peter James and the real reason behind the setting of their story.... 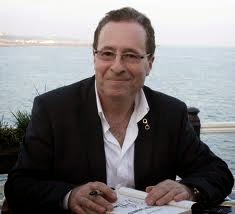 1. What was it like collaborating with Peter James on In the Nick of Time?
It was fun, as well as challenging. Peter and I have known one another for years. Our biggest problem was how to bring together two quite different cops who work 500 miles apart in different countries! Once we had nailed that, the ride got more comfortable.

2. The characters Roy Grace and John Rebus are like night and day. Was it difficult to create a connection between two very different people?
Rebus and Grace come from different backgrounds, have different philosophies of policing, so we knew they wouldn't exactly be best buddies when they met. But that is always interesting - as a writer you want relationships that provide sparks. Of course, they share one crucial imperative - they want to put away the perpetrators. Doesn't matter where your cops are from or in what ways they differ - they'll have that in common.

3. Explain why you chose Brighton as the setting for the story.
Well, we had to get Rebus to Grace's jurisdiction or vice versa. Brighton made sense because Rebus is a big fan of The Who and in their album Quadrophenia they sing about the fights that used to take place in Brighton in the early 1960s between rival gangs. That gave us the inkling of a plot, and we found a way to make it work!

Gotta love when our interests work themselves into a story.  It's like the author's are sharing just a little something more with their reading audience outside of their creativity by infusing some of themselves into the characters. 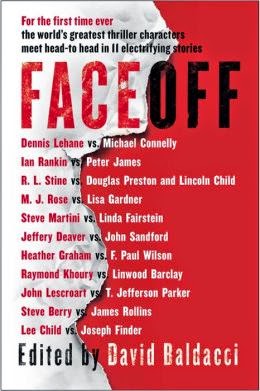 Well, that's all she wrote today, but you can find out more by tracking down a copy of this collection at your favorite bookstore or online retailer.  This Q&A was made possible courtesy of Meryl L Moss Media Relations, Inc.  For more information on this title as well as their future promotions, be sure to stop by their official site, visit them at BookTrib.com, or follow along on Twitter.  This title is available now via Simon & Schuster, so be on the lookout for it on a bookstore shelf near you...and in the mean time, feel free to click through the links included above!