Hi there!
Welcome back to the site that loves the smell of printed words in the morning (or ANY TIME for that matter)....Satisfaction for Insatiable Readers.

So, as you may have heard, I've been on a self-imposed readathon due to the release of a particular final installment that came out this past Tuesday.  Perhaps you've heard of it?  Hmm...I do believe the series has the word NIGHT in it.  *smirk*  Anywho, with so many books (hadn't read a one before this challenge thought they DID reside firmly on my "to read" list) and so little time (even my JOB was impeding my progress....as in beyond the scheduled hours, lunch break was non-existent and thus 60 minutes of reading time a day, FLUSH down the drain. UGH!), my challenge...le sigh....fell a bit short.  Not to worry friends, I'll still continue to circle back and fill in the blanks but given the time I had, I'm still rather proud of the progress I made considering I had other books to read during the same time frame.  *pats self on back*  Let's see how I did AND catch up to where I managed to read through....

CHOSEN
...here we begin discover just what our "chosen" fledgling is up against.  Nothing is as it seems.  Enemies become friends (some), friends become enemies, and trust is a hard commodity to come by but if you're dealing in secrets, you've struck GOLD!  I love how Zoe begins to connect even more with her Goddess.  I love how Aphrodite has changed and yet, hasn't.  I love how Stevie Rae....oh, wait....some of you reading this may not have read the book yet.  Ummm....forget I mentioned her.  *whistles*  Then of course there's the guy trio Zoe is having to sort out and if you think that juggling boyfriends is easy, think again....especially when you've Imprinted on one, are experiencing the first flutters of love with another, and are falling in lust with a more experienced vampyre (i.e. man).  Good grief!

UNTAMED
...now that some obstacles have been overcome, we're experiencing a heavy dose of CHANGE  Here we find out just what evil had been set in motion, the who that is pulling the puppet strings comes to light and just how close Nyx holds Zoe and her friends to her heart.  It's dangerous and dark yet beautiful and only the beginnig of the nightmares lurking ahead.  I was beyond tickled when the Benedictine nuns made an appearance, but I was biting my nails when Zoe's Grandma was injured  (*sob*).  The introduction of Stark was a curiosity, didn't see it coming nor was I completely convinced Zoe's connection with him was real (WAY TO FAST!) but having read other installments, I've come to accept it because trust me when I say, this isn't the last you'll be hearing from him.  Dun dun dun...

HUNTED
...at the end of the last installment, all you-know-what had broken loose and the gang were regrouping underground.  Now, there are choices to make, none of which are easy and most of which lead to trouble.  In this case, trouble begins with the reappearance of Heath and a near death experience for our leading lady which leads them all righ back into the clutches of evil.  ~shudders~  I mean, could you imagine returning to where everything began when those that ended the peaceful times are now ruling, oh wait, excuse me....creating chaosis and destruction?  Yeah, me neither but with the help of her friends (both old and new, red and blue), Zoe can take on the world....even those not of it.

That's right, I've done what many (including myself in most cases) preach against, read part of the series out of order.  Well folks, it had to be done so I bit the bullet and now you get to read the results of my adventure.  Ladies and gents, please join me in welcoming today's blog tour guest and my book of choice..... 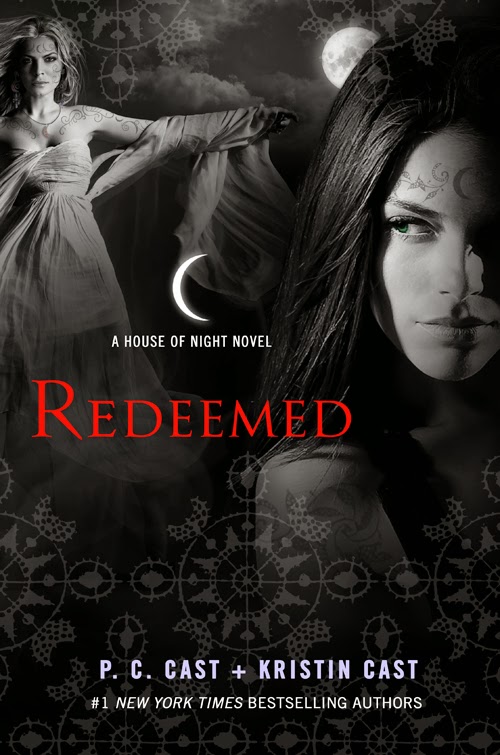 About the book...
Zoey Redbird is in trouble. Having released the Seer Stone to Aphrodite, and surrendered herself to the Tulsa Police, she has isolated herself from her friends and mentors, determined to face the punishment she deserves—even if that means her body will reject the change, and begin to die. Only the love of those closest to her can save her from the Darkness in her spirit; but a terrible evil has emerged from the shadows, more powerful than ever…

Neferet has finally made herself known to mortals. Crowning herself a Dark Goddess, she is evil unleashed and is enslaving the citizens of Tulsa. The vampyres of the House of Night have banded with the police, and are gathering every last resource they have, but they know that no single vampyre is strong enough to vanquish her—unless that vampyre has the power to summon the elements as well as the ability to wield Old Magick. Only Zoey is heir to such power…but because of the consequences of using Old Magick, she is unable to help.

In the final novel in the House of Night series, an epic battle of Light versus Darkness will decide who is redeemed…and who is forever lost.


I didn't know what to expect!  After having followed the gang so closely through the first five installments, I was eager to see just where my leap into their future would take me.  Boy was I in for a shock.

Zoe in jail for murder?
A few members of her inner circle DEAD or missing?
Someone formerly in a position of evil now making moments with the Goddess herself?
One formerly aligned with good, turned to the darkness and now extracting what she feels are her rightful dues from those around her?

I was THRILLED TO BITS to see some of my favorites in one form or another (*ahem*...no comment).  I appreciated the final glimpse before book's close at the ever after for a few choice souls.  I loved knowing that Zoe had found love, cherished love, and was willing to give it all up to save the world in lieu of her heart.  She really grew into her powers (as they all do by book's end!) and though I've got to circle back to fill in a few blanks for myself, I felt it a satisfying end to what's been (thus far) a fabulous series. 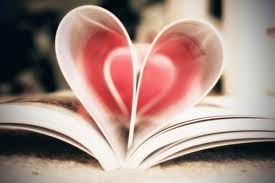 Recommended read for fans of magic and mythology, those that live in the here and now as well as those that believe there is more out there than meets to eye.  It's a rush from start to finish with a lot of fun to be had outside of the doom and gloom.  Though it's rated Young Adult, I've also seen it housed in the Adult section at my own local library (thinking it's purely due to the steamy scenes)....so readers of both genres are welcome to join the rabid fan base and expect delicious results.

P. C. CAST is a #1 New York Times and USA Today bestselling author whose House of Night Series(which includes Marked, Betrayed, Chosen, and Untamed) has been awarded the prestigious Oklahoma Book Award, as well as the PRISM, Booksellers Best, Holt Medallion, and more. She lives in Oklahoma with lots of dogs, cats, horses, and a burro. KRISTIN CAST teams up with her mother to write the House of Night series. She has stories in several anthologies, as well as editorial credits and is currently working on her first stand-alone novel.

Special thanks to Mea at Meryl L Moss Media Relations, Inc for the chance to bring this tour to all of you as well as the review copy.  (THANKS!)  For more information on this tour or those forthcoming, be sure to stop by their official site or catch up with them on Twitter.  SPEAKING of Twitter, don't miss all the fun as the REDEEMED Tweetathon continues with fun 140 character or less lines from the book!  Just follow the #HONRedeemed hashtag to stay in the loop.  This title is available now via St. Martin's Griffin, so be on the look out for it on a bookstore shelf or virtual retailer of your choosing.

Now, if the celebration of this book's release wasn't enough excitement for you, PREPARE TO BE AMAZED.  Why?  Well, I'll put it simply. It's CONTEST TIME!

That's right and what's up for grabs will really knock your socks off.  Are you ready?  Are you sure?  Well then, who am I to stand in the way of a grand contest?  Ladies and gents, up for grabs we have....a SIGNED copy of the House of Night comic! 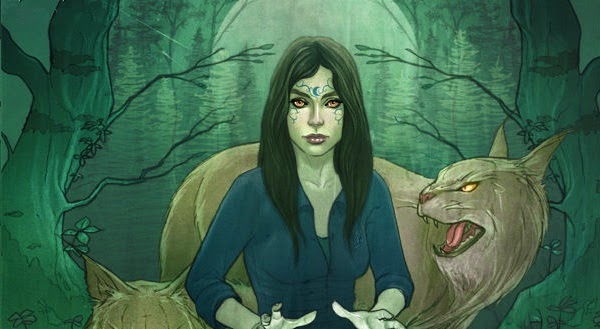 Yep.
That's right!
Thanks to the fab team at Meryl L. Moss Media Relations, Inc., you my friends have the chance to win this fabulous prize to comemorate the end of the series, add to your SIGNED collection, or even to open the door to all that is the House of Night series!

In the comments below, I want YOU to share something about the series that stuck with you.  Whether it be a particular book that rocked your world, a character that stuck in your heart, the magic within, the writing, the....anything!  Whatever struck your fancy about the series SHARE IT IN THE COMMENTS BELOW....and fill in the Rafflecopter for your chance to win!

The rules....
...open to US residents only, no P.O. Boxes please.  Entries accepted through midnight CST October 31st, 2014.  Winner will be contacted and have 48 hours to respond with their full mailing information which will then be sent to the tour host for prize send out.

thank you for the giveaway!!!!
LOVE this series!!!

A character that really stuck with me was Aphrodite. I believe she had some of the most and best character development out of all of the characters. She started out as Zoe's main enemy in the first book and changed so much after that. I also like her because she has a lot of attitude and an interesting personality. Thanks for the giveaway!

The running theme of selflessness is what stuck with me.

I honestly have never read the series. I would love to but just haven't had the chance yet. Both of my sisters are huge fans of the series and are constantly bugging me to read it so this prize would be great for them and hopefully me soon.