Hi there!
Welcome back to the site that aims to please, Satisfaction for Insatiable Readers.

I'm telling you, this week has been all about the ebooks, and despite them NOT being my media format of choice, I've have some real winners.  Today's title fits that description like a belle at a ball, or perhaps better stated as a star on a treetop.  Yes, folks.  Though I'm a one-holiday-at-a-time kinda girl, in the reading world, you can't help but get sucked into the magical world wind of holiday books flooding the shelves, both virtual and physical, this time of year.  Today, we're playing host to one such title courtesy of Kimberly the Caffeinated VA.  It's a short story, a novella if you will, that despite its length, is long on heart.  Ladies and gents, readers round the globe, please join me as we welcome today's blog tour guest and ebook of choice... 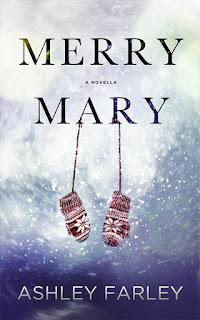 About the book...
A young woman longing for a child stumbles upon a Christmas miracle.
Investigative journalist Scottie Darden is photographing the homeless for her Lost Souls series when she makes a discovery that could change her life forever. Under a makeshift tent in subzero temperatures in a downtown city park, she finds a woman's dead body with her infant child. Without her cell phone to call for help, Scottie makes the split-second decision to take the baby home. Her initial instinct is to provide the baby with food and shelter until her family can be located. But as her fondness for the baby grows, she finds herself facing a life on the run or worse—prison time for abduction.

First things first, when I heard about this particular tour, I knew I had to say yes almost before I read about the book on feature.  Why?  Because I had previously been exposed to the author's writing in her novel Her Sister's Shoes, and was rather impressed with my experience.  So, you might say this one was a SHOE IN from the start.... ^-^  Novellas are funny creatures though.  Short enough to devour in an hour or so, but often times not quite long enough to truly allow the reader into the story.  Luckily, that was NOT the case here. 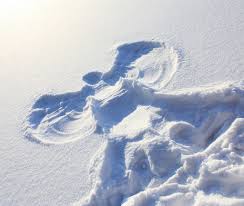 Our leading lady, Scottie is a tough yet tender soul that we see bared from the start.  The way she feels for, cares for, and aims to share her experiences with "the Five" is heart warming.  When faced with dire straits most unexpected, she does what she does best....reacts with her whole heart and worries about the consequences later.  In this case, a tiny child is the "object" of much worry.  Inadvertently abandoned, she has no hope of survival unless someone comes to her aid.  That earthbound angel in disguise is Scottie, and though she doesn't realize it quite yet, the path she's just begun will be much harder than it seems.  What happens when Scottie's good intentions progress one step too far in the public's eye?  Their validation or prosecution is all that stands between her status of saint versus sinner.  Will she and Merry Mary have a chance to celebrate a first Christmas or will the consequences of her heartfelt reaction land her in a life sentence of trouble?

The significance of her decision weighs heavy throughout the story as we are reminded that there are always two sides (or more) to every story.  Had she known some of the things she did by book's end, she may not have landed in the hot water she seemed only to eager to tread, but her heart was in the right place.  The care with which her story was told was wonderful, showing the beauty of motherhood, whether by birth or circumstance, in all its glory.  The bond that Scottie and Merry Mary had was wonderful no matter how short (or long...I'm not spoiling it!) lived.  The same can be said for the other relationships on display in the story.  From her strong connection to her brother and parents to her failing marriage (honestly, no love lost there with that guy...idiot) and even the friendships we see however tentative, the author leaves us with no questions as to whom they are in support of or who's side they'll be standing by.  That's something I'd definitely say is a niche talent of this particular author; the ability to create lasting bonds in no time at all between her characters and her readers.

When all was said and done, I was flipping epages as fast as my pointer finger would allow in order to see this holiday tale through to the last.  Was it going to be a happily ever after for dear sweet Scottie or a sad reminder that not everything is meant to be?  In truth, it was a bit of both with a dose of bittersweet and tenderness mixed in for good measure.  Merry Mary is definitely a read that should be on your holiday list this year for sheer enjoyment as well as a reminder of the important things that can get lost in all the lights and bustle this time of year.  Recommended read for older teens through adults.

Ashley Farley is a wife and mother of two college-aged children. She grew up in the salty marshes of South Carolina, but now lives in Richmond, Virginia, a city she loves for its history and traditions.After her brother died in 1999 of an accidental overdose, she turned to writing as a way of releasing her pent-up emotions. She wrote SAVING BEN in honor of Neal, the boy she worshiped, the man she could not save. SAVING BEN is not a memoir, but a story about the special bond between siblings. Look for HER SISTER’S SHOES, a women’s novel that proves the healing power of family, scheduled for release on June 24, 2015.

Special thanks to Kimberly the Caffeinated Virtual Assistant and mind behind the Caffeinated Book Reviewer for the ebook for review as well as the chance to bring this tour to you. (THANKS!)  For more information on this title, the author, or those promotions on the horizon, feel free to click through the links provided above.  This title made its debut October 2015, so be on the lookout for it on a virtual bookshelf near you.

BEFORE YOU GO...
Ashley is giving away a $50 gift card (INT) choice of Amazon, Barnes and Noble or Paypal! Just click here to enter!

Lovely review Gina. Thanks for hosting

There seems to be such an incredible amount of great festive books available this year and from what I'm hearing this is one of the best according to many.

Great review, thanks for sharing your thoughts on a book I'll be sure to keep a look out for.

Gina, thank you so much for this insightful review. I'm so glad you enjoyed Merry Mary and I hope you will look for the novel-length sequel in the spring. Best wishes for a wonderful holiday.

Fantastic Tracy! I do think you'd enjoy it.
^-^

Thanks for stopping by and for the future read to watch for! Happy holidays to you and yours.