For the Death of Dustin Essary by Tim McDonald

Today, we're taking a walk on the musical side of the written word.  A place where songs and lyrics meet up with life experiences to share a story too sad to be pure Fiction, yet to far on the edge of reason to be 100% truth.  It's a unique online experience to say the least, but before we delve any further, let's properly introduce it.  Today's reading experience (because it's not truly a book nor a musical journey) of choice is...

For the Death of Dustin Essary
by
Tim McDonald


A selfish, neurotic, particularly naïve 13-year-old kid named Tim (me) lives a typical adolescence until his best friend Dustin Essary shares with him a series of extraordinary dreams—and the fact that he has cancer. Dustin tragically dies that summer of 1978, which impacts Tim for the rest of his life and brings about a strange, musical experience that helps him process the whole thing. Set in Phoenix, Arizona, this true-life experience leads to the writing of three songs more than 30 years later that evoke the dreams Dustin shared with Tim decades before.


This is autobiographical fiction, folks, so don’t get too excited. Most of it’s true, though.﻿ 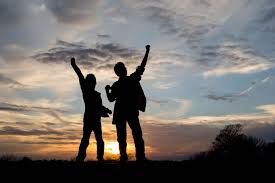 I have to say, the story itself was touching as a whole.  The fact that these lads were presented in their every day glory, goofing off, hanging out with characters not exactly fit for childhood friends, finagling adult beverages from those willing to buy them on their behalf, spreading their wings and testing their limits, really put everything into perspective when the hammer fell and the joyride came to an abrupt end.


The friendship shared between Tim and Dustin wasn't something they'd write songs about (okay, bad example, but you know what I mean) but it was special nonetheless.  They were there for each other in their own ways, perhaps as much as two lads can really be, and so when that one faithful summer came about, you felt the blow as much as they.  The dreams Dustin was having along the way...I admit, they were over my head and highly unusual.  If this portion was something his friend shared in life, my only guess was that the "visitors" were trying to help deliver the message of the change in his immediate future, thus lessening the blow.  (Think Grey's Anatomy with Heigl's character hallucinating about that fellow she was in love with.)  Once things were revealed, the story felt heavier, but also complete...as if you were waiting for this the whole way through and now all the ups and downs, fights and "we're cool man" make ups, made sense.  Like I said, I enjoyed it...now let's talk about it's musical accompaniment. 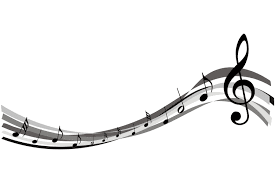 The music was enjoyable; easy on the ears with words to move you that were sung with the power of the heart.  I was glad for the inclusion of the lyrics to fully appreciate what was being shared as well as the opportunity to download them for later listening enjoyment...BUT...as far as their tether to the story, I found it tentative at best.  For me, I actually found them more distracting then anything else.  It could be simply because I'm not an audiobook fan (though this isn't exactly that).  It could be because I really like to purely explore the written word all by its lonesome.  Whatever the case may be, it and I will have to part ways with an understanding that while the media mix is certainly unique, it may not work for all audiences.


Recommended read for older teens through adults due to some content and limited language. 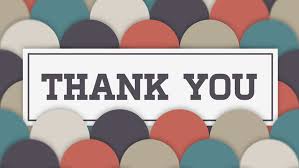 Special thanks to author and musician Tim McDonald for access to the review copy, complete with "soundtrack" for the full experience.  (THANKS!)  For more information on this work, the musicians behind the music, or future works in progress, feel free to click through the links provided above.  This title is available now, so click on over to amusicnovel.com to check out an excerpt or sign up for access!

Intrigued by the musical accompaniment, I've only ever read one book like this and whilst it was novel it didn't particularly do anything for me but then again giving the right book this might have worked better.

I love books that transport me into a teenage mind. So much excitement and joy for life.