Anything HE can do SHE can do too!: Ada's Ideas by Fiona Robinson

Today, we're diving into an edutainment selection via Abrams Books for Young Readers.  It tells the story of a particular young woman from the 1800's that accomplished something you may or may not realize at this point in time, but by review's end, you surely will.  Though I know school is about to begin once again for the kiddos, I do believe this recent release will still draw inquiring minds to its pages because as we all know, KNOWLEDGE IS POWER and with its Picture Book format, it makes it less a lesson in history and more an enjoyable read.  Ladies and gents, inventors and computer whiz types of all ages, please join me as we introduce today's book of choice...

About the book...
Ada Lovelace (1815–1852) was the daughter of Lord Byron, a poet, and Anna Isabella Milbanke, a mathematician. Her parents separated when she was young, and her mother insisted on a logic-focused education, rejecting Byron’s “mad” love of poetry. But Ada remained fascinated with her father and considered mathematics “poetical science.” Via her friendship with inventor Charles Babbage, she became involved in “programming” his Analytical Engine, a precursor to the computer, thus becoming the world’s first computer programmer. This picture book biography of Ada Lovelace is a compelling portrait of a woman who saw the potential for numbers to make art.

While dazzling in any time period, the particular one we're visiting makes the information, the knowledge of what was discovered THAT much more astounding, not because women were any lesser at that time but they were viewed as such (*grr*), though the "cover up" of sorts remains rather unsurprising.  But I digress...

The life of one Ada Lovelace is brought to light here in wonderful binary color.  From the curious "undie" cover reflecting the original binary punch cards that were used to feed the question, process, and answer to initial computer models to the unusual illustrations that almost appear to be punched out themselves and layered to get the desired results, this is a Picture Book adventure through history like few others.  Who knew that the child of a reknowned poet and a mathematician would end up combining both the flights of fancy and solid logic to create the base for what we use without another moment's thought today? 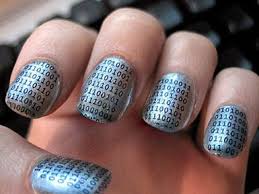 I found it interesting to watch Ada grow from a sheltered young girl to someone that finds her voice and uses it to seek ways of doing things more efficiently in a world that wasn't quite ready to hear it.  She was thrilled with the challenges that life presented and ready to face them head on...all while abiding by the abismal fashion sense of the period.  *shakes head*  Though she and Mr Babbage never saw their inventing dreams come to fruitition, their plans, notes, and collective thoughts would help form the base for more than a counting machine, but computers as we know them today.  Ada believed the seemingly impossible could be achieved and, by golly, she was proven right.

Recommended read for inventors of all ages, girls and boys alike.  It never hurts to be reminded of the power of perseverance, nor that a mind, whether male or female, is a terrible thing to waste. Special thanks to the Abrams Books team for the surprise arrival in my mailbox for review.  (THANKS!)  For more information on this title, the author, or the publisher, feel free to click through the links provided above.  This title celebrated its BOOK BIRTHDAY August 2, 2016 via Abrams Books for Young Readers, so be on the lookout for it on a bookstore shelf or virtual retailerof your choosing.