Hi there!
Welcome﻿ back to Satisfaction for Insatiable Readers.

Today, we're spreading a little PRE BOOK BIRTHDAY BUZZ about a new title coming NEXT WEEK via HQN!  It's the latest from author Jodi Thomas, falls squarely in the Women's Fiction genre, and quite honestly is a remarkably beautiful, and surprising read.  So if you'd be so kind, gather your best friends, and settle in for today's book of choice... 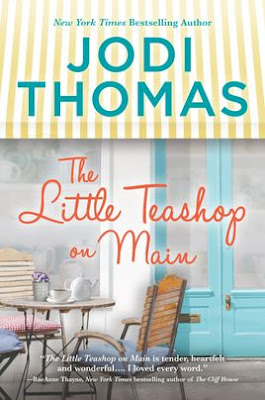 The Little Teashop on Main
by
Jodi Thomas
9781335507556
HQN
RELEASE DATE:  05/07/19
About the book...
A rainy-day ritual—a tea party between three little girls—becomes the framework of not only their friendship, but their lives.
Redheaded, curly-haired Zoe is openhearted, kind and free-spirited, and dreams of becoming a famous actor in New York City. Shy Emily struggles with mental health but has the heart and soul of a writer. And Shannon—tall, athletic, strong—has a deep sense of loyalty that will serve her well when she heads off to military college.
As Zoe, Emily and Shannon grow into women—forging careers, following dreams and finding love—they’ll learn that life doesn’t always unfold the way they want it to, but through it all, the one constant is each other, and their regular tea parties. And when the unthinkable happens, the girls must come together to face the greatest test of all.

It's most definitely a character driven novel, so there's truly no way to discuss it other than through its characters, so that's just what we shall do!  We've Emily...slight, shy, and troubled, but when given the chance to truly bloom with the rays of love on her side, she comes into her own magnificently.  I adored her character despite her run-ins with the "dark side", and I loved seeing her take the reins on her life.  Then there's Zoe...a live by the seat of her pants dancing through life sort of gal who had her heart set on stardom.  She could have done anything she set her mind to, I've no doubt...but sometimes we're called for something, follow something even we don't understand, and I think that's why I loved her character.  She lived freely, loved freely, gave freely, and still managed to keep a bit of herself for herself, and even when a star on the walk of fame didn't seem as feasible, she found the silver lining and made the best, GAVE her best, while paving herself a new path.  Last of our trio would be Shannon...strong willed, straight forward, no time for dalliances that don't fit into the organized schedule of life as she saw it, Shannon.  Don't get me wrong, her ways were severely influenced by her father (a man of the military through and through, but with a heart of gold, and a fierce love for his daughter, her friends, and his chosen family), but at some point, we can't extend the finger of blame to past guidance; we have to take ownership for the decisions we make, the life we choose, the hearts we however unintentionally break.  She's a tough one to crack, but as worth the effort as the other two.

Yes, it's a cast of leading ladies that we get to follow from princess dresses through graduation/wedding gowns...but they aren't the only ones that make the story.  There's Mack (Shannon's father) that we previously mentioned...Alex (Zoe's mom) with a penchant for baking, but a past that would bring you to tears...Fuller who's connection to one of the ladies was unusual to say the least, but his devotion to her, astounding...and Jack, who we honestly can't say enough about.  Of the "others", Jack's story is probably the most intertwined with the girls (if ever an invitation was extended to another to tea, he'd probably be the one to receive it), but it also makes his story have more ups and downs, twists and turns, sudden joys and jaw dropping losses.  What can I say?  He loved them all in their/his own way, and his eventual ever-after was most deserved.

All in all, a rather moving novel reminding us of the importance of friendship, forgiveness, and knowing when to let go.  There was actually a lot of cloak and dagger tactics employed that I didn't quite expect in regards to solving the initial "mystery" presented in the Prologue, but it only served to enhanced the story because while you might have been looking one way, thinking were changing just over there, allowing the ending to mature on its own, and reveal the truth of that final Forever Tea.  Recommended for Women's Fiction and Contemporary Fiction fans.

New York Times bestselling author Jodi Thomas is a fifth-generation Texan who sets many of her stories in her home state, where her grandmother was born in a covered wagon. She is a certified marriage and family counselor, a Texas Tech graduate and writer-in-residence at West Texas A&M University. She lives with her husband in Amarillo, Texas. 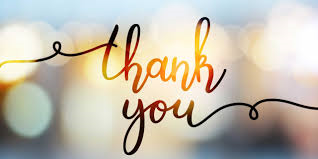 Special thanks to the Harlequin Books team for the ARC for review.  (THANKS!)  For more information on this title, the author, or the publisher, feel free to click through the links provided above.  This title is set to celebrate its BOOK BIRTHDAY May 7th, 2019 (as of this post), so mark your calendar or pre-order your copy today!

Oh, I do enjoy a good character driven novel and whilst not a genre I read that often, when in the mood love a good friendship story.