Greetings and welcome to Satisfaction for Insatiable Readers.  Whether you're a new visitor or stop through on a regular basis, thanks for stopping by.  For those that generally frequent the site, you may have noticed that I am not only an avid reader but a pet lover as well.  While all fuzzy critters great and small have a special place in the hearts of their human friends, dogs are the ones closest to my own.  When I find a book that has these lovelies tied into the story...it just makes it that much more fun, such is the both expected and unexpected instances in the story we'll look at today.  Without further adieu, today's book of choice is.... When tragedy strikes, it can be hard to strike back.  Finding the courage to raise one's head again is often difficult but manageable...as an adult.  When those tragedies visit during our childhood days, it makes it nearly impossible...but then again, faith is about having belief in those things that are seemingly impossible is it not?  Cassandra Higgins is a wife, mother, and collector, but in her heart of hearts she is an animal lover.  In her youth, she loved nothing more than rescuing and bringing to health those furry friends needing a helping hand.  She longed to one day become a veterinarian so she could tend to the masses...but that dream came to an end when a death in the family rocked their carefully built foundation to its core, shaking loose doubts and fears long kept dormant and making hopes and dreams a luxury just out of her reach.  Her family is broken...beyond repair?  That remains to be seen, but if a recent acquisition from the Collectors' Convention has anything to do with it, these wounds of old might just heal in new and unexpected ways.

Let's start with the cover of the book, which I myself found most enchanting.  It depicts a snowglobe with a little girl and three dogs inside, surrounded by "flurrious" winter activity.  It is not however merely a cute picture chosen without thought as the globe shown plays a role in the events that occur within the story...though not exactly how you may be imagining.  In fact, at times I thought, okay, it's the snowglobe series....why does the snowglobe not feature more often, but in continuing my read of the story, I came to see it was merely a vehicle by which Cassandra was to grow above and beyond her past.  It was a physical representation of what her life once was, became and now could be. 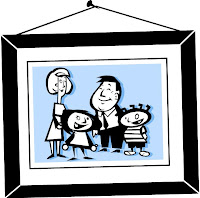 The cast of characters taking turns in both supporting and primary roles gave the reader other viewpoints to consider as the story unfolded.  You have Burt Burt (no, that's not a typo) the town butcher full of whit, charm, and a giving heart.  "Bad Betty" Kamrowski, Cassandra's mother who was graced with the "bad" nickname due to her own actions and yet is perhaps the most misunderstood of all (can't tell you why, it's be too spoilerish!), though by books end her heart is beginning to show.  Cassandra's family and friends, each taking turns in the spotlight with their own stories of loss, strength and courage, all leading up to an ending both pleasing and unanticipated.  It's wonderful when a book can surprise you.  Though not a fast paced page turner, it certainly holds it own.  The characters have a journey to travel within this book and though at times the end is not quite clear, the personal revelations made and obstacles conquered make for a read to remember. 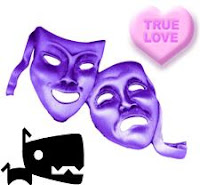 The storyline resides in a genre of books I generally avoid as they can become preachy in nature.  This one, though there are moments of spiritual guidance, is presented as the characters belief system, not a push for you to be swayed one way or another, leaving you free to enjoy the story and receive the moral at books end as you would with any tale.  In short, it offers a little bit of everything.  Family drama (Three words...mother and daughter.  There, that should clue you in to the amount of drama that can take place...), a love of creatures great and small (Doggies, and bunnies, and other things, OH MY!), heartache (death is a frequent visitor in Cassandra's past), happiness (Egad!  "Bad Betty" may have a lighter side!), and everything in between (yeah...from durve's for all occasions, complete with a recipe at book's end...to random acts of funny....there's a lot covered in here). 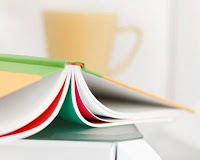 In summary, it's a book that is as sweet and endearing as the snowglobe graced cover.  If we had more people in the world like those within this story, we'd be in a much happier if not better place.  They're not fake happy-all-the-time people.  They're real enough to have emotions and issues just like the rest of us.  The turns their story takes reminds us to have an open heart and mind when dealing with others, even when you think you know them well.  Just because you know their story, doesn't mean it's the unabridged version and those missing details could make a world of difference in understanding them fully.  No worries, they'll share when and if they reach a point where they are ready to, but in the mean time, accept them as they are...differences of opinion and all.

Now, I must give a special shout out to this wonderful author.  Why?  Well, let's see... Her stories are full of heart and rich with meaning.  She's a witty source of tweet-ful and twinkly tidbits to make you smile (serious, check out her Twitter feed).  She has a wonderfully cute rescued dog named Kornflake whom shares the limelight with her from time to time.  Oh and she was also the very FIRST sponsor to sign up for the Got Books? Event...throwing her hat in the ring to support the hair brained idea of two bloggers with only a handful of participates signed up (at the time)...definitely a confidence booster.  So, if it's not clear....THANK YOU!

For more information on this author and her work, check out her website, or follow along on Twitter!  Review copy of this title was gained from a GoodReads giveaway earlier in the year.  ONE MORE THING!  Did you know....Snowglobe Series, Book 2:  Divine Appointments was scheduled to hit shelves as of yesterday?  Be on the lookout for it in a store near you....and you can count on a review of same said title to be right here in the coming days.

Oh, I just loved the cover of this one and then the next one in the series. I may need to pick it up for the Chick Lit site, as I definitely need something a little more loving and heartfelt than I've been getting recently.

This story sounds just delightful. I love how you talk about how they learn accept one another's differences, absolutely the world would be better if we could all learn that lesson.

Like a child, I love snowglobes. A great review, well written. I'm with the 1st daughter in that the world would indeed be a better place if we could learn to tolerate/accept each other differences.

The1stdaughter: Thanks! I agree...I think it would make a wonderful pick for your chick-lit site as well for all the reasons you mentioned. ^_^

Petty Witter: You too? ^_^ I love snowglobes as well, started collecting them when I was younger but alas, some got lost or broken along the way. Thanks for your kind words! ^_^

I think I will grab this one..I enjoy positive books.

the cover is gorgeous! sounds so good!

What is it about snow globes? So whimsical and magical :) FAB post.

Thanks for sharing your review.

Cleverly Inked: Great idea! This one may just be a great pick for you...as is the next one in the series thus far.

bookdout: Thanks for stopping by!

Another beyond excellent post!!! I so miss checking up on everyone's blogs lately! I am adding this book to my must read list also! Thanks!