Hi there!
Welcome back to Satisfaction for Insatiable Readers…the place to be when the need to read strikes and you want to strike back!  Can you believe that it’s the LAST WEEK of February already?  *checks calendar*  Well, it is…and whew has it flown by!  Anyway else get whiplash trying to catch a glimpse of it?  At least with its swiftness it brought some great new titles our way and the rest of 2012 is looking as promising as ever, but I digress. 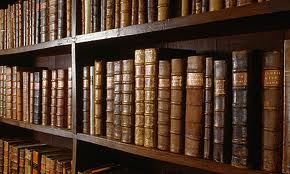 Today, we are not here to talk about a brand-spanking-new-hot-off-the-press title, BUT…it deserves our attention all the same.  Why?  Because, my fair readers…a book is a book is a book.  Regardless of the time or space we encounter it in, it remains a pristine work of art to be consumed by us in our own time.  That being said, this book isn’t really THAT old…in fact the original publication year was just 2010…the paperback (of which I indulged), 2011.  Ironic part of it all, it deals with time both PAST, PRESENT, and potential FUTURE.  So my opening remarks really play well into the whole theme…well, at least I think they do… ^_^.  Moving on, let’s shine the spotlight where it belongs.  Today’s book of choice is… 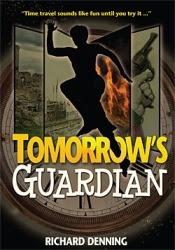 When Tom Oakley experiences disturbing episodes of déjà-vu he believes he is going mad.  Then he discovers that he is a “” and can transport himself to other times and places. Tom dreams about other “Walkers” in moments of mortal danger: Edward Dyson killed in a battle in 1879; Mary Brown who perished in the Great Fire of London; and Charlie Hawker, a sailor who drowned on a U-boat in 1943.Agreeing to travel back in time and rescue them, Tom has three dangerous adventures, before returning to the present day. But Tom’s troubles have only just begun. He finds that he's drawn the attention of evil individuals who seek to bend history to their will.  Tom’s family [is] obliterated and he soon faces an impossible choice:  To save the world he must sacrifice his family.

I have to go with the cover statement there…”Time travel sounds like fun until you try it…”…because my-oh-my how much trouble it gets Tom into!  From missing school to “fainting” spells at the most inopportune moments (read that as embarrassing too), reliving the last few minutes to running for your life into both the past AND the present….Tom’s life is anything but a dream!  ~shakes head~  So many questions to answer, and tragedies to handle, it’s no wonder poor Tom doesn’t know his ups from his downs and now he has THIS to contend with (not to mention the dramatic final scenes that we are constantly working out ways towards throughout the story).  It’s a lot for an adult to handle, let alone a twelve year old boy….even if he is rather remarkable.  Let’s take a look at this area a bit further, shall we?

The characters we meet throughout Tom’s journey are memorable and distinct….especially when you consider they don’t all come from the same era!  You’ve got Professor Neoptolemas…the man in charge of the Hourglass Institute (the home of those that wish to serve as Guardians of Tomorrow) and the one from which we’ve got A LOT to learn.  Of his age, we are uncertain, but of his mind, there’s no mystery.  He seeks to protect the world of tomorrow by utilizing the skills of those from today (and yesterday) and if that means putting a few people in danger, well then so be it.  Okay…so maybe there should be a little question about his mind, but at least his heart is in the right place, right?  Moving forward…

Tom Oakley, the star of the show…or rather the boy with a BIG decision to make.  Conquer his blossoming skills to become the best Walker he can be and potentially save the world from a dark end (or perish trying…*gulp*)…or refuse his powers and have the normal life he is entitled too, complete with bullies, lack of self-confidence and an unquenched desire to see more of our great big world.  Hmm…big decision…well, it is when you factor in that “life on the line” part.  He’s a likable kid with a big heart, always trying to do the best thing….maybe not always succeeding, but trying nonetheless.  Now his “friend” on the other hand…another story altogether.

Septimus (now, now…not THAT one, this one is someone entirely different) is a fellow Walker, in fact Tom’s mentor if he truly needs a label, but he’s not exactly on the up-and-up.  You see, he prefers the financial standings to be gained by a life as a “rogue” Walker….you know, sorta like a man-for-hire deal but generally without the ending of another’s life.  In fact, there’s something he’s not quite telli…oh, wait a second….you almost had me.  *puts lid back on can of beans SECURELY*  There, that’s better.  Suffice it to say, learn as much as you can about this Welshman because you never know just what you’ll need to remember come future events.  Moving forward…or rather back…

The three Walkers for which Tom is sent to retrieve leave an interesting mark.  First we have Edward, who has a rather hard time coming to grips with the situation...at first.  Next, there’s Mary, who rather believes she’s been taken by demons and devils, and considering the time she came from, it’s not hard to understand why (though with her known abilities, it does give one pause).  Finally, there’s Charlie…from a time not as far back so his acclamation to modern day society is much less dramatic, but whose focus is not exactly on the prize at the end of the day.  They each have their strengths and their differences, but when they come together, you’ve in for quite a show of force….you’ll definitely want them on your side.  There is however one you don’t want by your side or any other place within reach…Captain Redfeld.

Ah, yes…the Captain.  Let’s just say that if evil had an opening for a right hand, he’d be there with his resume in hand before the ink dried on the posting.  He makes Tom an offer he can’t refuse, or rather shouldn’t because it sounds oh-so-good, but Tom has a good head on his shoulders and makes the right decision in the end.  What was that decision?  Can’t tell you….but it does manage to tick the wrong people off setting into motion a slew of heartbreak, danger, and time hopping that you’ll want to hang on tight for.  Now, along with the good must come a dose of the bitter… 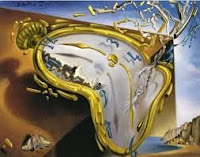 At times, the book did rub me the wrong way.  Time travel, fractured realities, and the like is a mind boggling concept in and of itself (to me anyway) as there are so many what-ifs to contend with….but add to that an attempt to explain it on a technical level and …yeah, you’ve lost me.  I was fine when picturing each place as its own world, but once we got into the how’s and why’s of everything and where it all connects (and what’s with the sand table?), it was a bit fuzzy.  For this reason, although it is rated as a children’s title, I would definitely maneuver it more towards older children or young teens….just so the concepts covered are a bit easier to digest.   It didn’t ruin the story for me, just installed a few speed bumps to contend with.  Anywho…

Overall, an interesting read that bends time left and right but somehow or another, manages to sort things out properly by books end.  Despite the fact that this is book one of a planned trilogy (entitled,   the Hourglass Institute Series), the loose ends are not so discernible that if you were looking for a stand alone book, it wouldn’t work…a point I rather like.  Will I be checking out book two (entitled, Yesterday’s Treasures)?  *shakes Magic 8 ball*  Outlook cloudy.  I believe for the time being, I’m good with keeping my reading self out of the Flow of Time….though I did enjoy my hours with these characters…but that doesn’t mean you have to follow suit because I know a lot of you out there would adore this adventure, you just have to give it a second glance.

﻿ ﻿
Review copy received courtesy of author Richard Denning.  (THANKS!)  For more information on this book as well as the forth coming series, feel free to visit him online at the official website, check out his blog for the latest news, ‘like’ him on Facebook, or follow along on Twitter.  Oh, and that official website?  There’s a link there to read an extended preview (or check out the audio sample where the author will read the preview to you!) of book one so you can get a sample of the action before you fully commit…give it a try, that’s what convinced me to read it.

~Hmm…it seems Tom’s condition is catchy, or rather that I caught it momentarily when I pulled this one from the TBR review pile, as this one was scheduled for a March read through…*checks calendar*…cie la vie.  They'll all be posted in good time...(HA!  Get it?  Good time... ^_^) ~
Posted by Gina at 12:35 PM

I love time travel! This book sounds awesome and I think I'll head over to amazon and get it!

Thanks so much for sharing this!

So glad to see you enjoyed this one. It does sound good. :) Thank you!

Kristi: I haven't been exposed to it very often as of yet, but ironically enough the book i JUST finished dealt with it too...go figure! Would love to hear your thoughts on it if you do read it.... ^_^