A title you won't want to refuse...

Why hello there!
Imagine running into you HERE, of all places!
You wouldn’t be by chance looking for your next read or a new addition to your wish list now would you?  Because really, I think we’re fresh out… 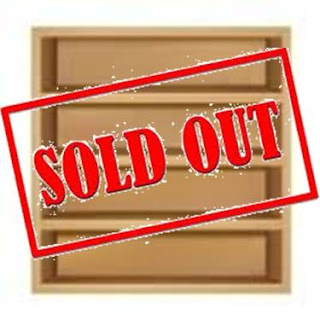 LOL.
(You are laughing, right?)
Anywho…

Welcome back to another day another post here at Satisfaction for Insatiable Readers.  Today we feature a title that just made it’s debut in the publishing world and is chock full of goodness for children of all ages (aka YOU, me and that person over there trying to pretend they are not reading this review…yeah, I see you…~waves~).  You’ve got mystery, action, suspense, and a final reveal too good to miss….have I got your attention? Good.  Let’s do this.  Today’s book of choice is…. 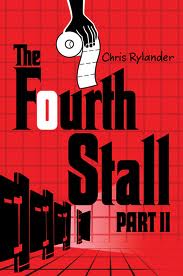 The life of crime is good. Mac has taken down legendary high school crime boss Staples, business has been booming and Mac and Vince are getting ready for middle school baseball tryouts. But this cant last. Mac has always tried to keep his friends close and his enemies closer. But what happens when you can’t tell the difference?  A dilemma walks into the fourth stall in the form of – an eighth grader with a mean look and an even meaner predicament. Seems that the news science teacher is terrorizing her, and she needs Mac to get him off her back. Sounds simple enough, but as Mac starts to dig deeper, he finds even more trouble brewing at his school, including a new administrator bent on destroying his business and indicating that Trixie isn’t who she claims to be. The worst that could have happened to Mac before was that he might lose a little money, maybe catch a beating. In THE FOURTH STALL, PART II, though, the stakes are even higher.

This review is hot off the presses (as in I JUST finished reading it last night) as is the book, which just so happened to celebrate its bookish birthday yesterday (*throws leftover confetti*). It’s the second installment in the “stall” series and I must say I was glad to welcome the fellas back again.  Mac and Vince, Tyrell and Jeff…even Kitten (don’t be fooled by his name though *-*) and the other bullies make an appearance here and there.  It’s a reunion of the best kind; school, friends…and a little bus-i-ness.  (Did I mention I was still inclined to read the book with a Godfather-esque or New York-ish accent?  Because I was…. )  The problems are many but their desire to solve them (for a small fee or perhaps a favor owed) is as strong as ever…at least until walked in.

Ah yes…the addition of Trixie was curious but totally played the whole “detective and damsel in distress” to a tee, though she’s hardly unable to handle herself.  She’s a spitfire with a secret…okay a lot of secrets but she knows what she wants, one Mr. Kjelson (pronounced CHEL-son) off her case PRONTO!  Think teachers are out of their league?  Think again….Mac has his ways but they work oh-so-much better when the truth is being told and if truth smelled like flora, this girl would smell like…sardines.  Part of her secret I guessed early on while merely speculating (the confirmation of which does not occur until well towards the end of the book), but she’s one ball of yarn not easy to untangle otherwise….not to mention the affect she has on the boys.

Let’s face it; they’re in sixth grade now.  Times are changing as are they.  The appearance of a girl client that might turn their heads was bound to happen and the way it played out here was too funny.  It didn’t take over the storyline, it merely peeked through now and again as the story progressed; well handled, if I do say so myself.  We also have the guys taking on more responsibility and ownership for ….well, things that could have lasting effects not only on their business but on their school records.  I don’t want to spoil anything for you, but trust me when I say that while they may cause a bit of trouble in the name of justice for those that seek their help, their hearts are in the right place and the message of “doing the right thing” is certainly clear.  No need to worry about young readers turning all Carlito’s Way on you after reading this.

Now Trixie isn’t the only new face running about.  There’s two others that back quite a splash.  First, Mr. Kjelson the new Science teacher and Coach; big Cubs fan (which plays in his favor since Mac and Vince are as well) but with a potentially darker side…if Trixie’s reports can be trusted.  Then (and if you have any sinister music around you might want to hit play), there’s Dr. George. Not intimidating, right?  Aw, well what’s in a name really…especially if you seem to be solving kids problems before our boys can thus lessening their power and putting the squeeze on their funds.  *tisk*tisk*  He poses a real threat to the boys…in more ways than one…

Now here’s the part where the truth can kick you in the pants, but as Vince’s Grandma might say, “It’s better to be honest with everyone than to turn around only to find out a line of dancing bears on roller skates has been following you for miles with a craving for fruit.” (Hehe…well, she MIGHT say something like that… ^_^)  It took me much longer to get into this one as opposed to book one.  For me, I think it was the fact that there wasn’t really one big issue being dealt with (which would have been Staples last time…~shudder~), or rather there were SO many little problems running around, it translated as too chaotic at times.  You weren’t really getting to know the guys any better, even though you were seeing the improvements made to their business model (motion activated wireless cameras that record to DVR…way to go Tyrell!) and part of the initial “magic” last time was that camaraderie. It was a bump in the reading road, but just that…a bump; nothing that wasn’t handled for the most part by books end to wrap things up.  Speaking of wrapping things up…

The ending offers a twist you won’t see coming…or more precisely the last few chapters plus the LITERAL ending.  Startling revelations are made, Cubs facts exchanged at lightning speed and someone from their past appears to bring us great news while put our bookish fears to rest.  Who and what?  I’m afraid I can’t tell you that…but let’s just say that I wouldn’t be surprised if we see more from this author in the near future.

Overall, a companionable read.  It suffered a bit from the sophomore slump but by book’s end managed to walk away from the podium with high marks if not the Valedictorian title.  The bad guys are out-ed, the good guys righted and the world of Junior High is at peace once again…for now.  I highly recommend checking out book one before embarking on this adventure (a review for which can be found here on my site) as there’s really no recap to speak of and it lays the foundation for knowing how everyone fits together but on its own, it could still fair well…

ARC for review courtesy of Kellie at Walden Pond Press. (THANKS!)  For more information on this title as well as their vast selection of bookish goodness, feel free to visit them online, ‘like’ them on Facebook, or follow along on Twitter (you know I  do!).

You had me worried there.

Another great review, I always enjoy reading your thoughts.

Petty Witter: ^_^ I like to keep you on your toes. Thanks for bringing a smile to my face...and I definitely enjoy reading your thoughts as well both here and on your site. Happy reading!

You find the neatest books to read and feature. Just lovely! It's been a few since I've stopped by...a bit of blogging slug..

Hope all is well with you my dear!