SUMMER READING: Everywhere to run, but NOWHERE to hide...

Hi guys!
Welcome back to Satisfaction for Insatiable Readers…the place to be when you’re in the mood for food of the bookish variety.  Something to satiate the imagination, perplex the palette or tantalize your curiosity, perhaps?  Ah, then today’s post is right up your alley…you dark, twisted, spooky-creepy-something’s-going-to-jump-out-and-get-you alley.  *-*

Today’s post is going is to be interesting if I do say so myself.  Why?  Well, you see I’m sporting bright colors today, right down to my pink plaid deck shoes (love deck shoes!  You know the ones with the shorter front and the little laces?  ^_^) and the book I’ll be discussing is a Young Adult title that’s certainly not rainbows and sunshine…but it IS really good and from an author that is becoming a staple in my personal library.  It’ll be a balancing act on my part as to sides of my multi-faceted reading personality work together to form a cohesive (and readable) post.  Let’s see where it goes, shall we?

The book I made mention of comes to us today from across the pond…as in it just released last month in the UK but doesn’t have a US release date at this point in time (at least as I’m typing this post, that I’m aware of).  Not to worry!  You too can fall in love (hmm, too sunshiny for the book…perhaps fall in strict attention?) with this new work of terror-ific Young Adult fiction…you’ll just have to seek it out online for purchase at this time.  Anywho, allow me to introduce you to the latest from one of the masterminds of the darker side of YA lit and today’s book of choice… 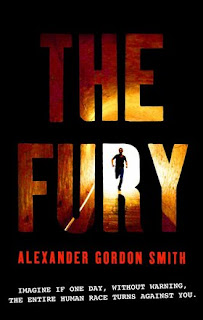 The Fury
By
Alexander Gordon Smith

Imagine if one day, without warning, the entire human race turns against you.

Every person you meet becomes a bloodthirsty, mindless savage, hell-bent on killing you - and only you.

Friends, family, even your mum and dad, will turn on you. They will murder you. And when they have, they will go back to their lives as if nothing has happened.

The world has the Fury. It will not rest until you are dead.

This is an incredible rush considering it comes in at over 500+ pages.  That’s right…another chunkster of a book but really, when an author can hold your attention (let alone that of some teen readers) for that long and you still be on the edge of your seat, salivating for the next book…they’re definitely doing something right.

From the moment we step into this new adventure, we are greeted with murder, mayhem and a whole lot of confusion.  No really, Benny Millston doesn’t last very long, so don’t get too attached.  He’s not a main character to say the least (especially since main characters usually last longer than the first chapter… *-*) but he is used to illustrate a point…the fury, long before its christened with that name, has begun and just how to stop it is anybody’s guess.  It begins with a thump-thump inside the brain, carries on as those around you somehow overlook you, and carries on til it reaches full blown chaosis.

I think that’s part of the “terror” that is imparted to readers…that not knowing how to deal with it because what it is exactly is hard to pinpoint.  Does it come from a place of grace or pure evil?  Is the cause righteous and the effects the anomaly or vice versa?   Don’t think you’re getting a cut and dry answer to that one either because your opinion of the matter will change five times over throughout the course of the story.  I mean, even as I’m typing this I had to go back and reread the last chapter to wrap my mind around my final impressions of what’s to come…it’s just that intense.  The same goes without saying for the extensive cast of characters…

Some you’ll love, some you’ll…not-so-love; some are just downright hated.  Yes, there is a difference between the two and the later comes from determining not only their moral code but their goodness in the end.  Every “starring” character we meet face to face…from how the Fury presented itself to them, what they had to do to escape a fate worse than death and how they are coping with things now that the world has gone all topsy-turvy on them.  There is a chapter at least devoted to each of their tales, so the back story is built just so.  Of the many faces we meet, my favorites have to be , Daisy, and Brick.

Cal was a super star amongst his group, athletic, leader of his mates, and yet still a nice guy to know…these traits carry on now that all heck is breaking lose, and he shares his good natured self with those in his inner circle as well as those still coming forth to join their motley crew.  With kindness in his heart, an able body, and strength to defend those in need, he’s an asset on all fronts to their cause.  Daisy was a well loved little girl, the apple of her parent’s eyes, so much so in fact that in lieu of causing harm…well, let’s just say that they pay a great sacrifice in order to keep her safe just a little while longer.  Her story begins differently in this way but it also plays right into the abilities she shows as the story moves on.

Her vision is crystal clear (pun totally intended for those of you that have read the book) and despite the world crumbling around them, she still tries to see the good in all; something that will serve her well when her own transformation comes.  Last but not least is Brick…nice name, right?  Just blame it on his hair, build and mindset (sorry, he’s a tough nut to crack!).  Despite initial outward appearances though, he does have quite a bit of heart and is the lifeline that begins to help others connect the dots on what’s going on.  He’s had a bit of a hard life compared to some of the others but it did manage to show him how to be tough when need be, to handle bad situations that happen to good people, and to carry on when the going seems too tough to manage.  Yes indeed…character building is one of the things this author has in the bag…but not just of the possible good guys…

On the “are-they-bad-evil-or-misunderstood” front, we have the “man in the storm” …this swirling abyss of nothingness akin to the creature of a similar name from The Neverending Story and yet oh-so-much darker.  *-*  Can’t spoil this introduction for you guys but just be sure you’re reading it in the daytime…or with your fur baby close by to scare away the lingering thoughts.  There’s no doubt in my mind this thing is evil but what it is and why it’s here is the bigger mystery and one that will be pursued further in book two I’d imagine.  We’re given some clues here but not quite enough to unravel everything.  Also on the questionable front is Rilke and Schiller…a sister brother duo that show up out of the blue at their little camp site (okay, not a camp site…but an old amusement park they’ve holed up in).

They seem to have been through the same trials as the others and yet only more so…speeding up a process of some sort that seems to be changing them into something more.  The interesting part is that Schiller is comatose for most of the story and yet plays a vital role in the final fourth of the book.  Rilke is awake and trying to find her footing in this strange new world, but always tends to be drawn to the darker side of things.  What’s that?  Someone needs killing?  She’ll do it!  What’s this?  Someone is being held hostage until they can sort out how to stop people’s reactions to them because they are a loved one and deep down one of them knows they are not gone but merely lost?  Pfft!  Nope…dead again.  Yeah, she’s a pistol with OR without one (not a good idea to have her around firearms…just saying)…and one that will be interesting to watch as things unfold. 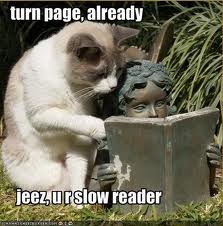 All in all, an edge of your seat thrill ride filled with enough emotions to stop you dead in your tracks.  You’re all over the board with this one from happiness and mirth to fear and loathing to downright scared out of your mind and run for cover, there’s no way to anticipate the deadly drops in this tale…but why would you want to?  That anticipation, that not knowing is what keeps you coming back for more as you try to unravel what’s really going on at the heart of things and in the end, discover more truths about the world around us than you may be ready to admit.  We see the best of humanity and the absolute worst as the story develops and it’s that connection to the here and now that makes you devour this tale THAT much faster.  Just who will conquer all?  I’ll be waiting with baited breath to answer that question right alongside many of you…

Review copy courtesy of Laura at Faber & Faber.  (THANKS!)  For more information on their great list of titles as well as this book (and its sequel, The Storm, coming soon!), be sure to visit them online, like them on Facebook, or follow one of their feeds on Twitter. To discover more about author Alexander Gordon Smith’s literary worlds (remember Furnace?  This is the same author!), find him online, or follow along on Twitter.  This book is available now in the …seek thee out a copy online should your desire to embark on this adventure be to great to ignore (I know mine was).

Now this sounds like a great read and I love when an author holds your attention. Murder and mayhem..delicious! Thanks for sharing this :)

You say that todays post is going to be interesting as if your posts generally aren't. Interesting review, still not too sure if this is one for me though.