SUMMER READING: For those who love a good series...

Well hello there, everyone!
Welcome back to another sunshiny day here at Satisfaction for Insatiable Readers…the place that’s aiming to cure the humdrum from your summer reading lists with a few additions of our own.  Like today’s title…

It’s book two in a series perfect for those with a passion for horses or even a fleeting interest because the story packs a lot of heart…and some devious underhandedness, which we’ll get to in a moment.  You may remember my feature on book 1 (Keeping Secrets) just last week (and if not, feel free to pretend you do and then click on over to read all about it), and as the author was set to celebrate a bookish birthday today (although it appears it happened a few days earlier than anticipated, oh well…party time anyway!), it seemed the perfect time to introduce you to the next installment.  Without further ado, today’s book of choice is… 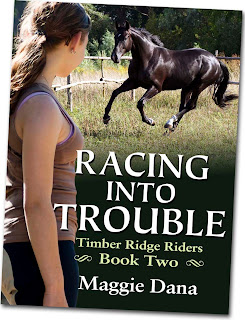 Ever since Kate McGregor arrived at Timber Ridge Stables, Angela Dean has been making trouble. Maybe she’s angry because Kate’s a better rider than she is, or maybe she’s jealous because Kate's the only one who's allowed to ride Buccaneer, the barn's willfull new horse.

To further complicate matters, a new girl—Jennifer West—moves into the neighborhood and Angela sets out to impress her. But when Angela makes a fool of herself in front of Jennifer, things begin to go wrong and Kate gets the blame.

Is Angela behind the trouble?

Kate and her best friend, Holly, who’s learning to walk and ride again after an accident, can’t be sure. But they do know one thing. If Angela's on the warpath, Kate is heading for trouble, and fast!

Kate is back, much to chagrin of Angela (nay ne nay ne boo boo!), and with best friend Holly by her side, things couldn’t be brighter.  I mean, when we last left her she had won the hearts of the dressage competition, even if she did give up the gold for the spoiled princess (*glares at spoiled princess character*), caught the attention of a fellow male rider (ooooh!), and patched things up with her bestest pal…add to that the renewed joy of riding and she’s walking on sunshine; best watch out for the breaks in those sunbeams!

Change is a constant in life and in books and at Timber Ridge, change has arrived in the form of Denise, Angela’s other half (though not necessarily better…), leaving.  Party over here, party over there, party…oh, sorry.  ^_^  Ahem.  Yes, Denise is leaving, sad to say (*cough* not *cough*) but don’t worry my friends, the saddle won’t have long enough to cool because a new rider has come to town with breeding and family that reaches right over to the other side of the pond and beyond; her name is Jennifer West.  Now, Angela will have you thinking she’s all prim and proper (in this case, snooty and just like her), but I’m not so certain.  One moment she’s all punked out (look wise at least) and the next she’s sporting your average run of the mill girl next door ensemble.  When push comes to shove, she may be present at the “scene of the crime” but she doesn’t really seem to have her heart fully in it…perhaps there’s some hope for her yet.  Anywho…. 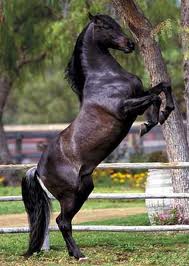 This time around, there’s another new character that’s falls outside the human category by the name of Buccaneer.  He’s a strong, powerful, willful horse, much too wild to be a resident of these stables and yet despite Liz’s protests (that’s Holly’s Mom in case you needed a refresher…she’s the head trainer at Timber Ridge), he arrives all the same.  Good thing Liz is an expert trainer because he needs a firm yet loving hand to help him reach his full potential WITHOUT bringing the house down…literally.  Another good thing?  Kate’s presence.  Why?  Let’s just say that there’s a lot of healing that needs to be done and sometimes having a kindred spirit on that journey can be best for both parties involved.  I really liked Buccaneer and think he’s a great match for Kate.  He added that little extra something to the equine side of the story and his penchant for peppermints was too funny. Now, let’s check in with Holly…

The final scene of book 1 had us holding our breath as it looked like there was a good chance that Holly might finally be on the road to recovery.  Great news, right?  Not so fast.  While her fondest desire is to be able to ride Magician (her horse) again one day, it doesn’t seem like it’s going to be any time soon.  That one step forward, well, it didn’t put her two steps back exactly, but it almost appears to have been a fluke since nothing has happened since then to move her forward…that is until things turn dire as in life or death.  That’s right.  You didn’t think this would merely be about another horse competition or steer clear of danger now, did you?  Good for a second there I was worried!  Holly is thrown right in the mix and without Kate by her side (yes…another catastrophe we encounter…thanks to SOMEONE who shall remain nameless…*glares at character*), it’s all up to her.  Will she find the strength within to save the day AND herself?  You’ll have to read it to find out….(hehe)

In summary, a great addition to the Timber Ridge Riders series and an adventure you won’t soon forget.  The value of true friends is visited once again as is the importance of patience, kindness, and understanding.  Readers will be reminded to take other people’s (and animal’s) feelings into account as well as the fact that while “number one” may be important, the musketeers REALLY got it right…ALL for one and one for ALL. 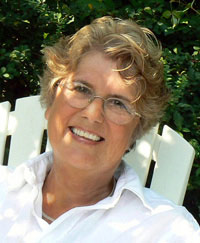 Maggie Dana’s first riding lesson, at the age of five, was less than wonderful. In fact, she hated it so much, she didn’t try again for another three years. But all it took was the right instructor and the right horse and she was hooked for life.

Her new riding stable was slap bang in the middle of Pinewood Studios, home of ’s movie industry. So while learning to groom horses, clean tack, and muck stalls, Maggie also got to see the stars in action. Some even spoke to her.

Born and raised near , Maggie now makes her home on the shoreline where she divides her time between hanging out with the family's horses and writing her next book in the Timber Ridge Riders series.

In addition to writing horse books for kids, Maggie also writes women's fiction. Her first novel, Beachcombing, was published by Macmillan in 2009.

Special thanks to Author Maggie Dana for the ebook for review.  (THANKS!)  For more information on this series as well as her other works, feel free to visit her online, like the series on Facebook, or follow her on Twitter.  The next book in the series, Riding for the Stars (book 3), is available now at your favorite online retail outlets and be sure to keep an eye out for book 4 (A Horse of Her Own) coming soon. (Adds to wish list…) 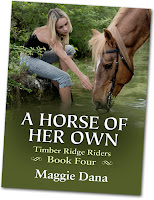