Today, we're swinging the book spotlight over to a title for the Middle Grade to Young Adult set that will have a particular appeal to gamers.  Yes, that's right, I said gamers, and it's not because it's written in code or an add on to an already in wide use virtual world type series, but simply because...well, I'm pretty sure EVERY true gamer has imagined at least PART of the scenario that's about to play out for our young potential hero-to-be.  So, stretch your thumbs and put your best game face on because here comes today's book of choice... 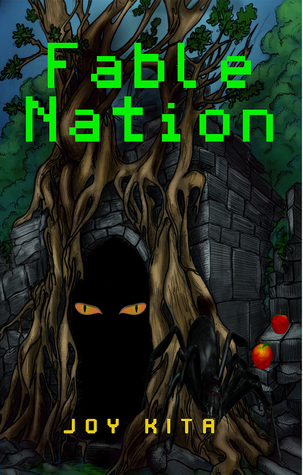 About the book...
Getting sucked into the latest and greatest video game, FABLE NATION, isn't the worst of Mitch's problems. Realizing there's no way out until he beats all the levels might be.

Battling Montezuma in a Mexican jungle isn't hard when you're doing it from your bedroom, but inside the game is a different story.

Mitch better think fast as he teams up with a new side-kick and killer pet.

They'll have to work together to defeat headless spirits, ginormous spiders, and even creepy viruses that may also be trying to escape the game. Log in and join their mission, where reality and gaming collide! 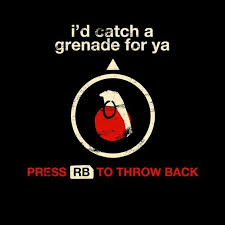 Right from the start, you're immersed in gamer heaven as Mitch and his dad battle it out to achieve the highest level in their latest virtual foray with their limited screen time...limited thanks to dear old mom, but I really like the limits she imposed.  It's great to see a family so connected, both on and offline, because really, how often do we get to spend good quality time together without a screen in our hands anymore.  Am I right?  Agreed...moving on.

One fateful day, father and son went to see a rare exhibit and the next thing you know, our boy wonder is flying...into a wall.  No, really!  He was knocked right off his feet (quite literally) by what he saw, which led to the funniest (or perhaps not) of experiences not so many hours later.  Picture it.  You're playing a new-to-you or favorite video game, and in the blink of an eye, you're sucked into the game.  Now, I'm not talking about being so focused on the action that you ignore all else.  I mean REALLY sucked into the game, from head to toe.  Sound unbelievable?  Yeah, that's what Mitch and I thought too until we were battling right alongside our potential young heroes-and-heroine-to-be (he makes a few friends along the way, though trusting them will be a harder task than the introduction), seeking out quests to gain access to some dragon that must me defeated to move to the next level.  I mean, who's life IS that?  Apparently, our man Mitch's at the moment...and here's hoping he can keep his head about him long enough to pass the tests because I do believe if his life ends while he's in the game, it may not be so pretty in the outside world either...

It's a scenario every gamer has pondered at some time or another, I'm sure.  WWYD if the action on screen was no longer virtual but REALITY?  Depending on what game we're talking about (and I'm SO not a gamer), I'd probably be climbing the nearest tree (don't ask me how, I'm depending on my virtual self to be more agile than my real self) and waiting things out.  Then again, there are some games that that would only place you in MORE danger, so alternative action would definitely need to be sought out.  Hmm...let me get back to you on MY course of action, but in Mitch's case, I think he made the right call.  He sought to push forward, seeking a cure to his current predicament, and tackling challenges as they came.  I will say this though, I had more trouble trusting some of the "extras" than HE did...and while I wasn't proven TOTALLY wrong, I was still left eating a little sample tray of crow.  *pass the salt*

In the end, it was a curious adventure through the screen (literally) and onto the page, leaving us with a big enough window to crawl through once again should the author put pen to paper and indulge us with another installment.  (*hint hint*)  As for the writing, there were a few spots where the story just sorta petered out, but they were spans of maybe a few paragraphs, not pages, as well as a few typos that missed the final edits, but they didn't manage to detract from my enjoyment of the read, so I still call it a win.  Definite recommendation for the little (or not) gamer in your life this holiday season, as well as those readers simply looking for a great adventure.

Joy Kita worked for Budge Studios as a scriptwriter creating the My Little Pony game. She works at Forde-Ferrier publishing writing stories for public school children. She writes for Global Girls. And is the creative writer behind GrimeStoppers Children's Health Initiative. She is the author of FABLE NATION.

She has four children who constantly provide material for her stories. She is married to the love of her life-Stan Kita. What a lucky man he is ;) 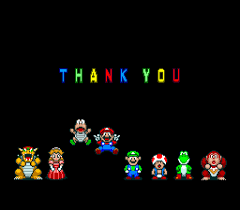 Special thanks to the author for the tree copy for review.  (THANKS!)  For more information on this title, the author, or the publisher, feel free to click through the links provided above.  This title is available now, so stop by your favorite online retailer to snag your copy today.