Today, I've the pleasure of playing host to a stop along the Providence Book Promotions tour for the latest release from one of my favorite authors, Mr. Steven Manchester.  I've read most of his published works at this point in the game and I'm telling you, the man knows his craft.  If you've not experienced his art as of yet, I highly suggest you do...now whether or not it happens to be this particular title is another story.  But I digress, let's do the meet and greet first and then get to my experience between the pages. 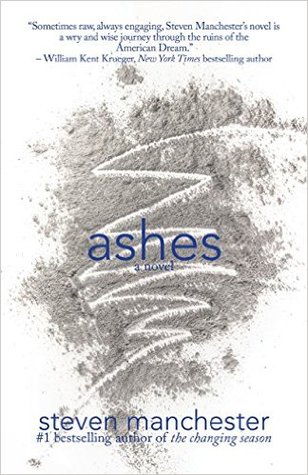 
Synopsis:
Middle-aged brothers Jason and Tom Prendergast thought they were completely done with each other. Perceived betrayal had burned the bridge between them, tossing them into the icy river of estrangement. But life – and death – has a robust sense of irony, and when they learn that their cruel father has died and made his final request that they travel together across the country to spread his ashes, they have no choice but to spend a long, long car trip in each other's company. It's either that or lose out on the contents of the envelope he's left with his lawyer. The trip will be as gut-wrenching as each expects it to be . . . and revealing in ways neither of them is prepared for.
At turns humorous, biting, poignant, and surprisingly tender, Ashes puts a new spin on family and dysfunction with a story that is at once fresh and timelessly universal.

Alrighty then, so...you're well introduced and have even sampled the work (gotta love excerpts), and now we're down to my own reading journey.  Deep breath and here we go...

First off, you're either gonne love or loathe the Prendergast brothers; there's really no way around it.  they are the stars of the show, two middle-aged, long estranged brothers, sent on a quest from their recently deceased father clear across the country...to simply spread his ashes.  *-*  Say what?  This is the request from a man that could barely carry the title of man, let alone father, from the vividly detailed memories that flood both Jason and Tom's minds from their "stellar" youth?  If your jaw is not on the floor, it should be.  Stuart Prendergast was a real piece of work...as it turns out, he was really trying to save them in his own way, but still...the benefit of the doubt clearly ran away with any vestige of love that remained in his heart.  The things he did to those boys and how he'd pit them against each other...he was definitely a major part of the reason they hadn't seen nor heard from each in other in over 15 years.  Anywho...back to our journey.

The boys turned men decide to accept the "little task" in order to gain access to the mysterious envelope the lawyer is hanging on to as their prize for completing the journey.  What's in the envelope?  Your guess is as good as mine is as good as theirs, but in the end...it really doesn't matter.  These two get SO MUCH MORE out of the journey than you could possibly imagine, removing the years, and miles between their hearts...even if they come close to killing each other many MANY times along the way.  That's the thing about Mr. Manchester's writing...he's always able to pull on the heart strings and bring about change in his character's lives that not only moves them forward, but affects his readers as well leaving them to ponder their own life paths and refocus on the important things that tend to slip through the cracks of everyday life.  Now, about those other reads....

So, as I've already stated, I've read this particular author's works for the past several book releases.  I've really loved every one of them...but the last two, including this one, fell a smidge short for me.  Going into them with "new" eyes, I don't think you'd really notice anything amiss to be honest, but having come from the pages upon pages of mind-boggling, heart-warming, emotionally charged literature I've already experienced and come to expect...I did.  The new crassness in subject matter and language, the darker tinges to the story lines, and even the lesser uplifting outcome, left me reminiscing about the old works...before he reached the #1 selling status.  They definitely fall under that category of titles I wish I could reread again for the first time. 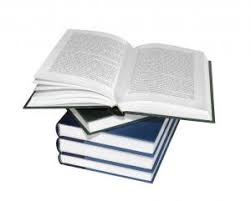 In the end, though not MY favorite of his works, it was still a well done release.  It let's readers into the lives of two men who've lived their lives, but only just.  The secrets revealed, the connections reborn, and the histories made, make for a transformative journey that will stay with readers long after their return trip to the East coast.

Steven Manchester is the author of the #1 bestsellers Twelve Months, The Rockin’ Chair, Pressed Pennies, and Gooseberry Island as well as the novels Goodnight, Brian and The Changing Season. His work has appeared on NBC’s Today Show, CBS’s The Early Show, CNN’s American Morning, and BET’s Nightly News. Recently, three of Manchester’s short stories were selected “101 Best” for the Chicken Soup for the Soul series.

Don't miss your chance to learn more about Steven Manchester & his book, Ashes! Visit the tour stops for interviews, guest posts, and lots of reviews!

This is a Rafflecopter giveaway hosted by Providence Book Promotions for Steven Manchester and The Story Plant. There will be 5 US winners of one (1) PRINT copy of Ashes by Steven Manchester. The giveaway begins on February 18th and runs through April 23rd, 2017.

Special thanks to the Providence Book Promotions team for the chance to participate in this tour as well as to the folks at The Story Plant for the copy for review.  (THANKS!)  For more information on this title, the author, the publisher, THIS TOUR, or those on the horizon, feel free to click through the links provided above.  This title just celebrated its BOOK BIRTHDAY via The Story Plant, so be on the lookout for it on a bookstore shelf or virtual retailer of your choosing.

Like you, I'm a huge fan of Mr. Manchester and loved this book and all of his work.

It's so refreshing to learn of books of this genre that feature brothers, let alone middle-aged brothers. Definitely a book I'll keep a look out for, thank you.