Well, I don't know about you, but I'VE had a busy week!  Between work being extra busy thanks to a certain holiday, my schedule being off, and my blogging calendar running over, I'm lucky to have known whether I was coming or going at certain points.  But look!  It's...

Time to party it up, let your hair down, and in my case...probably sleep part of the day away, blog, read, and play with my pups.  What can I say?  I'm an EXCITING individual...but definitely NOT when compared to today's leading lady.

Today, we're hosting a stop via iRead Book Tours ﻿for a title that finds itself at home on the Contemporary Women's Fiction, and Romance shelves...but, umm, yeah...with a definite ADULTS ONLY warning, but more on that in a minute.  Let's get down to business (monkey or otherwise) as we take a look between the epages of today's blog tour guest and ebook of choice... 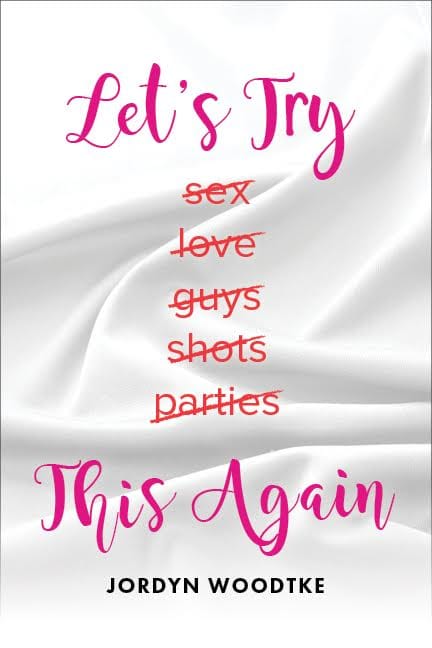 First there is Isaac, the ex-boyfriend who threatens her move to a sunny new life on the west coast when he suddenly comes back into the picture.  The chemistry is intoxicating and Josie starts eating, breathing, and sleeping with him again until the move.  Things are hard enough saying goodbye to her childhood home and very best friends, but when Isaac makes it seem like he might actually want her to stay, Josie wonders if she’s giving up on him too quickly.

Josie takes the plunge and moves to California.

Then comes Carter. Sweet, doting - and, oh my god! - former boy band heartthrob, Carter. Josie’s new life falls into place, with new friends and a job working as the personal assistant for Carter as he plans the re-launch of his career. When it seems like there might be something between Josie and her new boss, she can’t help but hold back in fear of crossing a line and, worse yet, getting her heart crushed.  Once again.

What spirals into a complicated, heart wrenching, unexpected love triangle forces Josie to face a decision that she is not sure she can make.  Carter or Isaac.  Or - who knows?

It’s Sex in the City meets Bridget Jones Diary under the Hollywood sign.  A masterful debut novel of love, sex and rock & roll in the New Adult genre.

Alrighty guys, let's get back to the nitty gritty.
First, that ADULTS ONLY label I slapped on it.
We're not talking erotica, but we are talking TALK, DEEDS, and oh how the FOUL LANGUAGE flies!  Seriously guys, I thought I was reading the script to an old Ice T movie (Trespass, look it up) with the amount of non-pseudo-swearing Josie does!  There was a disclaimer that it is rated PG-13 and that the leading lady has the vocab of your average 20-something that loses their filter a time or two.  Umm, that's a little bit of a stretch to me or perhaps I just hung with a more cultured crowd.  Josie's filter is almost nonexistent for pretty much MOST of the book.  Grant it, it's not all outside her head, but a good portion still is, so for me, that kinda put a less-than-rosy-glasses filter on the story.  HOWEVER, it didn't kill my enjoyment entirely...

Let's see, the first fifth of the story is pretty much about how many times Josie and Isaac have been together AND apart, the fact that she's moving to California in a month, and how much of a sex god this Isaac guy is.  *-*  Yeah...okay, so I'm not winning it any points so far.  Hang on though because the good stuff really begins after the move.  Once she breaks away from the drama, I found myself liking Josie a bit more (I've been told California sun is good for you!), understanding her decisions a wee bit (emphasis on wee), and rooting for her even when the chances of a grand ending seemed slim.  Her new roomies are AWESOME, her job is FABULOUS, and the fact that she stays in touch with her besties across the USA is touching.  She comes into her own despite the pitfalls she encounters and while I really did not like the ending, it still suited Josie's personality...so I'd still call it a win.

In the end, the language doesn't get any better and I can't say I got the warm fuzzies from really anything, but I don't regret my time with this crazy cast either. Curious...I know, it was to me too, but I call it like I see them, or in this case, tell how I feel about them.  While Josie won't be up for model citizen of the year anytime soon, it doesn't mean she's less worthy of her own happily ever after, no matter how different her version might be from yours or mine.  In a nutshell, she's a girl just trying to navigate the murky waters of adulthood, leading with her heart, letting the world hear her roar, and not settling for less than she deserves.  Mad props Josie....mad props.

Sneak a peek into a pretty big turning point with this cinematic scenes courtesy of the publisher... 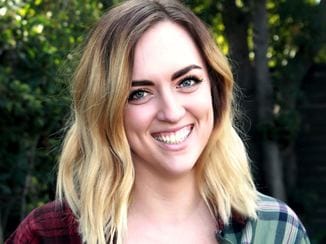 Jordyn Woodtke is an exceedingly gifted new author who is destined to take the New Adult genre by storm with her debut novel entitled Let's Try This Again.


A graduate of NYU, she majored in screenwriting with a minor in bottomless brunching, skills she took with her when she moved to Los Angeles to follow her dream of becoming a writer. Jordyn started writing poetry and plays in high school, garnering prestigious awards and accolades from the Hartford Stage, Drexel University, the Waterbury Young Playwrights Festival and the national Scholastic Art & Writing awards, among others.

Now, on any given afternoon you are likely to find Jordyn petting random dogs on her street, noshing at any of the numerous brunch spots in LA, or bingeing Netflix on her couch. She's grateful and dedicated to the art of storytelling because it lets her say all the things she wished she'd said when she had the chance.

And if Let’s Try This Again is any indicator of future success, Jordyn will get to keep saying them for a long, long time.

Special thanks to Cami at iRead Book Tours for the ebook for review and the chance to bring this tour to you.  (THANKS!)  For more information on this title, the author, THIS TOUR, or those on the horizon, feel free to click through the links provided above.  This title is available now, so be on the lookout for it at your favorite online retailers.  Be sure to stop by the other sites on this tour for other great features, viewpoints, and YOUR CHANCE TO WIN!

Thanks so much for reading!!