Today, we're throwing out some PRE BOOK BIRTHDAY BUZZ for the latest release from author Delores Fossen via HQN Books!  It's BOOK TWO in her Coldwater Texas series and if it's not on your radar yet, it should be.  As with her other works, it's not JUST the romance...though that's always nice too...but there's a heavier story beneath it all.  It can get messy, it can get ugly, it can get downright inappropriately funny (especially when someone keeps blacking out the "G" in a particular word on a business sign!), but it's always with the best of intentions, the whole picture in mind, and the greatest amount of heart anyone could muster.  So, if you're ready, let's get back in the saddle as we mosey on down to a ranch that's not just about horses, but about healing, second chances, and family, as we discover... 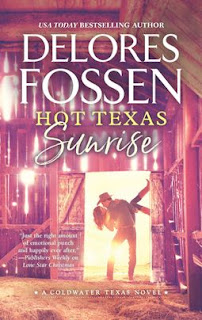 About the book...
Love was the last thing on this untamed cowboy’s mind…until she stole his heart away.
Cleo Delaney will do anything to keep her promise and raise her best friend’s sons—even if it means telling a little white lie to the state to keep them. So Cleo turns to the only person she can trust to help her—her first love, Judd Laramie. If he fosters the three young brothers in name only, she’ll do all the heavy lifting. It’s a foolproof plan…but she never imagined that the feelings they once shared would return. With a vengeance.

Texas deputy Judd Laramie is stunned by Cleo’s request. Being a dad—even on paper—is the last thing this cowboy needs right now. But no one knows better than Judd how flawed the foster system is and how much these brothers need Cleo’s protective love. What starts as a simple lie becomes so much more, and soon it’s clear Judd needs Cleo and the family they’ve created as much as they need him. Now he’ll do whatever it takes to win Cleo’s heart and claim the future they all deserve.

I noticed a trend in several of my recent reads...the common denominator, cowboys.  Now don't go raising an eyebrow because we all know how I feel about the stereotypical cowboy figure with his ten gallon hat, pointy toed boots, and affection for drawing out every little word until its ten miles long...so don't even go there.  The thing about these particular stories is that they don't walk that specific line, but they do all hold true to a certain code of conduct (deep down), a certain moral compass, and outlandishly stunning displays of manhood without all the brew-ha-ha.  Like I said...I've been in the mood...and the latest from Delores Fossen, hit all the right marks.

It's not a story that delights in the easy way to do practically anything, but really, SUCH IS LIFE, and yes, I read fiction to step away from reality, but it doesn't mean that a dose of it in the story is any less enjoyable.  Take this one for example.  I have the utmost respect for Judd's initial reaction to Cleo's request. He has issues, he knows his limits, and he doesn't want to inflict them on innocents...not that things are going were going to work out that way initially or in the foreseeable long run, but still...and you know there is that whole man-of-the-law bit.  A man that admits when he's in over his head though, GOLDEN!  Same for Cleo though...she was asked something from the heart of a dear friend, but left without the means to make it happen.  It wasn't anyone's fault, life took an unexpected and sudden turn, but it didn't make it any less of a challenge to take care of the loved ones left behind...and Cleo is DEFINITELY a woman of her word.  The highs and lows they both experience, alongside the cast of zany and lovable characters, makes this more than a story of second chances for all involved, but a testament of sorts to family being more than blood...family being the people we choose to let into our lives and our hearts.

All in all, a delightful read that hits all the right heartstrings, while giving us a story to remember.  For those that pick up a print copy (because I don't know the digital screen image equivalent), seriously...don't drink, eat, or have anything else in spray-able in your mouth when you read page 281.  No lie, I almost snorted Diet Coke into my sinuses...I was not expecting that sentence/imagery!  Recommended for fans of the author as well as Contemporary Romance fans that love a heavier story with their weekend reading flirtation. 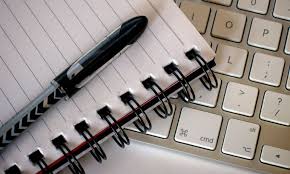 USA Today bestselling author, Delores Fossen, has sold over 70 novels with millions of copies of her books in print worldwide. She's received the Booksellers' Best Award, the Romantic Times Reviewers' Choice Award and was a finalist for the prestigious Rita ®. In addition, she's had nearly a hundred short stories and articles published in national magazines. You can contact the author through her webpage at www.deloresfossen.com

Special thanks to the Harlequin Books team for the copy for review.  (THANKS!)  For more information on this title, the series, the author, or the publisher, feel free to click through the links provided above.  This title is set to celebrate its BOOK BIRTHDAY March 26th, 2019 (as of this post) via HQN Books, so mark your calendar or pre order your copy today!