The Fall of the House of Usher by Edgar Allan Poe

Well, what do you know.  February is almost at a close and that's means we are two months into the new year.  Crazy how time flys when you're having fun.  So, have you managed to keep your New Year's resolutions still?  I heard a few of you voicing book buying bans and the usual exercise regimen.  How did those work out?  Me...I stayed away from actually making a resolution this year....I'm just trying to be more committed to everything overall.  (No not committed as in crazy, although that would go quite well with the post today...)  In the spirit of being 'committed', I present to you the book choice of the day.... 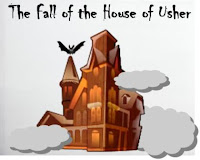 The Fall of the House of Usher
by
Edgar Allan Poe
I know, I know.  It seems like a rather odd choice to pick for a February post, but at the heart of this long told story is a love that is strong and true....even if it is a bit (okay....REALLY REALLY) misguided.  This is the story of the House of Usher....in both the sense of the actual house and the family that resides within.  The narrator whom is not identified by name is a boyhood friend of Roderick Usher.  He has travelled to his home per his request as his sister's health is failing and putting him in a rather bad state.  The doctors are mystified, unable to solve Lady Madeline's bouts of illness.  The evening that our young friend arrives is in fact the first and last time he will ever meet her....in a state of living, that is.  She takes to her chambers and soon her brother is enlisting his friends aid in temporarily entombing her wasted form, for she has passed, leaving him utterly alone.  Or has she?  What is that dreadful moaning that seems to be coming from beyond the grave?  And that scratching....it's like nails on a chalkboard?  What spirit has possessed the 'House of Usher'?  Better question still is WHOSE spirit..... 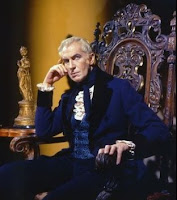 Originally published in 1839, it is easy to classify this as a spine-tingling classic...but with the longevity it has been able to muster comes only from the chilling tale it portrays.  I must say though...having seen (most of) the House of Usher movie with that famously spooky actor, Vincent Price...the book was much less in storyline than I thought it would be.  It seems that had its way with this old-time manuscript embellishing it until it reached a point that they were satisfied.  Does it detract from the story?  No.  Does it make the book any less enjoyable?  No.  In fact, the book accomplishes in under 25 pages, what the movie ends up covering in over an hour of screen time.  If you haven't read the short story, definitely do so....just prepare to have a dictionary there with you as it contains many of the 50 cent words Poe is famous for.  If you haven't seen the movie, I'd recommend that as well, just be warned on how it can drag out a bit and it despite the age of the film, the creepy factor is there. 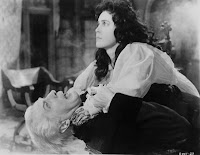 My copy was obtained via the FeedBooks site.  Check them out for more public domain titles on classics from yesterday.  They won't replace your actual books, but they will add to your portable library for when you don't happen to have a book with you (GASP!  THE HORROR!).
Until next time....happy reading!
Posted by Gina at 4:26 AM

Oh, I loved The Fall of the House of Usher ... Poe's works are all so haunting.

I just went to the Edgar Allan Poe museum in Richmond, VA yesterday (I don't really recommend it, however) and now have a renewed interest in his work, so this was timely review for me. Will have to see if I can get his stories on DailyLit!

Beth Hoffman: You are absolutely right! (Both figuratively and literally...)

Aarti: I thought I'd see you back again with this post...you tend to enjoy the classic books more. =0)
Glad my timing worked out well with your visit to that museum. I'm not certain if DailyLit has them, but definitely worth a look. =0)

Growing up I absolutely loved Poe, I just couldn't get enough. Maybe, too much the angsty teenager in me. But it's been a long time and with your review (and the mention of FeedBooks) I may just have to go pick out a couple. Great review, I really liked the comparison with the movie.

Gina I just sent you another email-thanks

I've actually never seen the film adaptation of "Usher;" after reading your post, I may have to check it out.

Aarti: If you're following the comments in this post, I'm curious: Why don't you "recommend" the Poe Museum? I've never been there, but from what I've read of it, the museum appears to have a lot of artifacts that are of, um, questionable authenticity. Is that what you meant?

Undine: It's pretty good...like I said, it can drag out at times, but well worth a watch....true classic.