This ain't a fairytale...or is it?: White Knight by Raiza Denise 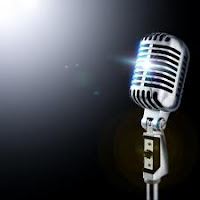 *feedback sound*
Hmm, kind of quiet out there but on or not….I’m on so let’s get this show on the road.  It’s time for another day another post here at Satisfaction for Insatiable Readers…the place to get a potential addition to your wish list any day of the week.

Today’s featured title I finished a few weeks back…yep, playing catch up here, but I also needed time to digest it.  Why?  Well, it wasn’t heart burn inducing as I didn’t actually “eat” the book (…silly readers…) but it did have moments that both shined like a shooting star…and fell like one too.  Allow me to explain (as if you thought I would do otherwise) as we jump into today’s book of choice…. 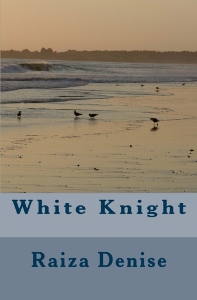 Abigail Richards has loved her next-door-neighbor, Nicholas Adams, since she was six years old. But Nick seems perfectly content with his role as her best friend. After what feels like an eternity of waiting on the sidelines for Abby, Nick finally confesses that he’s head-over-heels for her. Their heart-stopping romance lasts five blissful months until a terrible car accident rips everything apart. Can their teenaged love survive the heartbreak of loss and separation?

Sounds good?  It should because in fact it was…despite reservations you may have about its origins.  What reservations?  Ah, that’s right…I’ve yet to tell you.  Silly me!  This author was inspired to write this particular story by a song (just as I borrowed a line from another song by the same artisit for the post title)…’You Belong with Me’ by Taylor Swift.  Yep.  I’ll give you a moment to close your mouth because I’m sure it’s hanging open in either shock, awe, or morbid curiosity.  *whistles while waiting*  All good?  Let’s continue. 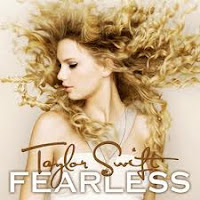 I like many of you was a bit skeptical upon hearing the book’s origins…I mean, yes, many of her songs are mini-movie worthy (music video at least) and the particular album this song came from does tell a story of love lost and gained, but to write an actual book about it?  I definitely had a raised eyebrow or two at that point.  Thank goodness I don’t run from the raised eyebrow response because it was in fact a GOOD READ.

The story is sweeping in that teenage love sorta way, the narrative while overindulgent a time or two works well enough to keep things moving along but the surprise about halfway through this 527 pager (yep, it’s a big one) was completely unexpected…and worked well to inject new life into the story.  You see, the first half of the book is all about the discovery of their feelings and making the most of the summer before college….the second half, we jump TEN YEARS into the future to see what’s become of them.  Confused?  Don’t worry…I was too for a moment.

The important thing here is to keep in mind the opening sequence (with the accident mentioned in the tease from the author).  That is the real splitting point for the two halves of this well rounded whole.  It may not seem to connect at first but as the peaces start falling into place, trust me…it will.  Your feelings towards one character or another will change a few dozen times as reasons for actions or lack thereof are finally explained, all leading up to a dramatic ending that…well, I won’t spoil it for you but it is certainly worth sticking around for.  ^_^  In short, I really enjoyed it and found myself lost in the pages many a time wishing for just a few more minutes, a few more seconds to read further into Abby’s and Nick’s story.

Now…here’s where we get down to the part I had to “digest”. 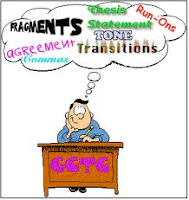 Self published books are a creation all their own.  How so?  Well, the story can be fantastic, that hidden gem waiting to be discovered by “Mr. Big Time Publisher”…hence why I consider all titles that come my way regardless of who’s pushing it…BUT and there is a “but”, they can also be lacking in a few areas as well.  Case in point, the title of this book works well, but the cover art….could be improved.  Small cosmetic issue, I know, but it can catch a reader’s attention or turn it off completely regardless of how much we try NOT to judge a book by its cover.  Second point and much bigger issue for me, the editing process…  *deep breath*

Okay, blame it on the fact that my 7th grade English teacher was previously a college professor who retired and was talked back into joining the world of education, but grammar, sentence structure, proper word usage…they are all important factors in any written work.  Now, I’m not perfect (believe you me) and I certainly make errors in my own writing (and cringe and delete and re post as often as I find them to avoid that little tick of irritation it causes me….thank you Mrs. D.) but with a full length novel….you HAVE to be EXTRA careful.  Do you know how many times I’m reading a book (non-ARCs mind you) and discover a word or lack thereof misspelled or misplaced?  More often than I’d care to admit and usually the few that slip through the editing cracks are so far between they slide off my reading mind like water off a duck’s back…usually they don’t even elicit a mention in my posts; this one, I have to.

While the story ROCKED, there is a significant amount of editing to be done.  It’s not really a case of misspelled words or improper usage (KUDOS to the author for avoiding those common errors!), but it is a saddled by an issue with incomplete thoughts…or rather re-thought thoughts?  The sentence or paragraph will start out fine and then when you’ve almost reached the end…BAM you’re thrown a curve.  From the way these instances read, it’s like the author had a clear vision of where they were taking the story, thought better of it, and re-worded the ending to suit their needs.  Unfortunately, it makes for the occasional reread now and again to get things back in order but other than interrupting the reading flow, it doesn’t draw away from the overall enough to block your enjoyed.  *whew…all done*

In summary, a GREAT story filled with all the wonder, hope, and emotions a Young Adult book promises with an unexpected twist to bring non-teen readers into the intended audience as well.  If you’re looking to capture that feeling of discovering your first love and whirlwind of emotions that follow, this books for you.  If you’re looking to catch a glimpse of what happily ever after might (or might not…again, not spoiling the ending!) look like, this books for you.  If you’re simply looking for a story that shares  both the ideals of young love with the reality that is life and a fair amount of both romantic intent and angst…this book is definitely for you.  Certainly a title that will rate higher with female readers, but hey….everyone needs a “white knight” at some time in their lives, even if that time isn’t right now.

﻿﻿﻿﻿ ﻿﻿﻿﻿
Special thanks to author Raiza Denise for the review copy.  (THANKS!)  To discover more about this talented author, be sure to visit her official website or follow along on Twitter.  FYI, there is a preview of the book on the site to help you get an even closer view of the work should you be on the fence about whether or not to add it to your wish list….just click the links embedded in the post.

I actually am not surprised that a song would inspire an entire novel, but then I've got one on the back burner that started out as a really kick butt dream my three year old had... She woke up and told me about it and I kept asking "and then what happened?!" and wrote it up and stuck it in the story ideas folder :)

I also listen to Taylor Swift when I write YA. But as for editing - it is always better to listen to something harder (Thrice comes to mind). You have to be ruthless!

I am definitely checking this one out based on your recommendation. I know cover art is a big deal, but hopefully she can re-release it with better art at a later date! There are some really great stock-photo places online.

Hmm, I've read several authors who use different songs as the titles for their books but this is the first time I've heard of an author basing a whole novel on a song title ....... still, I suppose inspiration is to be found everywhere.

A great review as always, thanks for the recommendation.

Wow, isn't that cool how this book was inspired by a song? I've never heard of that before! Fantastic review, I'l have to keep my eye out for this one.

Jessica: Wow...a dream huh? Hopefully it comes to fruitation for you. Best of luck! Agreed on the art...it doesn't make or break it, but it helps. ^_^

Petty Witter: Same here...and I certainly agree on inspiration. Never know when it will strike. Thanks for the kind words!

Emidy: Yep. If you check it out, would love to hear what you think!

I've read this book, and found it beautiful. It is one of the few stories in which a young reader and adult can both inmerse themselves in and feel like a part of them,whether present or past,is reflected. Can't wait to read any future books from this author!

Thanks :) I am totally not above stealing story ideas from my kids...although I do have a few of my own too. Really, it was such a kick butt idea I couldn't pass it up!

AVS: Good point! With the time jump in the story and the youthful voice used, I certainly second that age span for readers. ^_^

Jessica: LOL. You just never know where the next "big idea" will come from.