Everybody out of the pool!: Watergirl by Juliann Whicker

HI there!
Welcome back to the site that loves reading from A to Z and most everything in between…Satisfaction for Insatiable Readers.

Today’s title is an ebook selection from the Young Adult genre that takes us back to high school and under the sea…well, into bodies of water at the very least.  Our leading lady, your normal average girl, except for her penchant for getting into trouble around water….hence her unfavorable nickname, Watergirl.  Yeah, oh so original in that cliché high school way but it does add to the credibility of the setting.  Anywho…before I splash you with too much information, allow me to introduce our ebook of choice for the day…. 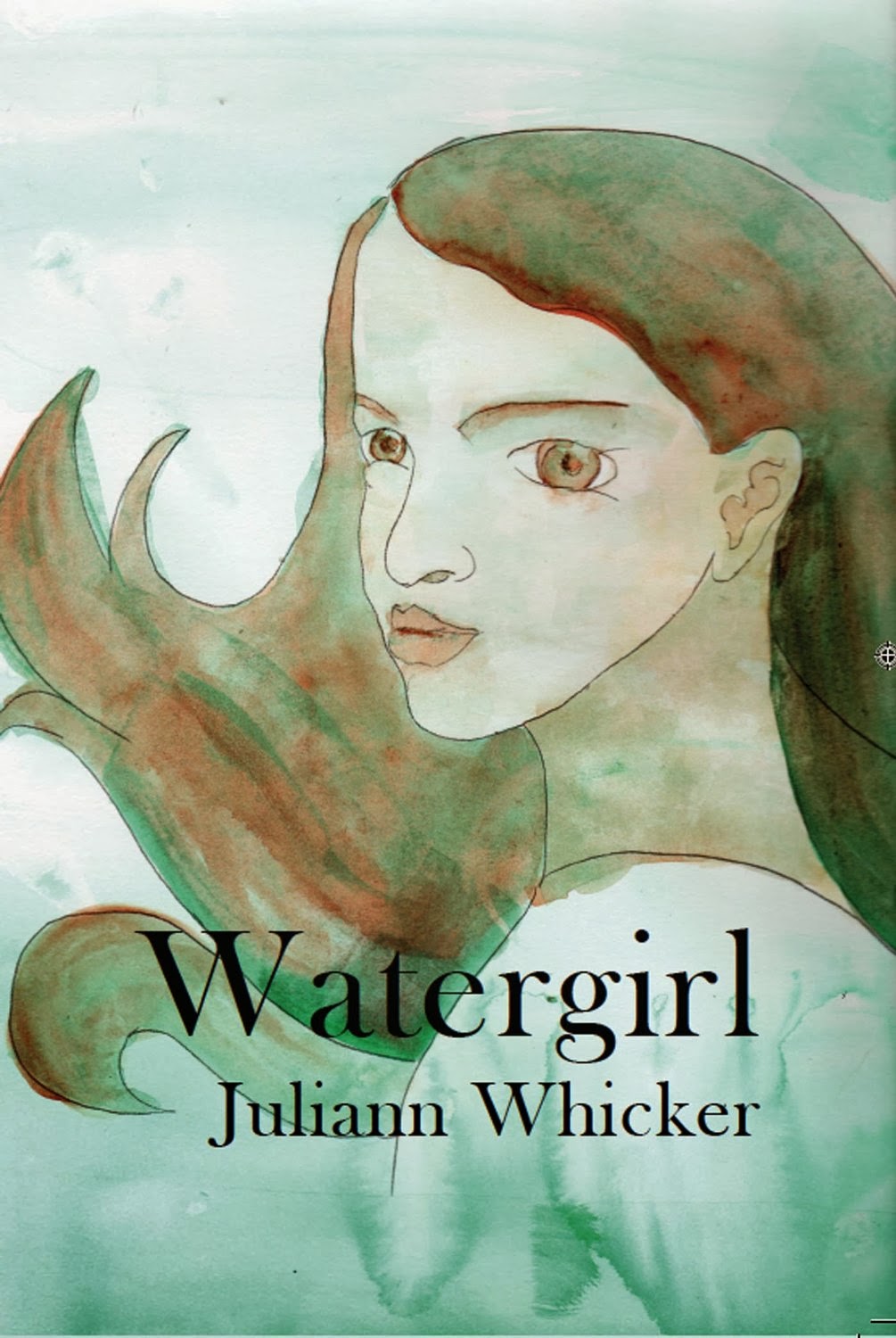 Genevieve spends her time compiling playlists, writing down the music in her head, and trying oh-so-hard not to think about the quarterback, her longtime obsession.
When a gorgeous foreign exchange student moves into town, staying with the inhumanly hot captain of the swim team, will she manage to move onto something better, or will a kiss of obsession drag her into a world more dangerous and dark than anything she imagined?
Welcome to the world of Watergirl: hot guys with gills, psychotic ex-girlfriends, oh, and something in the lake. It will take your breath away.

What to say, what to say, what to say….
This ebook put me in a bit of a quandary.  The cover though not as polished as some, worked for the story.  It lends an ethereal quality to the girl pictured and the obvious watercolor usage matches the title.  The story however....well....I wanted to like it completely, utterly and without reserve, like a lovesick teenager that’s hanging on every word, every action of her new found love…but now and again it would drag me back under the waves of uncertainty.  Allow me to explain my pros and unfortunate cons…

We have Genevieve, aka Gen, aka Watergirl…though she and I both much prefer Gen…her former obsession Cole, new obsession Oliver and the most unlikely of persons to ever be included in this triangle, nay square…The Captain, aka Sean.  Seem a little boy obsessed?  Well, you COULD say that and be only partially wrong because her obsessions are not entirely her fault and she knows it, in the most general sense possible.  You see, if Gen likes someone, she begins to let their persona run round her mind as any new love would, but…if they happen to kiss, well, the ante is upped well above stalker levels.  We’re talking a desire, a need, a craving so strong that limiting exposure (in BOTH senses of the word..*ahem*) is pretty much torture.  Thing is…it’s usually only a one-way street; her being the one obsessed over the other person, but this time…she’s part of a matching pair.  Sounds like the uber odd start to an interesting relationship, right?  Not so much…at least not when another party is involved.  Enter, the Captain.  How does he figure into this whole situation?  Well, that’s hard to explain and gets even harder still as the story progresses…oh and it’s not something I’m going to clear up for you now either, in case you were wondering…but he keeps things interesting.  Just be prepared for some dry humor …which is SERIOUSLY funny when all things are taken into consideration.  *ha ha HA ha HA* Trust me, you’ll get it after the read.  Anyway, back to what I was saying since I so easily tend to ramble today it seems… 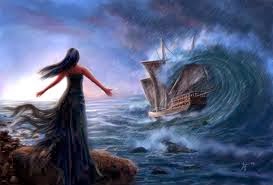 The relationships and almost personal connections, utilization of music (yes, even without physically hearing it) and mystery (so many hidden agendas running around!), even the impending doom at times, are all a part of the book’s finesse.  Any one of these elements would have you clamoring for more and do in fact, hence my finishing the e-novel.  From boy girl dealings to exchanges between friends (and sorta friends…because some confused me as to their actual “there-for-you-through-thick-and-thin-status”, like Junie…though with Flop there was NO DOUBT), it’s high school brought to life with additional complications both foreseen and not-so-seen….but…there was a small downside.  The plot connections, the here-to-there’s that get us from point A to point B, left me hanging at times.  We’d have a quick change in scenery, a swap in viewpoint, new players brought in, etcetera without nary an explanation.  Did it ruin the story?  No…just interrupted our regularly scheduled read of awesome and made it a little less. *le sigh*  I’d say this story won’t necessarily affect you like the kiss of madness might, but once you’ve begun, you won’t easily give it up, nor should you.  Much like Jack and Rose in that infamous movie with the boat and the water and…well, you get the picture...the ride is still worth the obstacles, just go in prepared.

Recommended read for teens and beyond.  If you like your Young Adult reads with a bit of romance, high school drama, and you’re not too squeamish around water…this is certainly a book that should be on your radar. 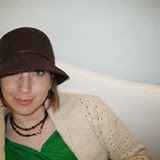 
Juliann was born and raised in South Central Utah-the desert-and currently lives in Southeastern Ohio-the jungle. She studied, among more than a few other things, Creative Writing and Fine Art at the University of Utah. She also enjoys gardening, sewing, painting, sculpture, and in all things combining the magic of imagination with the magic of the world around her.  Connect with her online….

Ebook for review courtesy of author Juliann Whicker.  (THANKS!)  For more information on this title as well as her other works and works in progress, be sure to connect with her via any of the links previously listed above.  Go ahead!  Promise…she doesn’t bite…though some of her characters might.  ^_^

Not at all keen on the cover, it certainly doesn't shout read me or at least not to me it doesn't. Still, I do like the sound of the story and I suppose that it was really matters.

Interesting. Thanks for sharing about this one. :)