The Chance to Change a Life: Twelve Thousand Mornings by Mary Drivel-Thiel

As I gather today’s post, I feel like a one arm bandit in the wild wild west….that is my one arm is slightly out of commission (crazy pain…ouch!) and the local bookstore I was set to blog in is having trouble with their internet connection.  *grr*  No worries though, that’s why they invented working offline and copy/pasting the post later…hence, the method used in getting today’s post to you!  Anywho, back on the bookish train…

Today we’re taking a look at a Fiction/Women’s Fiction title (either genre or sub will fit nicely) courtesy of Caitlin Hamilton Marketing & Publicity LLC.  (~waves HI~)  It stars an older leading lady that is just getting to know the world around her.  How so?  Well, she’s about to go through a transition from you-know-where and have her carefully crafted world shaken up rather violently.  It’s a memorable start and a great introduction to a character you’ll love but a situation I’d wish on no one.  Ready to meet and greet today’s title?  Ladies and gents, today’s book of choice is…. 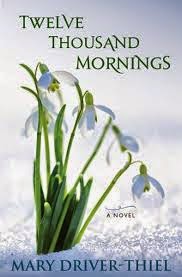 In this riveting sequel to THE WORLD UNDONE, wealthy Anne Bennett is left widowed and penniless after her husband’s firm is involved in financial fraud.  In shock and forced to leave her home, Anne has never felt so alone and vulnerable.  Protecting a secret from her youth has left her with few friends and has estranged her from her daughters, Sylvia and Callie, who live near one another in Huron County, Michigan.

After exhausting the limited prospects open to her, Anne realizes she has no choice but to accept Sylvia’s invitation – or is it a challenge? – to stay with her in Michigan.  With guilt, grief, and the ghost of tragedy shadowing her every step, Anne must come to terms with her past in order to navigate her future.

Anne was an unexpected lead and yet I adored her!  Even from the start when she wasn’t what you’d call warm and fuzzy in the least, she knew what she wanted, what she deserved, and the means by which to go about getting it.  Grant it, everything at that point was fairly trivial.  What country to visit next?  Which clothes to pack?  Should we extend our trip an extra day or an extra week?  You know, the worries of the well off.  All of that comes crashing down when her Paris trip is cut short…and her husband is on his way to his final resting place.  If that didn’t throw her life into enough chaos, add in a scandal with the business they owned that wipes out everything she owns…and I mean EVERYTHING.  She escapes with a few changes of clothes, $2000 in cash and what’s left of her self-esteem.

A strong woman in the life she knew, she’s a shadow of her former self as she makes her way cross country to her sister’s home.  Sounds nice that she has a sister that can take her in, right?  Think again.  These two are definitely not the prime examples for sisterly love and that’s not even taking into account her thieving son praying on someone in a far worse position than he.  Suffice it to say, the arrangement doesn’t last long (thank goodness!) and soon Anne’s packing once again for what she considers the last of all resorts…her daughter’s home.   Despite her trepidation and the battles lying in wait, this is where she will rebuilt her home from, heart and soul, one step at a time.

Though dire times for Anne, I feel this is when we truly get to know her as well as her, her self.  When rock bottom is reached, Anne doesn’t just bounce right back (thank goodness!  She IS human after all!), but takes her time, day by day, to reach outward and upward.  She discovers through hard work and perseverance that broken bonds can be mended, hearts can heal, and lives be restarted once again.  It’s encouraging and touching to see her take everything as it comes, building her character back up to something better than it ever was before.  She loves deeper, shares more freely, and takes in all the beauty that life has to offer.  Though it was hard watching her flail uncertainly towards nothing, it was well worth it to see the “conquering heroine” in the end. 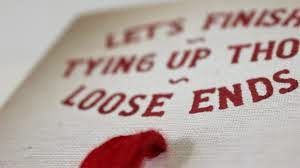 My only complaint would be a small trivial point…what indeed happened to David Sykes?  He was the linchpin to the whole save-me-from-this-destitute situation Anne was left in and despite his promises of letting her know something, uncovering a loophole, or otherwise finding a way for her to somehow carry on monetarily, all go unfulfilled to the point of no response.  I mean, it makes sense in light of Anne’s growth throughout the story and her coming into herself because frankly, she didn’t need his help any more, but I still would have liked to have heard back from the little weasel, I mean well meaning lawyer (okay, not really…I did mean the first string of words there) even if it was a big fat SUCKS FOR YOU. Anyway…

In conclusion, this was a WONDERFUL read that really draws attention to the things that matter most….love of others, love of self, family, friends, and hope.  We are reminded that home is where we make it, not a physical structure that’s grandiose enough to grace the cover of some highfalutin magazine.  If your heart is in it as well as those you love, BINGO!  You’re home.  We learn, along with Anne, that sometimes it’s when we hit rock bottom that our real selves are discovered and that can be just as precious a gift (or more so) as the most expensive desire currently on your wish list.  Though this is a sequel, I admit I haven’t read the first release, The World Undone.  Was I lost?  Not in the least!  In fact, I was more intrigued and may just have to go back and investigate the other story to flesh out Anne’s relationship with Sylvia before everything was uncovered.

Mary Driver-Thiel lives in the Chicago area.  She holds a B.A. in Fine Art and a Master of Arts in Teaching.  Her short stories have been published in various print and online magazines, including Epiphany, Halfway Down the Stairs, and Midwest Prairie Review.

Special thanks to Caitlin of Caitlin Hamilton Marketing& Publicity, LLC for the chance to bring this title to all of you as well as the review copy.  (THANKS!)  For more information on this title, the author, or further promotions to come, please feel free to click through the links provided above.  This title was released this past March via Pine Lake Press, so be on the lookout for it on a bookstore shelf or virtual retailer of your choosing.

Thank you so much for the lovely review of my novel, Twelve Thousand Mornings. I write because I have stories to tell, and I'm so grateful when those stories are appreciated.

My pleasure! I really enjoyed getting to know Anne. ^-^

intriguing and marvelously so. I can't wait to read the stories you've spun and oh what stories they be. This is a book I will immerse myself in so deeply I and character will be one.

Not the post I was expecting - according to my blogroll that was Nanny And Me. Still a good review of a book that given its strong female lead I may well enjoy.