Hi guys and gals!
Welcome back to another exciting week here at Satisfaction for Insatiable Readers.

Today, we're playing host to a Great Escapes Virtual Book Tours promotion starring the latest installment in the Coffeehouse Mystery series.  Perhaps you've heard of them?  The one prior to this was actually featured right here on my site so when this tour came around, I knew I had to jump aboard.  Why?  Because the last one was a blast and I had high hopes for this one.  Did they pan out?  Let's find out, shall we?  Today's blog tour guest and book of choice has arrived! 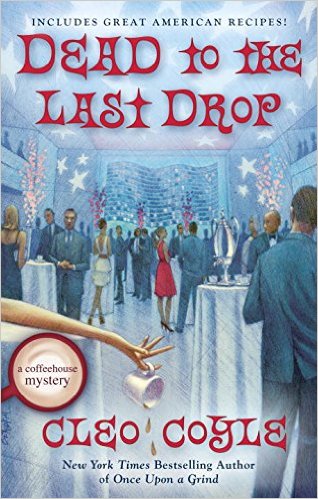 After the White House asks coffeehouse manager and master roaster Clare Cosi to consult on the coffee service for a Rose Garden Wedding, she discovers a historic pot was used as a CIA “dead drop” decades before. Now long-simmering secrets boil over, scalding Clare and the people around her…

Clare’s visit to the nation’s capital is off to a graceful start. Her octogenarian employer is bunking with her in a charming Georgetown mansion, and she’s invited to work with a respected curator on the Smithsonian’s culinary salute to coffee in America.

Unfortunately, Clare’s new Village Blend DC is struggling to earn a profit–until its second floor jazz club attracts a high-profile fan, the college-age daughter of the U.S. President. Clare’s stock rises as the First Lady befriends her, but she soon learns a stark lesson: Washington can be murder.

First a stylish State Department employee suspiciously collapses in her coffeehouse. Then the President’s daughter goes missing. Is she a runaway bride or is something more sinister in play? After another deadly twist, Clare is on the run with her NYPD detective boyfriend. Branded an enemy of the state, she must piece together clues and uncover the truth before her life, liberty, and pursuit of happiness come to a bitter end.


Being that I've read the last two books in ARC form, I've not really had a chance to gaze at the final cover until the last page has been turned.  Do I regret it?  Not in the least...but it does make the "picture" that much clearer.  There is so much you don't notice at first glance, or perhaps understand about the image you're seeing, until after you've read the story and the pieces have all come together.  Such is definitely the case here and it makes for an even prettier package with that knowledge in mind.

Clare is back at it again, and while roasting her beans to perfection, she's managed to brew up some trouble as well.  Who knew that her DC coffeehouse endeavor was going to become so popular with the law of the town...of course, that's bound to happen when the President's daughter decides to make it her musical hangout.  In this case, she's not just hanging out.  For Abby, it's an escape into something she loves (jazz) and to people she'd much rather be with than her entourage (Secret Service, parents, arranged marriage fiancé...).  You'd think with the power she's connected to she'd have full reign on her life, right?  Ha ha ha ha HA!  Anything but.  Poor thing is more of a puppet on a string...or is she?  Just when it seems she may have found a way to get what she really wants...POOF!  She disappears and Clare is left to deal with the fallout, charged with the kidnapping (and potential death of) the President's daughter.  I know what you're thinking...this is Clare!  She'd never do such a thing!  How?  Why?  All in good time my friend, all in good time...


It was great to meet up with Clare, Mike, Matt, and the gang once again, and a pleasure to meet some of newcomers too.  Honestly speaking, I could have DEFINITELY done without the intro to Katerina (*ugh*) and her skanky, devious ways, but a spade is a spade no matter how you cut the deck and when they're all played out, the game is truly over.  What's that?  You think I revealed something?  Not so fast smarty pants....because the real knowing isn't in the BIG REVEAL (sorta figured out who was behind things the whole time) but the details along the way.  Clare could definitely be a detective with her knack for piecing things together from the scraps left behind and let me tell you, her clue-ometer is definitely turned on high in this one.  If not for her though, the ending would have been A LOT different...and not in a good way either for those we care about at least.  *gulp*

Overall, it was a successful addition to the ever growing series that will have coffee lovers (and non) clamoring to see what Clare is roasting now because really...it's never just another cup of coffee. The only drawback for me was that the story is told predominantly as flashbacks and recollections while Clare and Mike are running for their lives.  Exciting, right?  I know...but I very much prefer a here-and-now story versus the picture-it-1972 version so a small DING on the "rating meter" (if I actually used one... ^_^).  Recommended for fans of the series as well as those looking for a spot to jump in.  Though 15th in the series, it works well as a standalone and while there is danger, jealousy, scandals, and life threatening endings looming about, there is also the family, and community aspect of it all, plus the potentially intimate scenes never move past the steam factor...on paper at least.  *wink* 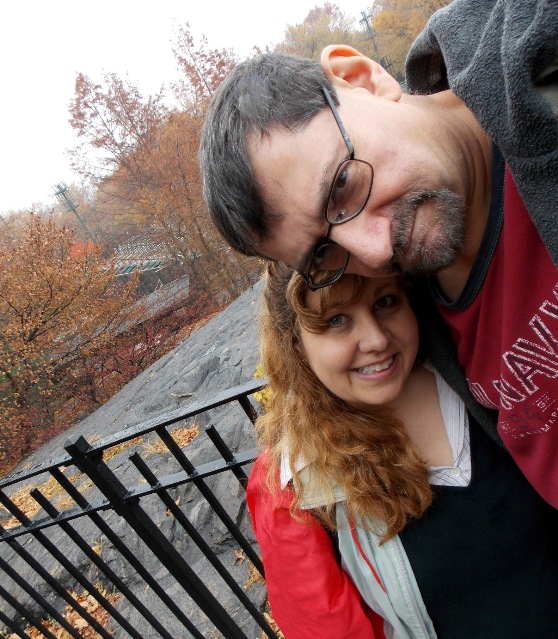 CLEO COYLE is the pseudonym for Alice Alfonsi, writing in collaboration with her husband, Marc Cerasini.  CLEO COYLE grew up in a small town near Pittsburgh, Pennsylvania. After earning scholarships to study writing at Carnegie Mellon and American Universities, she began her career as a cub reporter for The New York Times. Now an author of popular fiction and New York Times bestselling media tie-in writer, Cleo lives and works in New York City, where she collaborates with her husband (also a bestselling author) to pen the Coffeehouse Mysteries for Penguin. Together Cleo and her husband also write the Haunted Bookshop Mysteries under the name Alice Kimberly. When not haunting coffeehouses, hunting ghosts, or rescuing stray cats, Cleo and Marc are bestselling media tie-in writers who have penned properties for NBC, Lucasfilm, Disney, Fox, Imagine, and MGM. In their spare time they cook like crazy and drink a lot of java. You can learn more about Cleo, her husband, and the books they write by visiting www.CoffeehouseMystery.com

Special thanks to Lori at Great Escapes Virtual Book Tours for the chance to bring this promotion to you and to the author for the SIGNED ARC for review!  (THANKS!)  For more information on THIS TOUR, this title, the series, the authors, the publisher, or those promotions on the horizon, feel free to click through the links provided above.  This title celebrated it's BOOK BIRTHDAY the first of this month via Berkley, so be on the lookout for it on a bookstore shelf or virtual retailer of your choosing.

BEFORE YOU GO...
DON'T MISS YOUR CHANCE TO WIN!
JUST CLICK HERE TO BE WHISKED AWAY TO THE RAFFLECOPTER FORM AND YOU'RE IN IT TO WIN IT!  WITH A FABULOUS PRIZE PACK LIKE THAT, IF I WASN'T HOSTING, I'D BE ENTERING!
GOOD LUCK!

What an amazing cover, I love it. Great review, you even have me, a non-coffee drinker wanting to read this.

Congratulations, Cleo (Alice/Marc), on #15. I look forward to reading Dead to the Last Drop!

Great Review and I look forward to reading this...I have it on my tbr list...love the cover...thank you for the contest.
Marilyn ewatvess@yahoo.com

Gina – Thank you so much for taking the time to read and review our new Coffeehouse Mystery. Marc and I appreciated your thoughts, and we were particularly impressed on your comments about “the total package.” So much goes into creating the covers of our books—our publisher always asks for our input, and we are lucky to have such a talented cover artist in Cathy Gendron. Covers are so important for attracting readers to a book and the first step in helping a story come alive for readers.
Thanks again for your insight, and your kind words, and may your holiday season be delicious!

P.S. We recently finished an illustrated Recipe Guide for the book. If you’d like it, just click here. And may you eat (and read) with joy!

Looking forward to reading the latest in the Coffeehouse Mysteries. Thanks for the review and the chance!