BLOG TOUR: I Couldn't Love You More by Jillian Medoff

Well hello there!
Fancy meeting you here on a day like today!  The sun is shining, the birds are singing, there is not a cloud in the sky.  Okay, so reality says the sun is glaringly bright and making it too hot too fast outside, the birds are singing because that’s their job and the clouds are probably on break and gearing up for an afternoon storm but hey, that’s not NEARLY as peaceful scene evoking as the first description, am I right?  Of course I am…but it also illustrates a point I unintentionally made.  Things aren’t always what they first appear to be and much is determined by interpretation…two things we shall discuss in today’s post, along with a few others.  First things first… 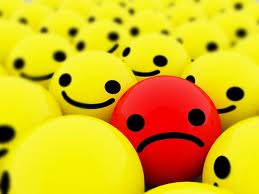 In an effort to ALWAYS be true to you my fellow readers and those bookish companies/people I am fortunate enough to work with on promotions and the like, I have a confession to make.  I DID NOT FINISH THIS BOOK….YET.  You see, for those of you that know me (whether online or in person), you know how crazy busy my life can be at times (okay, MOST the time) but my commitment to reading and sharing those adventures is true blue as well….there are times that one or the other simply has to be put on pause for a moment though; unfortunately, this was one of them.  As I write this post, I’m about 2/3, maybe ¾, of the way through and I fully intend upon finishing it because frankly I can’t put it down….I’m too invested in the story not to know how things pan out….but I read til the we hours of the morning and just couldn’t quite get it done.  So perhaps instead of a review, we should call this my observations thus far, deal?

Today’s featured title is a Fiction book that just saw publication a week or so ago.  It features the life and times of Eliot Gordon…partner, mother, successful business woman, and one of three sisters to a slightly eccentric author mom that doesn’t know where the TMI line is.  Oh yes…there will be secrets told, rivalries played out and snotty looks/remarks given…but hey, THAT’S what makes life interesting!  Did I mention the potential affair?  Silly me…  ^_^  Today’s book of choice and blog tour guest courtesy of KMSPR, LLC is…. 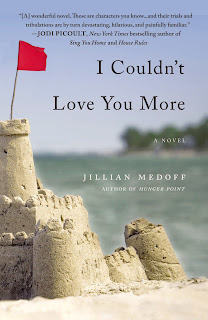 I Couldn’t Love You More
By
Jillian Medoff

Which child would you save? A decision no parent can even fathom.

Eliot Gordon would do anything for her family. A 38-year-old working mother, she lives an ordinary but fulfilling life in suburban with her partner, Grant Delaney, and their three daughters. The two older girls are actually Eliot's stepdaughters, a distinction she is reluctant to make as she valiantly attempts to maintain a safe, happy household . . .

Then Finn Montgomery, Eliot's long-lost first love, appears, triggering a shocking chain of events that culminates in a split-second decision that will haunt her beloved family forever. How Eliot survives-and what she loses in the process-is a story that will resonate with anyone who has ever loved a child. With hilarious honesty, wrenching depth, and a knockout twist, I COULDN'T LOVE YOU MORE illuminates the unbreakable bonds of family and reveals the lengths we'll go to save each other, even as we can't save ourselves.

Sounds great, right?  So far, it is. From the mother that was there in body but absent in spirit to the rip roaring times the three sisters have, there is a lot of family drama playing out between these pages…and with this many females in a cast, how could they not?  (Oh admit it guys, you totally agree with me there…)  Let’s see, where to begin.  Well there’s the Sculptress (aka Gail and Charlotte’s mom…through biology only because SO much more goes into being a mom than merely creation and blood) who to put it frankly….never grew up and I don’t see her doing it any time soon…for anyone.  Her girls idolize her but I think its more out of a sense of rebellion to a degree and the need to claim something, someone as their own.  Then we have the girls Gordon…Maggie, Sylvia, and Eliot. 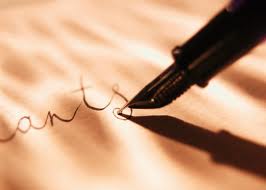 All named after the authors that influenced their mother’s desire to become a writer (cool, right?), they are family and love each other through thick and then but BOY do they drive each other up the walls at times!  Maggie is the youngest and therefore constantly fills that role of tagging along no matter what the endeavor…she’s also forced into that follow-not-lead status by her more dominating sister, Sylvia.  Sylvia…wow, now there’s an interesting person.  No really…sometimes I just want to tell her enough with the drama already…you are NOT up for an Academy Award!  Her antics can be down right ridiculous at times (think Marsha Brady only older and WORSE) and if she ever gets the feeling that her elder sister is one upping her, she kicks into action faster than the fireworks burst on the Fourth of July.  She means well but…she definitely lacks the ability to reign herself in.  Then there’s the eldest, Eliot.

Here’s the thing.  I’m in a bit of a love hate relationship with our main character and narrator, Eliot.  On the one hand, I love the person she is when she’s with Grant and company (aka her kids….step and biological) despite his lack of putting a ring on it (sorry, I know it’s not for everyone but I think deep down, it really IS for Eliot).  On the other hand, I really don’t care for the person she becomes when she’s with Finn.  She’s irresponsible, easily distracted, suddenly indecisive, and basically drooling all over herself which when I last checked wasn’t an attractive package no matter how you look at it.  I know, gasp shock and awe…a spoiler point!  Not really….because you see by “with” I simply mean “spending any time in the vicinity of”…yes, that’s how bad she gets.

I mean, I get it; he’s her “life long crush”, her high school sweetheart.  *blink blink*  Yeah…about using the term “sweet” with his name, is she even thinking of the same guy I’m reading about?  Really, that guy was pretty much a when it came to how to treat women….even Eliot for that matter.  Their “relationship” back then really amounted to unacknowledged feelings, a supposed desire to preserve what they had, and a half drunk one night stand; not really seeing the building blocks of a lasting relationship here.  Even now, his presence is always the catalyst for trouble intentional or not.

Anywho…it remains to be seen how it will all play out.  Will they continue to try to relive their glory days in the here and now, screwing up any chance they have at simply being friends and place their current relationships in final jeopardy?  Or will one (or both….hey, benefit of the doubt and all) come to their senses and realize that time marches on, people grow up (well, most anyway) and though once upon a time they may have seemed like a great romance waiting to happen….it just wasn’t mean to be?  Even if I had finished the final page, I wouldn’t tell you!  (^_^)  You’ll have to read it to find out…

Final discussion point and this is something I came to realize about 100 pages in, the title is something of a pondering point.  When I first read about this book, I took the title at face value….a simple statement of how much one person loves another, HOWEVER, knowing what I do know about each of the characters, there are actually many more layers to it than I first perceived.  You have the simple declaration it first appears to be, an affirmation of love.  You have it as a plea, a sorrowful way of saying why things didn’t work out or couldn’t be.  You also have it as a way to explain why someone acts the way they do in spite of themselves and despite the role they play in your life…they love you but they couldn’t love you more.  Something to think about both now and once you’re reading the book.

All in all, from what I’ve read thus far (which again is about 3/4ths of the book as we speak…err, read), it’s an enjoyable story perfect for a summer reading escape.  I’d classify it was Women’s Fiction through and through as you explore the dynamics of family both by blood and by love,  seek out love in all the right and wrong places, uncover the truth hidden before our very eyes and discover a little bit about ourselves along the way.  I will give a small warning to potential readers….there are a few instances of “colorful” language and a scene or two sensual in nature (ice bath not required but a fan, perhaps…she keeps it short though so we can get back to the plot), so my recommended reading age is OLDER teens at the earliest through adults.  If anything drastic changes in my continued reading, you best be believing an update to my review will be made but as the story goes, though we encounter ups and downs just as in life, the writing is done with a practiced hand…can’t wait to see just where the author takes us.

Review copies of this book (both ARC and final edition) received courtesy of Amy at KMSPR, LLC.  (Thanks, Amy! If you're not following her, you should...you're missing out, big time!)  For more information on KMSPR, LLC as well as current projects in progress, feel free to visit them online, like them on Facebook or follow along on Twitter.  To discover more about author Jillian Medoff including her previously published works and those forthcoming, be sure to visit her official website, like her Facebook page, or follow her Twitter feed.  This book was released May 15th, 2012 from Five Spot / Hachette Book Group so be on the look out for it on a bookstore shelf near you.  To discover more about the publisher as well as their complete catalog, visit their official website.

Thanks for your honesty! Hey, who hasn't had life get in the way of our blogging schedule? *L*

Oh, do hope things smooth out for you to finish up the book. :) Thank you for the honest post, and glad you did it. :) Thank you!

I'm with Alexia on this one in that it does sound like an interesting story but one that you have to be in the right frame of mind to read.

aww.hope things improve in your neck of the woods. This does sound like an interesting read..perfect for the beach!

Alexia561: I know, right? Life...oye! Definitely check it out...would be great for a slighty heftier beach read (aka, it's not all fluff).

Melissa: Finished! Check out "the sequel" posted this weekend.... ^_^

Sounds like a pass for me.
Another woman who thinks her past looks better than her present.