Death? That would be TOO easy...

Why hello there!
Welcome back to the site that aims to make your “to-read” list just as incredibly long as my own…Satisfaction for Insatiable Readers.

TWO quick reminders before we jump into things.  First, if you follow me on Twitter, Facebook, or are a frequent visitor to the site (*hugs*), you may have seen this already but TODAY is the LAST DAY to download a FREE copy of Night of the Purple Moon by Scott Cramer!  It’s a title that I’m set to review a little later this year, but that doesn’t mean you can’t check it out in the mean time.  Just see Tuesday’s post for more details and a quick link to get you right where you need to be.  Reminder number two...a mind is a terrible thing to waste….or HIDE, but that’s just what some children feel they need to do to fit in.  Let’s show them that SMART IS COOL and celebrate that intellectual power with The Big Brain Club…and a giveaway!  Check out my interview with the creator, author Dom Testa, and get your entries in by midnight 05/20/12; just click on the link in the right hand side bar for more details.

Now, let’s continue my self-imposed week long celebration as we count down to my 3rd blogoversary (^_^), as we take a look at the THIRD installment of the spine tingling Young Adult series….Escape from Furnace. 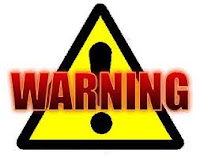 Being that we are covering a series here, there may be a few minor spoilers along the way but I’ll keep them to a minimum and trust me when I say that you’ll still want to read this lot for yourself regardless.

This time around we have a title that is even more ominous and twice as final but remember, in Furnace, death is only the beginning.  Today’s book of choice and third installment in the series is… 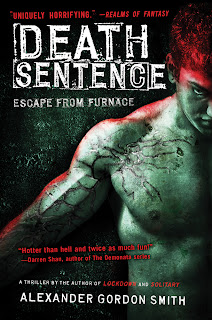 Alex’s second attempt to break out of Furnace Penitentiary failed. This time, his punishment will be much worse than before. Because in the hidden, bloodstained laboratories beneath the prison, he will be made into a monster. As the warden pumps something evil into his veins—a sinisterly dark nectar—Alex becomes what he most fears . . . a superhuman minion of Furnace. How can he escape when the darkness is inside him? How can he lead the way to freedom if he is lost to himself?

This is the book that actually kicked off my read of this series.  You see, as I told you…the first two books I had won a year or so ago and just never quite got around to reading yet.  Oh, I was going to….but others kept popping up blocking it from view.  Then one day, I was perusing my latest MacMillan virtual catalog (thanks Ksenia!) and low and behold what should appear?  A full page dedicated to not only book three but the forthcoming (at the time) book four!  Well I mean now that I knew there was more even after a final sounding title such as this, I HAD to see what all the hubbub was about.  So, I threw my hat in the ring for a review copy with the promise of reading/reviewing the first two along with this one (not that it was required but trust me when I say this is a series you NEED to start at the beginning and follow through to the end…makes MUCH more sense that way) and TADA my request was greeted with an affirmative response.  (~happy dance~)  So, back to the boys…

We are now one man down (well, two if you count the psycho being out of the picture for all intents and purposes, but I digress), a bit worse for wear after being almost burnt alive and…about to wish we WERE burned alive because this next part is going to be SO much worse.  How so?  Haven’t you been reading my posts this week?!  The Warden is E-V-I-L.  The Black Suits…ditto.  The wheezers….definitely ditto.  Everything else is poisoned icing on the spoiled cake.  This is when we are introduced to one of the forces behind all of this evil….nectar.

That doesn’t sound intimidating now does it?  I bet you’re picturing some giant bumble bee making its way around a field of flowers distributing pollen and sipping nectar as it whiles the day away, right?  WRONG!  Wrong.  WRONG!  This nectar is something else altogether.  It’s like liquid evil.  Take the worst of mankind, pulverize until you get the worst of the worst, and then blend into an inject-able substance.  It’s as dark colored as what it is derived from with reflective red flecks for good measure and if you have any idea of what’s good for you, you will stay far FAR away from it at all costs.  Oh, but wait…it’s not YOU the Warden is after (…yet…), it’s Alex and his band of defiant friends.

Fool him once, shame on you.  Fool him twice, shame on him…and the Warden knows no shame so putting an end to the embarrassment that Alex is creating within his fortress walls is top priority as he is not about to be fooled again.  You ever hear that expression keep your friends close, but your enemies closer?  Yeah…that SO applies right here as Alex is about to get a taste of the Warden’s special brand of medicine and even Mary Poppin’s spoon full of sugar won’t help this go down.  It’s both horrifying and mesmerizing at the same time.  How so much evil can fit into one package (and spread like filthy mop water) is incredible…and yet, try as you might, its existence can not be denied. 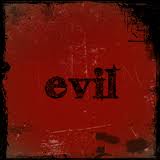 Part of the “process” undertaken, involves brain washing to a certain degree; an in-depth “study” if you will of all the atrocities man visits upon his/her fellow man.  The problem?  The events covered are not merely fiction; most are anchored in actual historical events from our own past.  That’s the TRULY scary part if you ask me.  Not the wheezers, not the black suits, not the Warden or even Furnace and his special children (Berserkers…don’t even ask *-*); though they are ALL nightmares given life on the page…the fact that we can’t deny the ideas, the images flooding into Alex’s brain makes me wonder…who’s the REAL monster?  Now, that’s not to say that there is no goodness that has come from our time on Earth, there is and it is measurable as well, but wouldn’t it be nice if we could put an end once and for all to the evil in the world?  A dream to be achieved in small steps for certain but attainable nonetheless….now back to the penitentiary….

There is one small chink in the Warden’s master plan to turn Alex to the dark side that wasn’t accounted for….his will to survive (and a helpful suggestion from a former friend turned monster a book or so ago).  He may be broken but he is not beyond repair, at least not without a little help (okay, A LOT of help) from his friends both here and in the hereafter (told you it wasn’t the last time we’d see the one that passed on in the last book).  It’s that combined force that pushes them all onward.  That sense of self that was all but lost, now recovered that will keep them together.  That promise made between falsely sentenced young boys needing to be kept, that will make this struggle worth it in the end.  They’ve proven Furnace is not as unbreakable as it appears; now it’s time to crack the place WIDE OPEN.  Will they make it?  Hard to say but you can GUARANTEE they’ll be heck to pay either way…. 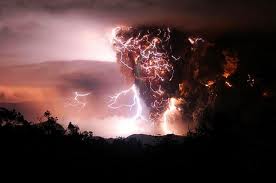 All in all, another insightful addition to the series that never stops the adrenaline rush. I’ve heard from some that this book moved slower than others, sorta like The Two Towers from the LOTR trilogy; a connecting piece without much forward movement.  I can’t say I truly agree though as there is movement in the story but there is also a lot of information uncovered about the how’s and why’s (they’re saving the who’s and what’s for another installment).  It’s a necessary evil if one is to understand what’s really going on and for that, I count it as a success.  So strap in for another exhilarating ride as the boundaries of Furnace’s power (both building and “man”) are tested, possibly breached (not spoiling it for you!), and deemed unworthy of existence.  Remember death is only the beginning…but Furnace’s wrath knows no bounds.

Recommended read for older teens and beyond….I’ve said it before and I’ll say it again, dark content, “light” language at times and DANGER WILL ROBINSON DANGER.  Just keep it away from the little ones til they get a bit older…deal?  This book is available now on a bookstore shelf near you so if you’ve delved into the first two, feel free to rush out and buy a copy now.  If not, umm…what ARE you waiting for?  *-*

Review copy received courtesy of Ksenia at MacMillan Children’s Publishing Group (THANKS!)…book three landed with their imprint, Farrar Straus and Giroux.  For more information about this series as well as their complete catalog, feel free to visit them online (1 or 2), check out their blog, like them on Facebook, or follow along on Twitter.  To discover more about Furnace including wallpapers, excerpts, and your chance to be an inmate trying to make it back to your cell before LOCKDOWN (it’s a game!), don’t miss the official website!  Last but certainly not least, to discover more about the man behind the series, stop by author Alexander Gordon Smith’s official website, check out his blog, or follow along on Twitter.

Be sure to check back tomorrow for the next installment and stay tuned because there’s that giveaway still on the horizon featuring a few of my favorite reads and you wouldn’t want to miss out on that now, would you?

Gosh I love a good review! :) Just wanted to let you know that I posted a link to this post on my blog today: http://authorjess.blogspot.com/2012/05/whats-up-wednesday-playing-blog-catch.html

Have a great Wednesday!