Life is heaven when you're... Sleeping in Eden by Nicole Baart

Hi there ladies and gents!
Welcome back to the site that throws out the red carpet for guests and the text covered bookish carpet for fellow readers….Satisfaction for Insatiable Readers.  Don’t worry, it’s cleaned regularly so if you should happen to fall in the category of fellow reader then it is perfectly acceptable to find a favorite page or two on the carpet and lie down for a read....especially after all that turkey you've consumed today. 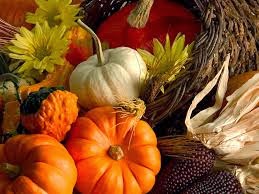 What, you think I forgot?  HAPPY THANKSGIVING to all of my fellow readers celebrating this day of thanks and giving, sharing and kindness today.  Oh, and if you're heading out for the shopping starting at some point today, it's all yours.  I'll have mine on Black Friday or none at all thank you very much.  Old school, I know...but they rush EVERY holiday nowadays more and more.  *sigh*  Anyway, speaking of reads…

Today’s spotlight goes to a book I read a few weeks back that was curious indeed.  It’s a story with a few stories running around within itself and though that might sound confusing, the lines laid for each were clear so as to keep you on the straight and narrow.  Ready to ride the invisible rails and uncover today’s selection?  Let’s!  Book of choice comin’ at ya…. 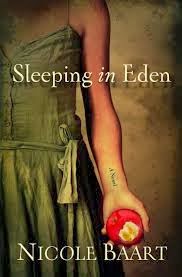 
She knew what we wrote…
One little word that made her feel both cheated and beloved.
One word that changed everything.
MINE.

On a chilly morning in the Northwest Iowa town of Blackhawk, Dr. Lucas Hudson is filling in for the vacationing coroner on a seemingly open-and-shut suicide case.  His own life is crumbling around him, but when he unearths the body of a woman buried in the bard floor beneath the hanging corpse, he realizes this terrible discovery could change everything…

Years before Lucas ever set foot in Blackhawk, Meg Painter met Dylan Reid.  It was the summer before high school and the two quickly became inseparable.  Although Meg’s older neighbor, Jess, was the safe choice, she couldn’t let go of Dylan no matter how hard she tried.

Caught in a web of jealousy and deceit that spiraled out of control, Meg’s choices in the past ultimately collide with Lucas’s discovery in the present, weaving together a taut story of unspoken secrets and the raw, complex passions of innocence lost.

Sounds chilling and spooky right?  WRONG!  Though it does have it’s mysteries aplenty, this is not a ghost story in the true sense of the word; it only qualifies on that level by a mere fraction of an inch if one were to refer to the ghosts of one’s past.  What it IS is a tale that weaves together the lifelines of many, creating an end masterpiece you can’t see coming.  Nope.  Don’t even try…okay, well try because that’s part of the fun but don’t let it stress you.  What?  You think I did that?  Pfft!  *nervous chuckle*  Oh come on…I know better…well, now at least.  ^_^ 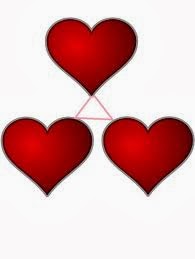 Admittedly I was more invested in the friendship and love triangle between Meg, Dylan, and Jess…whose story actually takes place in the past, then the present day story starring Lucas and Jenna.  I felt more connected to them as each facet of their personalities was revealed, each year rolled by, and each new adventure met fruitation or frustration.  From Meg and Dylan’s first meeting with fireworks bursting overhead and a game of Bloody Murder (it’s like hide and seek, sorta) in progress to him showing her the finer points of bike tricks.  The quiet passage of time that allows them to grow up and apart to her first kiss with a boy that wasn’t whom she intended to give her heart to.  From first blush to first love, heartbreak to healing escapes, it’s all there in black and white intermingled with observations from the present.  You see, the story is building all around you as you are reading about each seemingly separate group, but they are moving towards a connection buried just below the surface.  As I said, I knew it had to be there, but I didn’t see it coming…

There are many times you will be moved by their stories, both past and present characters counted.  You’ll feel the despair and desperation in Lucas and Jenna’s relationship…something that is not aided, though they’d hoped it would be, by a presence from their past.  You’ll understand Meg’s confusion as her emotions roller coaster between what she wants and what she might need.  You’ll see both sides of the coin when the term “mine” is used…or in this case presented…in regards to another person.  You’ll ponder the connections between them all, wondering just where the story is taking you and then finally come to a satisfying landing as you see the lay of the landscape strewn with shattered hearts and dreams and yet….hope. 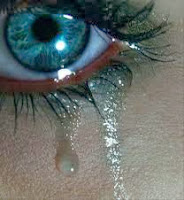 In the end, it’s a tale well spun if only you give it a chance to work its magic.  Wander the lives of these characters, become a part of their story.  Let the tragedies involved affect you, shed a tear for the life and love lost.  Cringe at the shadowy moments, and let your heart race in those that are passion filled as it all works towards a final sense of closure.  Then…when all is said and done…turn the final page, breathe a sigh of satisfaction and then pass it on; for what better way do YOU know to share a great read?

Review copy received courtesy of the great folks at Simon and Schuster.  (THANKS!)  For more information on this title as well as their full catalog, be sure to stop by their site, like them on Facebook, or follow along on Twitter.  This title is available now from Howard Books, so be on the lookout for it on a bookstore shelf near you.

Firstly, a happy thanksgiving to you and yours.

This sounds like a good read on so many levels. And being something of a scaredy cat its an ideal read for me given that it stops short of being a ghost story.