Hi there!
Welcome back to Satisfaction for Insatiable Readers…the place to be when it’s time to celebrate the bookish side of life because you know I’ll always roll out the red carpet any day, any night for THAT gathering.  ^_^

Today, we’re featuring a Young Adult title from the fab folks over at Peachtree Publishers.  (Hi guys!) While their YA collection is small, it is growing and can almost always be counted on for a great read.  This time around…we’ve got another winner!  Ready to meet the next fabulous read that should be gracing your “to read” list?  Here. We. Go.  Today’s book of choice is… 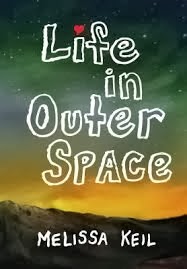 About the book…
Sam Kinnison is a geek, and he’s totally fine with that.  He has his horror movies, his awesomely nerdy and loyal friends, World of Warcraft, and a stack of screenplays to finish.  He stays under the radar and out of reach of the “Vessels of Wank and their various minions” who roam the halls.  Life is normal.

When the beautiful Camilla Carter starts at Bowen Lakes Secondary, the school erupts in a flurry of interest of “the new girl” – but Sam couldn’t possibly care less.  Soon though, despite the status quo and Sam’s attempts to ignore her, Camilla becomes increasingly part of his life and stranger still, she likes Star Wars.  Weird.

Sam believes that everything he needs to know can be learned from the movies…but now it looks like he’s been watching the wrong ones.

This, ladies and gents, was one of those surprising sleeper types of reads.  You know the ones where you went into it thinking..this sounds like a good read…and came out thinking…wow, this was SO much BETTER than I even imagined!   Yep.  That’s the sort of read this is.

Sam is one of THOSE characters.  He’s the lead per se, but unwillingly so…no worries, it makes him more likeable for it.  At times you want to both hug him AND strangle him, the winning emotion being whichever way your fancy took you because both reactions would have been suitable.  You think I’m kidding, don’t you.  Promise…I’m not.  Need examples?  Okay, well how about the time he kissed…and that other time when he totally missed the opportunity to tell her how…and then there’s the time he punched him in the face…but then there was that time his troll danced for her…and the big fight he “staged” to uncover what was going on with and…you see where I’m going with this?  Okay, well maybe not seeing as some of the key players are left out of that run on sentence, but trust me…you don’t want me to spoil the surprise.  With that in mind, I shall continue my assessment… 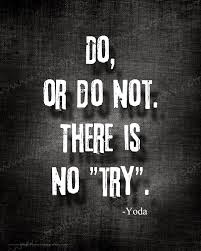 Despite falling in and out of like with our lead, he will endear himself to you nonetheless.  From his quirky likes and habits, to his reactions to changes in his normal environment, his antics or lack thereof provide for many laugh worthy and hand-to-face moments.  Many readers will connect with him on some level, some might even COMPLETELY identify with him, but rest assured, if you don’t find yourself there, one of the other members of his friendship crew (Mike, Allison and Adrian) will definitely fit the bill…even when they don’t seem to fit each other at times.  Hey, THAT’S the beauty of friendship…it can withstand the best AND worst of times and still be strong in the end.  Now new friendships on the other hand are a whole other beast…please enter Camilla Carter.

She’s a whirlwind and a half, disturbing the peace left and right, and shaking things up both at school and in the lives of Sam and his friends.  I gotta say though, I really liked her character.  The way that she handles herself and any situation that comes her way.  The way she floats in and out of all the social groups regardless of what others think and while doing so, tries to change the WAY they think about each other.  Wanna know a secret?  I liked her even more when we discovered she too has a flaw.  She’s human, not super human, and though she’s in the same boat as Sam and his buds, she chooses to be there and that lends her a whole other shade of cool.

Story wise…we hit highs, we hit lows.  We meet people and risk losing everyone.  We walk to the very edge of reason where sanity is eclipsed by the unspoken desires of our hearts and climb back out again…um, admittedly, a bit worse for wear but with a new understanding about life overall and how important letting those we care about in really is.  You wouldn’t think a Young Adult novel fleshed out with “Vessels of Wank” (aka Jocks…but not the “nice” ones), nerds, gamers, intellects and the like would get into something somewhat heavy now would you?  Didn’t think so…and it sneaks up on you too, all thanks to a screenplay writing WOW geek and his unexpected Princess Leia.  ~smirk~ 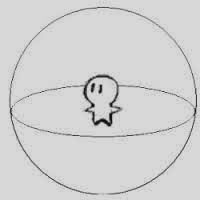 In conclusion, it’s not a book about life in ACTUAL outer space, but rather that space that we keep around ourselves and create around others based on our own thoughts and preconceived ideas.  It’s also about breaking those barriers down, letting others see the real version of ourselves we sometimes hold TOO close, and being okay with the fact that they may or may not accept us as we are.  It’s a part of life and those worth knowing, those worth caring about will be open to the real you; those that aren’t, well…too bad for them.  ^_^

Recommended read for YA fans and beyond.  Review copy received courtesy of the fab team at Peachtree Publishers.  (THANKS!)  For more information on this title as well as their full catalog, be sure to stop by their official site, blog, Facebook page, or catch up on Twitter.  This title reached publication August of this year, so be on the look out for it on a bookstore shelf near you.

I just finished Life in Outer Space last week and I loved it! I really liked Sam and his group of friends. They were a mix of comfortable with themselves but willing to fall in line and stay out of the popular kids way, which I thought was pretty realistic.

I love how you phrased Camilla as a "whirlwind" because she definitely was! She was so well-adjusted and mature, and I loved that she latched onto Sam and his group of friends, rather than being sucked into the popular group.