The Book of Someday by Dianne Dixon

Hi there!
Welcome back to Satisfaction for Insatiable Readers…the place to be every day of every season because even if the weather outside is frightful, the reading will ALWAYS be delightful.

Today’s featured title comes to us from the fab folks over at Sourcebooks and stars an author’s second journey into the Fiction genre.  Though I’ve not read her previous work, if this title is any indication of her talent, I’m SO there.  Make room on your wish list, it’s time to greet today’s book of choice… 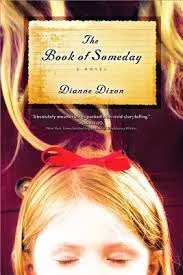 The Book of Someday
By
Dianne Dixon

Mysteriously connected and soon to be forever changed, three women begin a story that will haunt you long after they are gone.

Ever since she was a little girl in California, Livvi Gray has been tormented by a nightmare – the image of an eerily beautiful stranger in a shimmering silver dress.  Shortly before Livvi’s thirtieth birthday, she will come face to face with this stranger, an encounter that will not only alter Livvi’s future, but also change much of what she thinks she knows about her past.

The Book of Someday tells Livvi’s story in parallel with that of Micah, a brilliant Boston photographer, and AnnaLee, a young Long Island wife and mother.

Like Livvi, these two women are swiftly moving toward events that will prove to be the ultimate turning points in their lives.  Linked by an unforgettable mystery, they reveal a web of devastating secrets about the unexpected ways in which we choose to protect – and betray – the people we love.

It was great getting to know each of the women featured in this story and though each received their time in the spotlight, including one that speaks not a word, none is followed more closely than Livvi…and with good reason.  We get to see her as a child, seeking the attentions of her destroyed father while attempting to outmaneuver her stepmother’s attention (not the good kind either).  We see her as an adult, just learning to stand on her own two feet and being sideswiped by society time and again.  We watch as she grows and changes into the person she was meant to be though it is hard won and not without its setbacks, one that even involves a young child though not of her own flesh and blood.  How easily she loves despite all that she’s encountered is perhaps the truest miracle although allowing herself to feel it, really see it through is another obstacle entirely…no worries though; she’s working on it…and has a helping hand too. 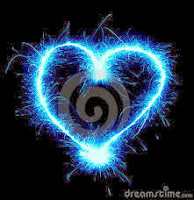 The world needs a soul like Livvi’s; able to share and give of herself to those in need.  I was amazed to see that the story she authored was so close to her heart and yet she was not able to reveal that part of herself to anyone.  All of that brought to the surface and we STILL haven’t even touched on the mysterious woman that plagues her dreams with the memorable dress and pearl button shoes.  You almost can’t help but wonder if she’s completely from her imagination, an enigma of sorts…that is until she makes an appearance in the lives of our other two leads.

Now Micah, she is at the complete opposite end of the spectrum.  A hard hitting presence in her field she specializes in a unique brand of photography…stills with no life.  Yep, that’s right. Zilch.  Zero. Nada. Add to that AnnaLee, a wife and mother, she has no more in common with the other two as they do with her...except this mysterious woman, a story well worth reading and a future that entwines with everything else when all is said and done.  OH, did I mention that the key players in each of these ladies lives ALSO feature prominently in the overall scheme of things so be sure to take note and of their who's and what's while you figure out the why's.

In conclusion, this is an AMAZING read that will stick with you long after the final “Aha” moment.  Though my attention was captured throughout the story, the final chapters really bring it all home and the connections you find make sense of all the little moments you were patiently waiting on.  I still can’t get over when the big reveal occurred.  I mean I literally gasped, causing several heads to turn in my direction at the time…~whistles~.  Hey, there’s no shame in my game, and when it comes to reading if I turn a few heads, the bigger the audience I have to share a potential great read with. 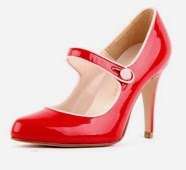 Recommended for adult readers who like mystery, love, and second chances as well as multiple narrators, memorable characters and story lines that converge to a satisfying end.  It’s a wonderful mix that I’m happy to spotlight for all of you…and hopefully entice a few of you into my “been there, read that” circle,  ^_^  ARC courtesy of Sourcebooks Landmark.  (THANKS!)  For more information on this title as well as their full catalog, be sure to visit themonline, or follow along on Twitter.  This title reached publication September 2013, so be on the lookout for it on a bookstore shelf near you or online retailer of your choice.

The cover of this seems to fit the book! Definitely sounds like a page turner.