The Reflections of Queen Snow White by David C Meredith

Hi there!
For those that frequent the site, WELCOME BACK!  *hugs*  For those newcomers that may have just stumbled upon this post, WELCOME!  In either case, I hope you find something here that keeps you coming back for more.

As bloggers, we come into this community to breathe, eat, and sleep books…or rather, read, share, and chat about books…and hope that our recommendations, our experiences touch another.  We seek no other gratification than that, though the comments of those passing through do bring a smile of delight to our hearts…or at least it does mine…so if you have a moment and are reading this post (or any post on any site for that matter), leave your mark that says “I WAS THERE”, even if it’s a simple hello, goodbye, or observation.  You never know just what it means to the other person.  *ahem*  Now then, I’m off my soap box, let’s continue, shall we? 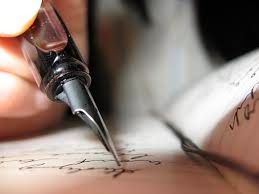 Much like my ramble above, authors (for the most part) are simply seeking a way to share their stories, their daydreams, even perhaps their nightmares (hey, those turn out well sometimes too!), with other people.  They put pen to paper, or fingers to keyboards, to turn their idea into something easily shared with minds around the world, and hope that they in turn reach the right audience where they can be appreciated and understood.  Sometimes it happens like a dream come true; other times, it’s a hand over fist struggle.  With both paths in mind and the hardships they each entail, I keep my reviewing door open to both traditionally and nontraditionally published works; for me, if the story speaks to me, I’ll read it.  Today’s title is a case in point….

It’s an ebook that continues the story of an infamous princess turned queen that while challenging the animated story many have come to know, still does her justice…and perhaps even paints her as well as others in a more meaningful light.  Call her a girl for a new generation…just with a past that’s dark and quite contrary.  Ready to discover a new ebook treasure worth the trials of flicking screens as opposed to turning pages?  Prepare for a journey back to a kingdom you might not have given a second thought, today’s ebook of choice is… 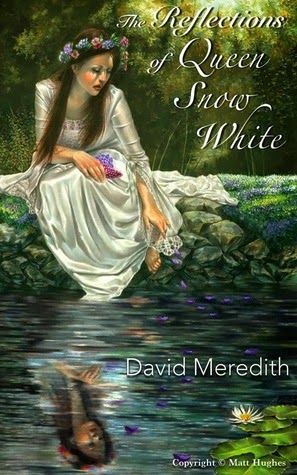 The Reflections of Queen Snow White
By
David Meredith

About the book…
Princess no more, Snow White is now Queen!  Amazing what time and a life altering kiss can do, right?  Wrong!  SURPRISE!  Remember, this is not the fairytale you might remember, at least not completely.  Gone is the little girl simply forgotten and passed over by her evil stepmother; say hello to a young woman abused and mistreated by she who would be queen at any cost.  Gone are the little singing dwarves and the treacherous battle through lightning tinged skies to put an end to the Evil Queen’s reign; instead we meet seven little men who become her friends, and a prince that carries out a not-so-swift but certainly final end to she-who-betrayed-her-kingdom. (~shudders~)  Oh and speaking of the prince, he is indeed referred to as Charming in both action and name, but umm…well, that who “wake with true love’s kiss”?  Don’t hold your breath.  Blue is not a good color on you in that way.

That’s right!  We’ve different challenges in both her past and present stories to deal with.  Some things will still be familiar, reflections with a twist if you will of what you remember, but others are shaded in more grays than fancy.  Snow White is a grown woman now, in mourning for the loss of her King and as can happen in times of distress, losing more than simply herself along the way.  She needs a good shake up to wake up from the lackluster dream her world has become and come back to the present, her kingdom and her daughter Raven.  Some might recommend REFLECTING on the good she has experienced in life, all that’s she’s overcome and all that she’s gained despite her less than ideal childhood.  A good place to start no doubt….but sometimes looking TOO far into a mirror can push you right over the edge.  Does Queen Snow White possess the self awareness to know the difference between fantasy and reality?  Does she stand a chance against an artifact that helped wreak so much havoc on her entire kingdom?  *dun dun dunnnn* 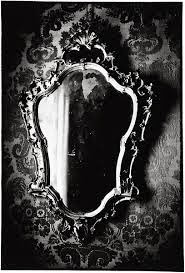 As I said, both familiar and not with an adult twist that still kept it on my mind.  Like I’ve said, I’m not a huge ebook fan but this is another one that I gladly took to the epages like a fish to water.  I found the writing to have an even keel, neither over the top nor dropping us off without fair warning into some disconnected abyss.  The characters though not the colorfully animated, singing variety learned in childhood, are recognizable enough to allow easy following of the story while still adding depth to each and filling out those parts of the tale on which we might have previously pondered endlessly.  The story imagined was agreeable and fair.  It took no prisoners while still living up to expectations, perhaps even surpassing them in some cases.  Definitely a story of which to take note and an author I’d be curious to read other works by.

Final thoughts…a new look at Snow White certainly several steps away from the Disney-esque version many are familiar with but still worth its weight in digital pages.  A word to the wise, I’d steer this one towards older teen readers and adults due to some content being a bit less kiddo friendly;  it doesn’t take away from the story, just came as a bit of a surprise and I wouldn’t want younger eyes necessarily happening upon it quite yet.

Ebook for review courtesy of author David Meredith.  (THANKS!)  For more information on this title, be sure to stop by the author’s site, like him on Facebook, or follow along on Twitter.  This title is available now in ebook format only (darn!), so be on the lookout for it on a virtual shelf near you.

There seem to be lots of these books around and whilst I'm still not too sure about the whole re-imaging thing there are books of this genre, and this sounds like one of them, that seem well done.

@Tracy Terry
I'd like to think so :) I definitely tried to do my homework for this one in terms of referencing the original Grimm Story (NOT Disney)and then trying to craft something that was not just a fan-fic variety retelling, but rather an impactful reexamination of the human qualities of this very well-known character and then forging a narrative that has real present-day applicability and impact to modern readers. I suppose what I was really trying to do was pen a story about grief and moving on, but telling it from the perspective of someone already familiar to most people who was easily relatable. The main character is Snow White, but I think the book is really ABOUT dealing with loss and finding purpose again in the face of dispair.