So, did ya miss me?  I know, I promised I'd be back yesterday with more bookish fun but life has been more than interesting lately and I just wasn't feeling up to snuff.  My passion is reading and sharing those experiences with all of you is the icing on the cake but if it becomes a chore, then I'm nothing more than a slave to the bloggish machine.  (I definitely don't want that too happen...I'm five/six years strong!)  Speaking of slaves...

Today's featured title is a Children's Fiction title that's historically placed and partially based on a figure from our pasts.  It's been suggested as an educational summer read for the kiddos but I think it would actually serve rather well in an actual classroom setting offering a slew of topics for discussion.  Before we get too deeply into the recommendations though, allow me to properly introduce today's book of choice... 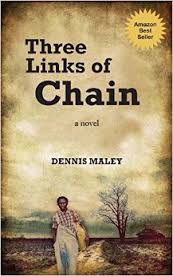 About the book...
The flyer reads, "One dark mulatto runaway, aged fourteen, well dressed and bright..."

Blanche thinks he has it good. He has risen above the field hands to a position helping run a printing press. He's well fed, never physically mistreated, and he has taught himself to read, though he keeps the illicit skill a secret. Most importantly, he has been promised a chance at emancipation. Then, in a single bloody morning, his world is overturned, his master lies dead, and his widow has no intention of following through with her husband's promise to free him.

Blanche would never have considered running away from his old life, but faced with the prospect of being sold as a laborer or worse, he forges his free papers and flees north, a fugitive, to create his own future. Only a few steps ahead of the slave catchers, he travels hundreds of miles across the violent backdrop of "bleeding Kansas" in the 1850s, a land torn by apart by two very different visions of humanity.

As I said, definitely something I could see being a great assigned reading title in (and out) of the classroom. 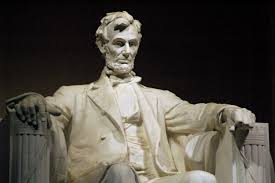 I developed a certain "love" of this type of literature touched with the darkness of American history back in high school.  We had a project assigned that would be a third of our grade for both English and History, with each teacher grading their appropriate subject.  What or rather whom did I choose to write about?  Abraham Lincoln...a rather fascinating historical figure if you ever have the chance to read about in your spare time...one of many figures tied to the abolition of slavery.  I developed rather strong feelins about the entire concept of someone owning someone else; the idea was simply preposterous...and yet, it happened.  It's a time in history we'd rather forget and yet perhaps our better option to forgetting is to learn from the mistakes made so as not to repeat them.  Anyway, I'm off my soapbox for now; let's get back to the story.

Blanche was quite the character.  He was strong in body and mind with a spirit that just wouldn't let go.  He was promised his freedom upon the death of his master but when push came to shove, his widow had no intentions of seeing his word made true.  Talk about a rude awakening!  His trust (as much as a man owned by another can have) was placed in that man and there was never any sign that it was misplaced but that woman...what a piece of work. I wanted to smack her upside the head myself (especially when you find out what she's done with the will!) but in her case, it wouldn't have done much good for she had the spine of a jellyfish as could be seen when she witnesses the bullying of the town preacher.  Tisk tisk ma'am, tisk tisk.  Blanche did the only thing he could do....he ran.

Seems like an easy escape plan, right? WRONG!  There were slavecatchers hot on his heels and lilylivered souls too cowardly to stand up for what's right (or perhaps more concerned with reaping the reward offered) ready to turn him in at a glance.  He didn't know who to trust if anyone for that matter and yet with all that said there was still kindness to be found.  Among those houses displaying a particular wheel patterned quilt, or at the door of the house burning a latern in pure daylight, those that believed each person was in fact their own master fought the good fight day in and day out.  There efforts were masked, their tasks not without consequence at times, but they knew what had to be done and were more than willing to but an end to what should have never been. 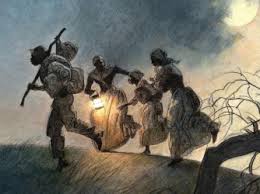 Favorite moments?  I've got two at opposite ends of the spectrum.  The saddest part for me, aside from the fact that Blanche never knew whom he could truly trust, was around page 196 between him and Husband the dog.  I understand why he did what he did, it was life or death literally, and I appreciate that he felt sadness for it, but I had a hard time accepting it and wish more than anything the human persuers met that fate instead.  The best moment for me was actually at book's end.  The moment Blanche realizes that his freedom doesn't count for much if all those left behind still suffer the same fate and makes a life changing decision, that was the moment I virtually fist bumped him through the pages.  Well done sir, quite noble indeed.

To conclude, a moving story filled with much history that will speak to readers of this particular genre both in childhood and wiser years.  Though perhaps not historically accurate to a "T" (a point that's nailed down precisely at book's end, scene by scene and character by character), it does a great job representing the times nonetheless; the way I see it is if I wanted to read it for the exact history, I would have picked up a nonfiction read so I'm perfectl fine with the limited creative license the author used.  The writing is sound, the story is engaging, and it certainly does a great job in making the reader sit up and listen.  What will you take away from it?  Perhaps the better question posed is what will you take out into the world after having experienced the ignorance of man towards his fellow man in such a vivid way.... 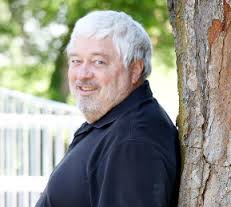 Dennis Maley…authored Three Links Of Chain, a novel for middle grades and young adults, about a literate slave boy’s flight for freedom, published by Jublio.

Maley grew up in Kansas and resides in Oklahoma. The last time he remembers being single was during the “Summer of Love.” He and his killer reading teacher spouse have two great kids and three wonderful grandchildren.

He was the preacher in his kindergarten’s production of “The Tom Thumb Wedding.” In first grade, his mother scolded him for being Chairman of the Entertainment Committee. To his credit, the post was merely honorary, he served without compensation, and as the title “Chairman” implies, he always collaborated. He sang and bet Phileas Fogg he couldn’t circumnavigate the world in eighty days in his senior class play. He played the mayor in a community theater production of “The Best Little Whorehouse in Texas.” He’s presently learning to play banjo. But he sings, dances, acts, tells jokes too poorly to make a living at it. The same is true of golf and poker.

His vocation, income tax, taught him how people behave under stress.

Special thanks to Jessica at Mindbuck Media for the ARC for review.  (THANKS!) For more information on this title, the author, or those promotions on the horizon, feel free to click through the links provided above.  This title reached publication July 2015 via Jublio, so be on the lookout for it on a bookstore shelf or virtual retailer of your choosing.

This sounds like a great book. As educational as it is entertaining, its my kind of read.

Will recommend to my daughter who teaches 6th grade. Thanks for sharing on the KidLitBlogHop.

This book sounds SO good - I got chills just reading the description. Thank you for sharing your great recommendation in the Kid Lit Blog Hop! :)

That's a book I'd like to read. I'm another fan of that sort of book. Thanks for sharing it with us!