I SEE YOU: Teen Hyde by Chandler Baker

Today, we're featuring a title that just celebrated its BOOK BIRTHDAY (yesterday...happy belated!) via Feiwel & Friends.  It's a Young Adult work of Horror, in fact it's the second in the High School Horror series, and whereas many titles that seek this sub genre fall a bit short of the actual scare factor; this one TRULY brings the horror.  If you haven't gathered from the title or the series name, it's a modern day rework of the classic dual personality tale many have grown up with.  If rewrites are your thing, you're in luck; if they're not...they're about to be.  Ready or not fair readers, I suggest you turn the nightlight on as we welcome today's book of choice... About the book...
Cassidy Hyde is NOT having a good year. Her boyfriend cheated on her, killed her best friend's date during homecoming, and was then murdered in turn by a serial killer, and that's without counting the thing that no one knows about. (But Cassidy doesn't like to think about that.) The point is, anyone would be a little depressed and no one can blame her for looking for a little bit of help. That's where Sunshine comes in. This new experimental drug makes Cassidy feel like everything is good and she's the golden girl once again. A little memory loss feels like a small price to pay to get her life back. And the fact that boys are once again going missing (boys who Cassidy does NOT want to remember) has NOTHING to do with anything! Right? 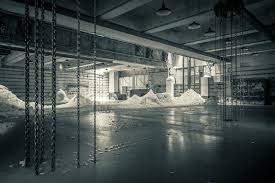 From the uber-creepy (yet creative!) song of revenge Marcy sings to the multi-player stage set for the (well, someone's) end, this story definitely rates high on the thrills, spills, and chills.  Told in alternating chapters between Cassidy and Marcy (all depending on who is in control), we get a glimpse of a normal, everyday girl shattered by events that were truly heinous, committed by those that one could certainly call monsters and not be far off track.  I mean, what else would YOU call five versus one, guys to girl...in the dark...with liquid courage warming the blood (well, her's anyway) and making escape something less than feasible?  In a word...criminal (among other things), but some don't take these things lying down.  Some fight back in very...unexpected ways.  Some don't make it through the act in one piece, let alone the fallout.  Some manage to find peace...but the price paid on both sides may be too great to bare. 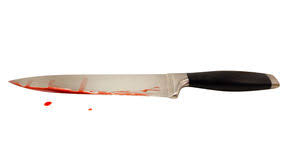 I'm telling you straight up, if you want a book that is dark, twisted, and while you're certain her actions are not the right way of handling things, you can't exactly find a reason to stop her (fictionally speaking), this is the book for you.  It takes the classic of old and gives it not only a modernization, but a reason behind the actions that will have you much more sympathetic to her plight despite the unnerving feeling you get when Marcy cuts loose.  The author really drags you in so that although you're viewing the word through the same set of eyes (technically), you can still manage to see the varied shades between the personas present.  Who will win out?  Will good trump evil?  Perhaps...but maybe not in the way you're expecting.

Recommended for older teens and beyond due to violent content more so than the nature of the crime committed....for although it is horrific, it's described in such a way that it's more read-between-the-lines than full on disclosure...definitely not Marcy's style.  *shudder*

Chandler Baker grew up in Florida, went to college in Pennsylvania, and studied law in Texas, where she now lives with her family and an ever-growing pile of books. Although she loves spinning tales with a touch of horror, she is a much bigger scaredy-cat than her stories would lead you to believe. In addition to the High School Horror series, Chandler is the author of the young adult novel, Alive.

Special thanks to the fabulous team at MacMillan for the ARC for review.  (THANKS!)  For more information on this title, the series, the author, or the publisher, feel free to click through the links provided above.  This title is available now via Feiwel & Friends, an imprint of MacMillan, so be on the lookout for it on a bookstore shelf or virtual retailer of your choosing.

Whilst a genre I tend to stay clear of - I admit to being a big scaredy-cat - this does appeal to me. Sounding deliciously dark, I love the cover.

A fine assessment indeed, my friend!