Things aren't always what they seem: The Ugly Teapot: Hannah by Fred Holmes

HI guys and gals!
Welcome back to the bookish site I like to call my virtual home, Satisfaction for Insatiable Readers. 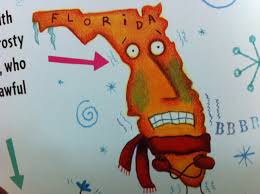 So, pretty much MOST of the US of A is in freezing temperatures right now...including FLORIDA!  We were wearing shorts on Christmas Day, but January 7th has us breaking out the faux-bearskins.  I know, right?  WEIRD...but I'm still loving it.  What can I say?  My mom transplanted us from the Northeast many moons ago, but I never lost my love of a good winter chill.  Cie la vie...give it a day or two and it'll be gone again, but give this book a chance, and YOU will be the one gone with the story.

Today, we're stepping inside the epages of a book that really surprised me in more ways than one.  From the start, I was interested..along the way, invested in the story...but by the final chapters, you had my attention on a string pulling it any which way you chose (nice job to the author!).  Ready to join me in my reader puppetry stint?  Here we go!  Today's ebook of choice is...

About the book....
Fourteen-year-old Hannah Bradbury loved her father so much that she worried about him constantly. After all, he was a photographer who traveled to the most dangerous places in the world.

To allay her fears, each time he came home he brought her silly gifts, each one with supposed magical powers: the Seal of Solomon, the Ring of Gyges, even Aladdin’s Lamp. It was that lamp Hannah found the most unbelievable, for it looked like an ugly teapot. Nevertheless, her father assured her it was real, and made her promise to save her three wishes for something very special.

Then . . . six months later . . . the unthinkable happened. Her father was killed while on assignment to Baghdad. And so on the day of his funeral Hannah did something she never thought she would ever do.

The Ugly Teapot by Fred Holmes is a timeless tale, filled with magic and adventure. More importantly, it will make you believe in the overwhelming power of love.

"...like so many things, it is not what is on the outside but the INSIDE that counts..."

Do you like tales of love and loss?
Do you like ADVENTURES to faraway places and myths/legends that may hold more truth than you dared to think?
Do you like dangerous battles with odds not so much stacked in your favor?
Do you enjoy encountering beasties both fabulous and uber-spine-chillingly scary that would just as soon eat you as look at you?
Do you like stories that capture your heart and imagination while delivering an ending you never really saw coming in all the best ways possible?

If you said yes to any or all of the above questions posed, THIS IS THE BOOK FOR YOU.

What started as an adventure through the pages of a new-to-me author's work with an unusual title (seriously, an ugly teapot...what gives?), ended with a flash bang boom of revelations, understandings, and emotion that floods your heart.  Hannah's love for her father transcends even the most permanent (or is it?) of boundaries, and his spirit of adventure and lush imagination lives on within her.  These very traits are what transport her to the curious circumstances she lands in with an evil Magician on her tail (and I'm talking Jafar with an extra dose of deceitfulness, determination, and unstoppability), vicious goldfish piranha trying to strip the flesh from her bones, and other devilish creatures from the depths all taking a step into the half-light to stop Hannah from doing the one thing that could save them all.  Take heed fair readers because if you noticed, I said COULD...

By book's end, you'll have had so much magical fun and heartache wrapped into one enjoyable read, you won't be able to stand it...so you'll go out and share it with the next person you see in need of a good read.  Sorta like I'm doing with you.... ^-^  My only slight negative would be that it can get a little overly step-by-step descriptive of a scene or two, but it's nothing to be overly concerned with...because the story is still just THAT good.  Recommended for teen readers due to a few fairly violent ends met by some characters...we don't need little ones getting nightmares... *grabs nightlight* 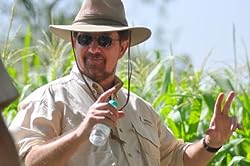 THE UGLY TEAPOT is Fred Holmes’s first fiction novel, having previously ghost written a nonfiction book, LETTERS FROM DAD. He is known primarily as a writer and director of films and television, working primarily in family films and children’s television. His work can be seen on Mary Lou Retton’s FLIP FLOP SHOP, BARNEY & FRIENDS, WISHBONE, HORSELAND, IN SEARCH OF THE HEROES, and many other shows, for which he has won two Emmys and three CINE Golden Eagles, among numerous other awards. He has also directed three feature films, including DAKOTA, starring Lou Diamond Phillips, distributed by Miramax, and HEART LAND, a Bollywood feature film shot on location in India. He lives with his wife and son in the southwest United States, and can be found online at www.flholmes.com 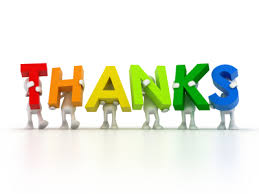 Special thanks to author Fred Holmes for the ebook for review.  (THANKS!)  For more information on this title, or the author, feel free to click through the links provided above.  This title is available now, so click on over to Amazon to snag your copy today!

Aw, this sounds delightful. I love books with magic and adventure in them.

Thank you, Gina, for your wonderful review! I'm hard at work on the sequel and I hope you're read it as well!

Oh my. This sounds so good! I like the take on the story with the lamp. Thank you!