Hello everyone!  Happy Tuesday to you (or whatever day you happen to be reading this)!  The weather is a bit off today down here....it can't seem to make up its mind whether it wants to be a warm day, a cold day, or a wet day...so we are left with a warmish-may-rain-later-but cold-enough-for-a-jacket day.  Cie la vie!  On to today's post... 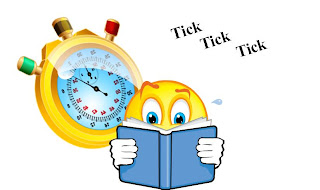 This was actually a last minute read for me....an unscheduled if you will.  You see, there was a post for those interested in reviewing a "mystery" author/title over at Bookblogs.NING....I threw my hat in the rink and TADA...a new contact was made.  Only problem is, the book they were looking to have read/reviewed needed to be done within about a week and a half, including mailing time.  (No pressure....no pressure....)  After debating and checking schedules, I accepted the challenge to help out a new addition to the book marketing field and ended up with a rather interesting read indeed!  Are you ready to find out the "mystery" book I was reading? (Okay, so if you read the title of the post, you already know, but just play along...it's more fun that way...)  Here we go!  Today's book of choice and mystery reveal is.... 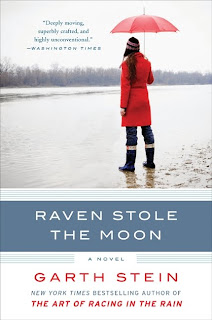 Jenna and Robert Rosen were the picture of married bliss (operative being "were" but we'll get to that in a sec).  Young enough to enjoy life, old enough to bypass some of the more common mistakes made, and matched enough to have completed their family with their wonderful little boy named Bobby.  All seems well in paradise...well, sort of.  While on the fast track and gaining more of the finer things in life, Robert gets swept into the chance of a life time.  Invest a little (okay, not so little, more like $25,000) money in the Thunder Bay Resort and live the dream in his own version of a timeshare...they even throw in a free trip for the family to check it all out!  Not too shabby, huh?  Well, there is one small (nope...make that LARGE) detail that's been left out.  This wonderful new fishing-hunting-village/resort was built on land inhabited by spirits of the Tlingit (pronounced "KLIN-kit") people and despite their tendancies being neither evil nor good, it does not mean they take kindly to uninvited visitors.  Something was bound to happen, the shaman told them as much after the initial cleansing of the land went awry...nearly tearing his soul from the land of the living and leaving it in the hands of the kushtaka for an eternity of restless wandering within their service.

Two years after this initial incident, this family of three unknowingly steps into a dormant trap ready to be sprung at the most opportune moment....for the kushtaka at least.  Violently torn apart and left as a party of two, Robert takes a strong approach and moves forward, but Jenna is unable to fully release the now invisible hand of her little boy.  She still feels his presence, still blames herself for the events that lead to his early demise, and yet in the midst of this inner turmoil, something is calling to her, drawing her back to her family's homeland (Alaska) and the "scene of the crime".  Two years is a long time to some, but when grieving the loss of a loved one, a mere drop in the bucket.  Perhaps this trip will help put her mind, and heart at ease....then again, there is often a calming just before the storm....

Yes siree...I had actually heard of this author prior to reading this particular book, but had never read the work he was known for.  You may have heard of a little title called The Art of Racing in the Rain (okay, so not so little as it made pretty big waves when it was released)....it was heralded as a great read, so although a newbie to the author's style, I had high hopes for the book.  Needless to say, I was not disappointed and it definitely was not what I expected!

The combination of vivid characters with their less than perfect pasts revealed slowly through the march of time and memories allows the reader to become acquaintences first, friends later.  You will feel the heartache experienced by Jenna and her family at the loss (or is it?) of their little boy.  You'll grow to love the ill-timed meeting of Eddie, her Alaskan love interest.  Each time the two of them are close, the tension is so high level, it radiates off the page.  Oscar, the more-than-meets-the-eye dog she rescues from the hands of uncertainty...only to rescued herself.  Author Garth Stein took a realistic situation combined it with beliefs based in the Tlingit history, and delivers a story that is fictional enough to enjoy, and yet realistic enough to be felt (and inspire some research of your own). 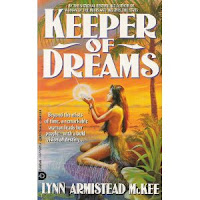 Reading this story, I was totally reminded of a book I read in an airport once about 10 years ago.  I was bored and we were having an extended layover due to some issue or another and so I picked a book from the little gift store and began to read.  I think the title was...no wait...GASP!  I just found it!  (Yay for Google and perseverance!)  It's called Keeper of Dreams by Lynn Armistead McKee.  It's not that the story is that similar, it's merely another unexpected good read I happened upon that had native beliefs at its base.  For some reason or another, that aspect of "magic" or folklore seems to hit harder at times...perhaps because we know the people from the stories exist or existed and so why not the mystic lore surrounding them. (*ponders*) Interesting fact....this story was actually written (originally) thirteen years ago AND much of the lore included was pulled from his heritage.  That's right....blood-wise he is from the Tlingit lines, though raised with mere glimpses of its presence...yet another tie that blurs the line between fact and fiction.

Regarding the content of the book....I'd list the recommended reading age as later teens to adult as there are a few instances sensual in nature, not to mention the kushtaka can definitely form a rather frightening picture in our minds eye.  If you haven't read a book of this nature before, I would recommend doing so....it's really a fun experience.  Afterwards, you may feel inclined to research some of the aspects of the story that appealed to you more than others and that's the beauty of this type of book...there is more information to find.

Review copy received courtesy of Sarah at Terra Communications.  (THANKS!)  For more information, feel free to check out their site, or click on any of the links included within the review.  This particular edition of the book was released today so it should be on a bookstore shelf near you right now!

COMMENT CREATOR
Have you ever read a fiction book that combined native beliefs with the story line similar to this?  If so, feel free to share the title/author and what you thought in the comments below!  (If not, no worries....I like general chatter in the comments too.)

i've been meaning to read The Art of Racing in the Rain for a while and now your review makes me want to read this, too. *sigh* my poor TBR pile...

i went to Alaska on vacation recently (loved it!) and heard quite a bit about the Tlingit people, so this is just an even bigger draw for me. the history of the people is amazing and the land is just breathtakingly beautiful, so i can imagine it all makes a nice backdrop for a good book. i have yet to read anything about or set in alaska, so i might have to make this my first.

thanks for the great review!

Oh this book sounds wonderful, just the kind of read I need right now. I definitely need to add this one to my wishlist.

Much to your surprise, and most everyone else, I'm actually part Cherokee Indian (mostly because I'm incredibly fair skinned). I love reading about books like this because it helps me remember my ancestry just a bit. Unfortunately I can't think of any off the top of my head! Sorry! Wonderful review, thank you!

thelittlereader.net: LOL, glad I could add to your TBR. =0) Regarding your trip to Alaska, that is really awesome! I've always wanted to go there.....and you're right, it looks like this would definitely have real-world ties for you having just experienced the sights, sounds, and people. If you read it, I'd love to know what you think!

Bella: *SMILE* Great! Glad it could fill that small empty spot in your wish list....LOL. =0)

the1stdaughter: WOW! I did not know that....interesting! I could see how books like this would hit home....would love to see your take on the book as well should you decide to read it! (...and thanks for trying to answer the question....) =0)

I love the cover of Raven Stole the Moon - love it. The book sounds wonderful. Thanks for a great review! :-)

Raven Stole the Moon sounds like an interesting read. I enjoy books with a paranormal twist in them and your review is written well enough to be thinking "Storm...what storm? What happens? How could you not mention what happens next?!?"

Shannon O'Donnell: Agreed! The cover definitely works for the book.

Marc: LOL. Glad your interest in the book is on high alert! =0)

Love the concept of Raven Stole the Moon... hope I win it!

i'm so interested in the setting of this book. thanks for the keeper of the dreams mention. i want to check that one out as well.

Keeper of dreams seems different..Great week for you!

Raven Stole the Moon sounds so good. I LOVED The Art of Racing in the Rain!

The Art of Racing in the Rain and Raven stole the Moon sound so good. I have read quite a few great reviews. I have both books on my list of books to read!!

Alright! Let's keep the entries coming! Good luck to everyone! =0)

Dr. Bill Smith: It is really a great read...

vvb32 reads: Yeah, if you like this one, you'll love that one too.

Teddy Rose: Haven't read that one yet, but definitely going to check it out.

Marilu: LOL on the verification word....I totally agree. It's the book "speaking" to you. =0)

I'm looking forward to hopefully winning and reading "Raven Stole the Moon" - I enjoyed your review.

There is nothing like a good mystic fantasy mystery book =]

Raven Stole The Moon sounds good! I would love to read that one.

The combination of so many elements (love, loss, ancient native ties and beliefs) leads the reader into a new world of mystical reading. This is a book that pulls in the reader to a journey of discovery and reflection. I would certainly love to read it.