Life Lessons Learned: Before I Fall by Lauren Oliver

Hello, hello!  Welcome back to Satisfaction for Insatiable Readers!  Can you believe that it's already MARCH!  It seems like only yesterday February was upon us....oh, wait it was....okay, well, what I meant to say is that the year is just flying by for me so far...how about you?  With a new year, comes the promise of many good things.  The one in particular that gets straight to the heart of readers everyone is the anticipation of new books to read, talk about, blog about, etc.  The air is just pulsing with the anticipation...some of that will filter right into the book about to be revealed....

Today's post deals with the life of a teenager turned upside down, inside out, and left somewhere to be picked up later....well, if she has a later.  Let's get down to business, shall we?  Today's book of choice is.... 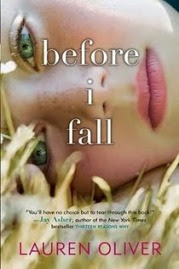 Before I Fall
by
Lauren Oliver


Have you ever passed the proverbial train wreck and felt the guilty need to look keep on looking even as you pass by?  I mean, you know that things are not going to be pretty...heck more than likely are downright messy.....and yet you have this in-born desire to know, to see, to connect in some way with what you are witnessing?  It's human nature.  The curiosity that kil......well, you know.  Our questioning ways get the better of us from time to time and BOOM.....we do something that later is somewhat regrettable.  Or maybe we don't act on that draw, that feeling and something else all together and utterly different occurs....one just never knows.  Such is the case with life and with chance.  Life is full of chances.  Chances to do right and wrong.  Chances to raise our voice and to silently slip away.  The problem lies in knowing which option, which chance is the right one at the right time. 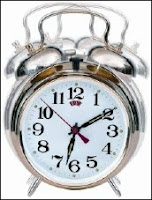 Samantha, our main character and party girl extraordinaire, is living what should be the best day of her life…that is until a tragedy that is all too common occurs.  Partying, drinking, speeding, and driving….all elements combine into a life-altering event that sends our dearly departed Sam into the land of, well…the departed.  Or does it?  *BEEP*BEEP*BEEP* What is that annoying sound?  *BEEP*BEEP*BEEP*  An alarm clock?  That’s right.  You my friend have just entered the “Groundhog Day” zone (as in the movie).  For the next seven days, or rather 24 hour-type periods, Sam gets the joy of reliving her final hours all the while trying to figure out the what and why of her situation.  Seriously, would you really want a chance to redo a day in your life?  Absolutely!  But SEVEN times….there must be a reason for this or at least a way out!  From the everyday issues of fights with your best friends to boyfriend troubles, to the serious topics of suicide and mental stability, her story is filled with all the bumps in the road life can offer.  Can Sam find a way to break this cycle once and for all?  Does she even care enough to?  What other secrets might she uncover along the way?  You’ll have to read it to find out…. (Hehe…you didn’t think I’d ruin it for you now did you?) 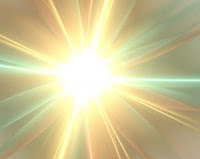 Author Lauren Oliver comes out strong with a concept I've yet to read in a YA novel (that's not to say that there isn't something out there that reflects some of the issues raised in this book....it's just that I have not read them myself).  From start to finish, you expect what the ending will be, but never in quite the way it ends up occurring. Samantha dies in the first chapter, it's no secret. ...I mean the synopsis says as much (not just mine, the actual book description). The way that the events play out though is an entirely different case.  This book is about the 7 times she relives the same day, the same events, but in a new way. You "live" through SEVEN different versions of it right along with her, albeit each version branches in another direction based upon the choices she makes. 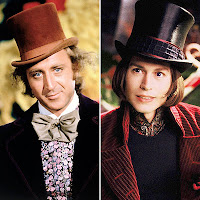 Now the significance of the 7 days reference makes me wonder whether or not the author  was going for an underlying religious aspect (the notion of how the world was created in 7 days, etc.....I'm not going to preach to you, but just in case you didn't know the reference I meant).  I mean, she has to live that same day 7 times in order to gain the insight, the knowledge, the level of understanding needed for her to be able to let go of the insignificant and make a permanent home in her heart for the things that really matter.  (See where my "wonder" came from?)  It's amazing the growth that can occur when one knows it is their last moment, last breath....last chance.  Despite this aspect, the message the book portrays is good for one and all, regardless of background, religious affiliation, etc, etc, etc.  (Hmm...starting to feel like Willy Wonka with all the etc's there....more Gene Wilder than Johnny Depp though) In the end, the message is clear. The most important thing of all is revealed and everything else is scattered to the wind.  (Now on to a few more personal thoughts on the matter….) 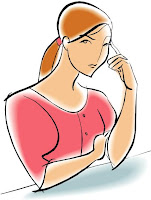 Initially, I wasn’t too keen on the book.  (Why?  I’m going to tell you…hang on….) The main focus in the first few lives….sex.  That’s right.  Who’s doing it with whom, why, how, and of course, one mustn’t die before getting the chance.  Yeah, it was definitely not getting high regards from moi.  Still, I had hope.  Hope for the story (as this was the first of its kind I’ve read), and hope for the character (there had to be some growth, I mean really).  Lucky for me, that hope was not misplaced.  The story line marches forward, even though the actual time in the book continues to loop.  All of the characters experience some growth, but Samantha most of all (as it should be really…she is the main focus, although not the only life that is prominent within the story).  We come to find out **POTENTIAL SPOILER** that Sam really isn’t as hard as her exterior makes one believe, nor are her friends as ill-intentioned as they come off.  We also discover the not-so-surprising truth behind the many faces of her boyfriend as well as the love-able hotness of her best guy friend that’s been left by the wayside for quite some time.  **END OF SPOILER**  The ending, although expected in many ways, is not what you believe it will be.  Suggestion?  Keep a box of tissues at the ready….you’ll need at least one or two (yep…the final pages definitely got to me).  The perfect song that came to mind (and ironically on the radio when I was thinking about this post) was Nickelback's, If Today Was Your Last Day.  It fits the story quite well indeed (hey, if it gets made into a movie like many of the others, maybe they'll include this one).

In the end, I’m glad that I signed up to read this particular book.  Honestly, I can’t say if I would have picked it up on my own or not…I guess that’s one decision that’s not left to chance. Recommended for older teens and adults of the YA genre. I would caution some younger readers only due to the fact that there is quite a bit a time focused on sexual conquest...at least until the character gains a new prospective on the ways of the world. 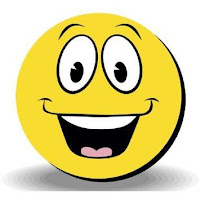 The scheduled release date (as of this posts creation) is set for March 2, 2010.  Special thanks to B&N First Look Book Club for the ARC for review.  (THANKS!)  Check out their site or follow them on Twitter to learn of new opportunities as they arise.  You never know just where your next favorite book will come from.  To find out more about this book as well as author Lauren Oliver, she has a great little site of her own as well, plus she's on Twitter (yep...another to add to your "following" list).
COMMENT CREATOR
The question is actually posed in the book, but I figured I’ll throw a version of it out here for curiosities’ sake.  If you had to relive one day of your life thus far, which one would you choose and why?
Until next time….happy reading!
Posted by Gina at 12:56 AM

Christina/Book Addict: You're welcome! Would love to see what you think of it once you've finished as well....(always curious to see another's opinion). =0)

I've got BIF to read after finishing my current read, Evermore (which I'm loving!).
I don't know why, but I love crying when reading/watching movies, so I'm taking your advice, and will keep a few hankies near me when I get close to the end!

Hm... I normally love me some YA, but I can't decide if this book is for me.

Sounds like an interesting concept if done well. I'm curious about how the author managed to pull off repeating the same day 7 times without it becoming monotonous.

Loved your review! Good advice about the tissues, as I definitely had tears in my eyes by the end. You brought up several great points as well, especially the 7 day question. I wondered about that too.

I doubt that I would have read this one if it wasn't for the B&N First Look program, so will keep an eye out for their next one. LOVED THIS BOOK! :)

I've seen this one around so much, but I can't decide if I want to pick it up. I may wait until I can get it at my library.

And as for reliving a day...probably my wedding day. Because 1-it was my wedding day and wonderful, but 2- we didn't hire a very good photographer and I regret it every day, I'd definitely change that.

Ella Press: Great! (I've heard that series is good too!) Can't wait to see what you think!

Nymeth: It is a bit different than the ones out there right now, but I think it was in a good way....up to you in the end, of course. =0)

Dreamybee: The beginnins day reruns were a little, but as you move forward in the book, it makes sense for where the main character was still in her growth process.

Alexia561: Thank you for the kind words! Glad to hear I wasn't the only one tearing at the ending....I mean you knew it was coming, but the WAY it happened.....

The1stdaughter: Yeah, if unsure, I'd wait for the library too. Nice choice on your "day to relive"...sorry to hear about the photography issues, but at least you'll always have the memories in your mind and the love in your hearts. =0)

Loved your review!! I have this one on my wishlist, based on recommendations alone, but I didn't really know that much about it. Now though, I am pretty interested in the concept and would love to read it.

Aths: Thanks! It's great that all the recommendations you've received were able to place this book on your wish list...I hope you enjoy it and welcome your thoughts once you've finished! =0)