Happy Friday, everyone!
Welcome back to Satisfaction for Insatiable Readers!
Hoping that this post finds you well, if not perhaps it will help lift your spirits as it is Friday after all...the weekend is just around the corner!

Today's post is a fun one indeed for it not only features a book review by yours truly on a title that is most intriguing to say the least, but I also get the chance to shine the spotlight once again on a fantastic feature that has been (and still is) going on this month!  HarperCollins Children's Book feature this month is the....

This feature is all about experiencing new adventures from middle grade authors! Some of the great names you will find include Frank Cottrell Boyce (Cosmic), Maryrose Wood (The Incorrigible Children of Ashton Place) and many more. See the stories come to life with games, book trailers, podcasts, and more!
~~~~~~~~~~~~~~~~~~~~~~~~~~~~~~~

If you haven't checked out all the fun yet, make it high on your to-do list before it's too late!  I had hopes of reading two of the books as I already owned one, but alas, time did not permit.  No worries...as promised, I have a review for one of the featured titles to share with you today!  Get ready....we're about to set out on a mini-awesome adventure of our own!  Shall we?  Today's book of choice is.... 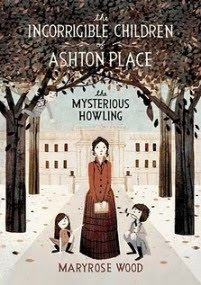 The Incorrigible Children
of Ashton Place
Book 1:  The Mysterious Howling
by
Maryrose Wood

Miss Penelope Lumley has just graduated from the the esteemed Swanburne Academy for Poor Bright Females at the tender age of 15.  She has her whole life ahead of her.  Step one begins with her recent procurement of a position with a prestigious family suitable for a scholar of her level.  Yes, my friends, she is going to be a.....governess.  (For those that don't know, a governess is sort of like a nanny that not only watches and cares for the children of the house, but also instructs them in everything from proper ettiquette to their school day curriculum.)  Travelling away from the only home she's ever really known (she was brought there by her parents at a very young age and hasn't seen them since) toward an uncertain future, Ms. Lumley keeps her book of favorite poems close at hand for comfort and support. 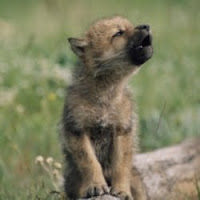 Upon her arrival at Ashton Place, she senses something is not quite right, but dismisses these feelings as a case of nerves...after all, this is her first interview and if she doesn't land the job, where will she go?  She need not worry in this case because Lady Constance is as new to the procedures as well and happily welcomes the young girl with the glowing resume...a little TOO happily.  The proper papers are signed and her belongings are brought up to her new quarters when..."Aaaahoooooo!"  What was that?  "Aaaaaahooooo!  Bark!"  Good heavens, there are dogs in my post?  ---leave screen to investigate--- ---comes back to screen--- Whew!  Thank you for waiting, it appears as though the lingering conversations between student and pup, I mean pupil leaked into my review...moving on...

Just as she was settling in, Ms. Lumley heard some rather strange noises, not unlike the ones you just heard/read, coming from the barn.  Since she had no charges as of yet (Lady Constance wanted to introduce them the following day) and she had some skills acquired from the veternarian at the school, she went outside to investigate.  To her surprise, it was not a pack of dogs that she discovered, or should I say not exactly a pack of dogs....rather it was three scruffy, unclothed....CHILDREN!  GASP!  Yep...these were to be her charges! 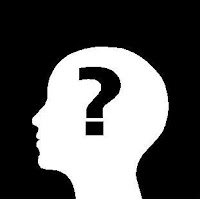 It seems that the three children were discovered on the Ashton Place grounds two weeks prior when Lord Aston was hunting local game.  (Yeah, not exactly a great way to greet anyone new...at the end of a musket!)  Imagine his surprise, coming upon the three of them in their current state and seeing them behalf much like wolves.  They stick together like a pack.  Prefer to walk on all fours.  Even long to chase after the squirrels that seem to over run the area.  This is not what Ms. Lumley signed up for, but pulling from her skewed background of knowledge she faces her task undaunted.  She is to bring the children back to "normal" standards and get them ready for an introduction to society a task not to be taken lightly.  Things seem to be going along swimmingly, but for how long?  Will she ever be able to solve the many mysteries that plague this upper class hideaway?  Or will everything from the mysterious howling as well as the schottische go unexplained?  Take a look into the hallowed halls of this manor to see what truths you might uncover....

What can I say?  I really enjoyed this book!  I had seen the title locally before and the cover/title really drew my eye.  Lucky for me, HarperCollins was including this title as a part of the AWESOME ADVENTURE feature and I got the chance to review it in turn!  (THANKS!)  Where to start, where to start...there is just so much I wish to share, but I don't want to get into spoiler-ish territory.

For starters, the title is actually explained within the book.  To shed a little light on it....Incorrigible ends up being the last name Lord Ashton bestows upon the trio (nice right...hang on, it gets worse), perfectly matched with their new first names....Alexander, Beowulf, and Cassiopeia.  I love the fact that the meanings of each name are explained within the story, it adds to the overall experience (learning + reading enjoyment = great combo).  Another part that will carry forward long after you've finished, are the sayings of Agatha Swanburne herself.  Though it was hard to choose, one of my favorites that brings Lumawoo, I mean Ms. Lumley, strength times a great challenge is "No hopeless case is truly without hope."  How inspiring!  There are many other worded gems to partake, but alas I will leave them for your discovery.

Last but not least, there are two unexpected twists near the end that you can't possibly see coming...setting you up to join me in anticipating the next book in the series. (Um...Ms. Marywood Rose?  If you are reading this....thank you for the wonderful story and loveable characters, but we REALLY need that next book...there are questions that must be answered!) Really, I simply must know who her parents are and what of the similarity discovered by Cassiopeia?  I can't wait for the next installment to welcome back these three children and their wonderful governess (and Nutsawoo, the loveable squirrel...don't ask, just read it) and you can be certain I'll be securing a copy as soon as I catch wind of it's release....

Review copy provided by Laura at HarperCollins Children's Books.  For more information, check out their website, or follow along on Twitter.  Don't forget to check out the AWESOME ADVENTURE feature going on now for more on this great title and much, much more!

I shall leave you with a final bookish quote from Agatha Swanburne herself....

All books are judged by their covers until they are read.

I really want to read this :)

This sounds so fun! I love the cover and your review. What an original story line. Also, the quote at the end is just perfect!

what a fun sounding and looking book! i like the names too - beowulf!

This sounds awesome...You really must have enjoyed this! Loved the pictures as well in the post

I found your blog via Blog Hop.

Glad you enjoyed this!! I so want to read it!!