Greetings and salutations!
Today marks the final countdown to the Harry Potter and the Deathly Hallows - Part 1 release and for those of you attending the midnight release parties across the states, you'll be in good company...as will I.  Yep...my HP T-shirt is all picked out with accessories and jacket (um, yeah...will be all HP too, but tasteful, not tacky...*ahem*)﻿...just can't wait for it all to begin.

Alas, wait I must, for a few more hours anyway...in the mean time, how about a review?  I'll be toting along a copy of my current read (which one remains to be determined) though it's doubtful how much time I'll have with it, but today as every day I'd like to share with you my thoughts on a book I finished not so long ago.  This particular book was mentioned for the most part in passing on many a blog but not so much for its literary merit or lack there of, but for the subject upon which this fictional story is based; warranted concerns or not, will be left for you to determine.  You may wonder why in fact I chose this book instead of a more magically appropriate one in light of the HP celebration (and if you didn't wonder, just pretend...I won't know either way); that's simple.  Life is not always magical and if you remember back to Harry's pre-wizard days....the Dursley's were none too kind to him, in fact his life was fairly harsh...as is the existence eeked out in this story.  Today's book of choice is.... 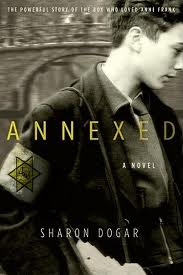 It's July 1942.  The world as many know it is coming to an end.  The rise of Hitler and the vileness of their supposed order is spreading like a plague forcing those that would be free to fight, flee....or hide.  Peter van Pels is one boy that wishes for freedom but alas can not escape the hand he has been dealt and so enters the Annex for what will become the best of the final years of his life.  With his last breaths, he endeavors to share their story as the memories come back to greet him like long forgotten friends.  Will you listen?  Will you take his words to heart?

If you can't tell from my description above, I feel a bit strong about oppressing others for such insidious reasons, though it's been done throughout history for one "reason" or another always leading to a battle with bloodshed on both sides.  Such carelessness for the lives we are given...truly makes me ill.  Why can't we all just get along....really, overused phrase, but a simple truth in the question.  Anywho, let me get back on track here...

One part of the book brought up in conversation prior to my read was the idea that perhaps a book like this was taking advantage of the infamous story of hardship and horror so many are familiar with thanks to the words recorded in one young girls diary.  My first thought....how so?  Perhaps taking liberties with the story line, changing personalities of those in the Annex, or simply riding on the coat tails of the unintentionally but undeniable fame of the original recounting.  The author, in my opinion, puts this idea to rest in the preface right from the start.  It is here she explains that as much as the events are known historically, she aimed to be true...however in areas related to personal  encounters, liberties weren't taken exactly, merely imagination used as any author need do in their work; envisioning herself as a third party within the tiny living space. 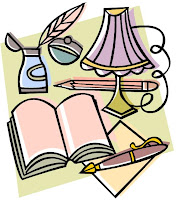 Think back to your own diary or journal; were you always (or others for that matter) the same on paper as you were in person?  Doubtful.  Barriers are removed as well as prying eyes and judgment within the pages of our own thoughts.  There's no need to worry about what someone else is thinking...it's all about us, ourselves.  If we wish to play the hero or heroine, so be it.  If we'd rather paint a picture blue instead of yellow, we do it.  The same can be said about the people portrayed.  It's our interpretation and as much as we want to believe all the little details at face value, there's no true way to know precisely whether or not all the character flaws or enhancements were real or imagined....it's all a matter of perception.  This gray area is where novels like this take flight.

The big events are there, but the story on a personal level is viewed through another's eyes and since there is no journal authored by this particular person...imagination is all that is left.  So what am I saying here after my lengthy ramble?  I'm merely suggesting that you allow yourself the opportunity to step inside Anne's world once again and embrace the chance to wonder and suppose what that hidden world was like from another players perspective...that of Peter van Pels.

As could be expected given Peter's age and the circumstances, many of his thoughts stray to love or rather a girl and whether or not his chance to be with one has passed once and for all, yet as these instances are many...his story holds much more.  Life and death are faced on a daily basis for although they are in hiding, each and every one of them knows how precarious their situation is.  If one person makes the wrong move, too loud of a noise, or goodness forbid someone imparts the information from their inner circle, all would be lost.  Does it happen?  Yes...and that's not spoiling the story for anyone if you have a notion of what happened historically.  Despite their being found, the many years they spent in the Annex were not all for naught.  They had their own version of growing up take place both outwardly and inwardly, all the time not truly having a moment to themselves to process it all.  (Can you imagine?)

Peter van Pels, while robust in some ways like his father, is rather hard on himself and the way he is perceived by others.  He doesn't quite give himself enough credit where credit is due, even in the smallest and most touching things.  For example, when he makes his family a menorah by hand carved from scraps of wood...then personalizes each candle holder with a small symbol to represent each member of their "family".  The work is in a field he would have enjoyed given the chance in the outside world, but it took much thought and care to include the others in the holiday memory.  Alas, some of this self-doubt may have resulted from Anne's presence, since according to him she was always playing a role and self-assured enough for the lot of them (it was the writer in her, I'm sure of it).

Peter and Anne's blossoming romance is sweet and somewhat unexpected (despite the tight quarters) due to their personalities, and the way they simply enjoy each other's company, a connection with another living breathing soul is touching as is the way the moments are described.  In the end, Anne's strong will and passion writing out shine any desires she may hold for a future for young Peter, a sad choice but one necessary for them both to be truly happy.  The way Peter questions things that are going on in the Annex and the world around him bothers Anne's sensibilities, and although they are somewhat controversial...how many teens (heck, adults even) haven't wondered similar things?  Why DOES one need to label others as a Jew or a Christian...why can't they JUST BE?  It's not that the person is not proud of who they are, but it is not all they are...is it?  Something to think about.... The story of these years gone by speak to us from the pages of history as a reminder of the cruelty of man but also of the power of hope and the human spirit; for though their enemies were many, there were those that came to their aid and eventually managed to crush the power that was holding them captive.  Unfortunately, it was not in time to save all of these poor souls, but as Anne wished her words do remain; a champion win on her part even with her not being present to witness it...and so their lives and stories live on.

In summary, a book steeped in our own history told from the last whispers of a fictional vantage point that tries to answer the question of what that world was like for the others hidden away within the Annex walls; a terrible trying time indeed but one that must be heard lest we repeat the failures of our past.  One final note...there is an epilogue containing what actually happened to each person during their final days as well as a listing of books for further reading on this subject should you desire to read more about these times on a fictional or non-fiction level.

Recommended reading for mid-teens to adults.  Review copy received courtesy of Anna Suknov at FSB Associates.  (THANKS!)  For more information on their current promotions, visit them online or follow along on Twitter (many options here....1...2...3).  The book publisher is listed as Houghton Mifflin and more information on their extensive catalog can be found at their website and, you guessed it, their Twitter feed.

Thanks for this insightful review, it's given me a whole new perspective as well as several things to think about.

If you can remember I posted a while ago that I wasn't too sure about reading this book, commenting that perhaps the story should not have been told. Your review has me thinking that perhaps it is no bad thing. Thanks again, I think I will read this afterall.

I reallllly need to try this book.

Good luck at the viewing :D

Wow! You gave a much more in depth review than I did of this book, but I agree with you on so many levels. So so good! This was a great book, writing wise I felt Dogar did an excellent job of staying true to the "real" story but creating Peter's as well. Overall though, it was just so sad for me.

Petty Witter: Yep! I totally remember reading your post...in fact I read and responded to it well before I even had the chance to read and review it so you actually started my curiousity with the title first! If you do read it, I'd love to know what you think.... ^_^

the1stdaughter: To each their own...your review was good too! Definitely a well told story but I agree with you as well...so sad.

I got this at BEA and left my copy in Florida. :( I didn't mean to! Great review. I guess I'll have to my mom ship it..

Bri Meets Books: Long time no see! ^_^ Tisk tisk...leaving a book behind..lol...but I would certainly get this one shipped, it was really good, well sad, but good. Hope everything is great in your part of the world!